Patterns of Abuse in Colorado 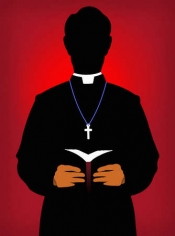 With the unqualified blessings of four Colorado bishops and following the template laid out by the 2018 Pennsylvania Grand Jury Report, former U.S. attorney Robert Troyer on October 24 released the Special Masters Report (the Report) on clergy child sexual abuse in all three Colorado dioceses. I will here limit my observations to my own Archdiocese of Denver, but those observations could well apply in principle to the two sufragen dioceses.

The report spans a 70-year period from around 1949 to the present found 124 cases of abuse, including alleged abuses, in the archdiocese ─ a distinction clearly overlooked by the Report. Clerical abuse is a reprehensible thing which ought never to be tolerated. Nevertheless, in the current “Me Too” environment what we now see is a rash of unverified allegations from decades long past being treated as established facts. Similarly, the evidentiary standard adopted in this Report was rather slim ─ whether “from our investigation it is more likely than not that a child sex abuse incident occurred,” a purely subjective standard which ignores the possibility of things like “transference” or misidentification, not unreasonable assumptions after a 40 or 50 year lapse.

The Report identified 22 clergy perpetrators, though several names stood out immediately as highly unlikely candidates for verification. One posthumous accusation, made in 2002 against a highly respected priest who died in 1954, offered no witnesses or circumstantial evidence as corroboration. Yet this highly respected cleric is roundly condemned as a “substantiated abuser!” In fact this no-nonsense yet beloved monsignor whose kindness and generosity were legendary fostered a score or more of priestly vocations.

But Fr. B was not alone in receiving such shabby treatment in a report that never refers to any “alleged abuse” but only to abuse as an established fact. The implied conclusion in such imperative language is that any priest named by the Report is presumed guilty until proven otherwise, thus making an innocent verdict a practical impossibility, especially when 65 years deceased.

Note that of 22 “exposed” abusers, ten had lone accusers. Of those ten, at least seven were  accused post mortem. The time between any alleged abuse and its first reporting ranged between 36 and 58 years, the average being 48. But over such long periods of time memories, for even the most sincere person, can fade or shift dramatically. Childhood memories can be surprisingly real yet deceptive in their details. Were any of those plaintiffs simply trying to settle and old score? Over a long career of 50 years any priest is bound to make some enemies. Where is the principle of “the presumption of innocence” so firmly rooted in our system of jurisprudence?

One of those priests named as an abuser I got to know quite well before he passed away. A golf loving, chain smoking curmudgeon, Fr. J was definitely not the sort of person who fit the sexual predator profile. Confronted with an accusation of sexual abuse in 1994 (which he roundly denied), his accuser could only pinpoint the date of the alleged abuse as “sometime in the late 50s or early 60s,” an amazingly generous seven year window. She claimed to be eight years old at the time, in other words she couldn’t actually say if she was born in 1949 or 1956 ─ or somewhere in between! A year later, in 1995, the case was closed when his accuser declined to continue the investigation. Yet Fr. J is now and will forever be identified as a “substantiated” sex abuser. Really? A priest is posted on a wall of shame with bona fide serial sex abusers based on some investigator’s subjective call.

This same kind of gross injustice appears to have been imposed on at least four or five other high profile pastors who spent 40 and 50 years faithfully serving their Catholic flocks. It seems that their reward in posterity is to have their good names besmirched while thousands of their family, friends, and former parishioners are left cruelly scandalized or filled with nagging doubts because of a single unsupported allegation loosely termed “substantiated.” Ironically, the authors of the Report cynically maintain that such posthumous character assassination is being provided to help heal and bring people together. I honestly doubt that such will be the end result of their zealous digging for dirt.

But what are the actual facts? The Report covers some 70 years of archdiocesan history wherein 124 cases of abuse, or alleged abuse, by 22 priests are recorded during that period. But the curve is heavily weighted. Five known perpetrators actually accounted for 99 cases of abuse, nearly 80% of all the cases involved. In fact one notorious abuser accounted for over half of the total cases! Those same five serial abusers fell within a 28 year period from about 1954 to 1982. After that the caseload drops off dramatically to virtually nothing by the turn of the millennium. In fact the archdiocese rightly points out that 89% of the known incidents occurred 40 or more years ago, with none in the past 20.

Put into a larger context, this horrific pattern of abuse was not simply occurring in some “Catholic” vacuum chamber as the Report seems to imply but in the midst of the hyper-sexualized culture of the Sexual Revolution. Bishops were hardly alone during that time period trying to adjust on the fly to the new hedonistic crisis. School principals, college presidents, administrators, and professional psychologists were all desperately trying to figure out how to contain the self indulgent beast then being widely unleashed on campuses, in schools, and even sports via the drug culture, widespread pornography, and family breakdown.

This Report all too freely indulges in “guilt by association.” Innocent priests or those whose culpability may be uncertain ought not be condemned alongside five or six confirmed serial predators in a court of public opinion. For many corroborating evidence is at best shadowy to nonexistent yet all 22 men are lumped together in a Report which makes no attempt to distinguish alleged abuse from actual proven or confessed abuse, guilty until proven innocent.

Incredibly, Colorado’s four acting bishops signed off on this “one size fits all” approach to investigating clergy abuses last February when they agreed with the attorney general that they would be given no chance to edit, redact, oversee, or control the final report. The investigators were thereby free to create a highly politicized Report as a cudgel to beat Catholics over the head while shaming and discrediting the Church if for no other reason than it continues to resist secular cultural norms regarding life, family, and marriage. A hostile Denver Post wasted no time in trumpeting salacious allegations in front page headlines, even printing sneering comments like “we had to rely on the integrity of people who have a motive to hide bad facts,” and “Really, they’re just scratching the surface.”

The whole process resembles a mugging, but this is no ordinary street mugging. In their eagerness to “turn the other cheek” our episcopal leaders, in their naïve yet well-intentioned desire to clear the air, have handed muggers the very gun now being used to mug them. Robert Troyer, the “referee” in this unsavory inquisition demonstrates “objectivity” through scattered editorial comments such as, “this is consistent with the self-serving passivity we have seen in other cases,” (of alleged abuse). He criticizes the archdiocesan Conduct Response Team who interviewed victims to ferret out facts as constituting an “intimating environment” (sic), presumably he meant an intimidating environment. The general negative tone of the Report is dismissive and highly critical even where the archdiocese has dramatically improved in ferreting out abusive clergy. There have been no new substantiated cases of abuse reported over the past 20 years, for example, yet this Report sniffs that this may only be because of a lag in reporting or inadequate record keeping.

In other words the Church needs the constant oversight of the state in order to keep its own house in order according to the Report.

So again I ask, has the good faith opening of diocesan personnel files, absent “probable cause,” constituted a grave betrayal of confidentiality, both for living and deceased members of the clergy and their relations? Might such a precedent encourage state authorities in the future to demand the breaking of the confessional seal? Are not the families, friends, and former parishioners of accused clergy the ones most likely to suffer trauma, scandal, and harm?  Finally, does the just redress to victims necessarily require the scandalizing of countless uninvolved people? I can only hope this painful experience will serve as a lesson for Church leaders in exercising greater prudence when entering into future agreements or dealings with the state.

[Comment Guidelines - Click to view]
The Remnant values the comments and input of our visitors. It’s no secret, however, that trolls exist, and trolls can do a lot of damage to a brand. Therefore, our comments are heavily monitored 24/7 by Remnant moderators around the country.  They have been instructed to remove demeaning, hostile, needlessly combative, racist, Christophobic comments, and streams not related to the storyline. Multiple comments from one person under a story are also discouraged. Capitalized sentences or comments will be removed (Internet shouting).
The Remnant comments sections are not designed for frequent personal blogging, on-going debates or theological or other disputes between commenters. Please understand that we pay our writers to defend The Remnant’s editorial positions. We thus acknowledge no moral obligation whatsoever to allow anyone and everyone to try to undermine our editorial policy and create a general nuisance on our website.  Therefore, Remnant moderators reserve the right to edit or remove comments, and comments do not necessarily represent the views of The Remnant.
back to top
Last modified on Monday, December 2, 2019
Tweet
More in this category: « AMAZON SACRILEGE: Christmas Novena of Reparation Fifty Years of Novus Ordo: Put on the Armor of Tradition »