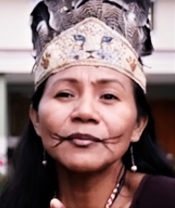 Idol worship was on full display in preparation for the Pan-Amazon synod, with the tacit approval of Pope Francis. Although the Synod hadn’t yet started, the celebration of pagan ceremonies added weight to the concerns being voiced by prominent prelates and laymen that the Synod will be a vehicle for apostasy. Accusations of narrow-mindedness and even racism were thrown at faithful Catholics who were left shocked and outraged as the videos showing the rituals circulated on social media, along with suggestions that this outrage was nothing more than a Protestant style condemnation of the worshipping of graven images.

The first ritual was a garden ceremony that was ostensibly a dedication of the synod to St Francis. Although the Vatican did not organise the event, officials were invited to attend. Indigenous attendees literally worshipped the earth and bowed down before idols of fertility goddesses, as Pope Francis and his cardinals watched the 90-minute ceremony in its entirety. The Pope also joined in the planting of a holm oak from Assisi - the tree was meant to symbolise ‘integral ecology’. For the occasion, soil had been brought in from various locations around the globe to denote injustices which occurred there. The crimes of human-trafficking and landowner-murder rated a mention, but there was nothing of the deaths of the millions of babies killed through abortion each year.

The ritual was led by an indigenous woman, a concerning message at a time when there is such a strong push from some sectors for women priests, and when the Synod is suspected of being the vehicle to deliver this unwelcome innovation. She presented the pope with some gifts, including a tucum ring -  a symbol of liberation theology - while an indigenous man presented the carved image of a naked, pregnant woman. 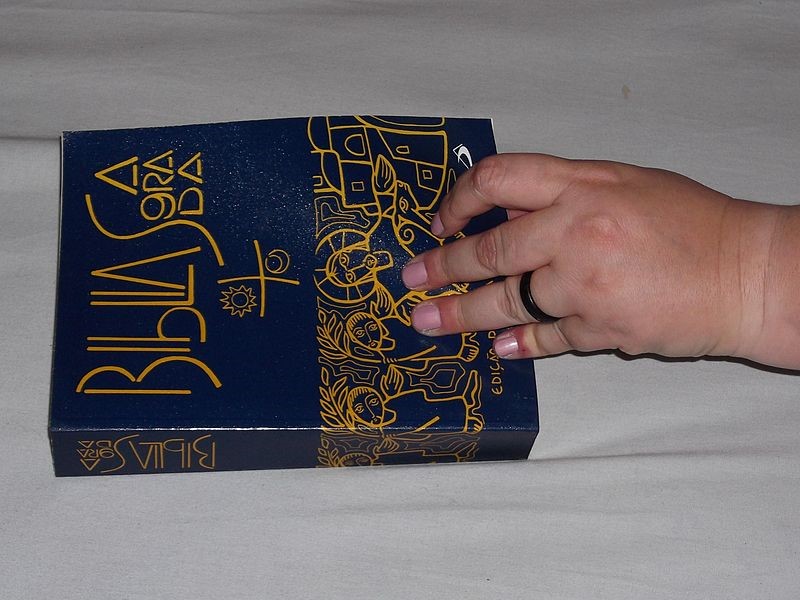 According to CNA[1], the woman celebrant claimed that the idol was “Our Lady of the Amazon”. However, Our Lady of the Amazon is represented as a beautiful woman holding the Child Jesus; as elegantly and modestly dressed as every other image of Our Lady. Incidentally, this relatively obscure devotion is nowhere near as popular as Our Lady of Nazareth. That feast is celebrated on the second Sunday in October - which falls during the Synod - when up to two million pilgrims will walk through the streets of Brazil in the largest Catholic procession in the world. 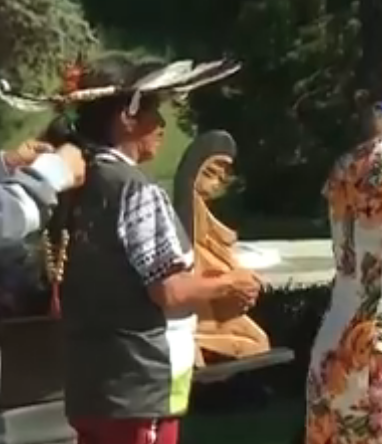 While the exact nature of the ritual isn’t certain, one thing is clear: it definitely wasn’t Catholic. Catholicism is right worship of the One True God, not of a pantheon, not even with a sign of the cross thrown in for good measure.

Meanwhile, in another part of the Vatican, a liturgy (of some kind) featured a barefoot indigenous woman wearing leggings and dancing with a book of Sacred Scripture. 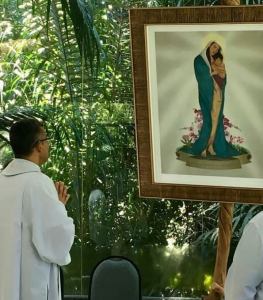 Ironically, Cardinal Peter Turkson, Prefect of the Dicastery for Promoting Integral Human Development, had earlier stated that “‘‘Chaos’ with the Word of God becomes ‘Cosmos.’” However, despite the Word of God being present, there was only chaos evident in this Church, where congregants elbowed each other to take pictures and video of the girl on their phones, even stepping onto the sanctuary to get a good view. A fertility idol, similar to one used in the garden ceremony was again present, having been placed on the floor in front of the altar, surrounded by candles.

Among the groups who organised the garden event were the Global Catholic Climate Movement, REPAM, and the Order of Franciscan Friars Minor. Some of these groups are known for their involvement in left-wing social justice causes, for example facilitating Catholic participation in the Paris agreement and supporting climate strikes. Other organisations aren’t Catholic and have backing from the UN and the EU. 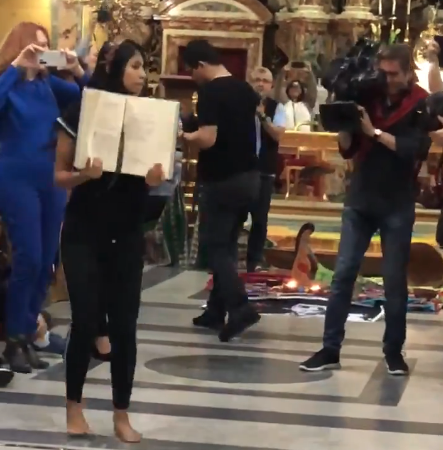 A collaboration by two of the groups produced some extraordinary videos in the leadup to the Synod: the seventeen videos were on the theme of “Save the Amazon. She will save us.”

One video featured an indigenous leader from Colombia by the name of Anitalia Pijachi. Pijachi claims she communicates with nature spirits, which she says are a gift from the Creator Father. In her video, Pijachi asks that the Church refrain from evangelising, but says that instead it should concentrate on sympathising with Amazonians about the environment.

Pijachi, picures below, also gives us a definition of that Synod buzz-word, integral ecology, which she describes as “me, ... each human being in relation to what is around us.”[2] 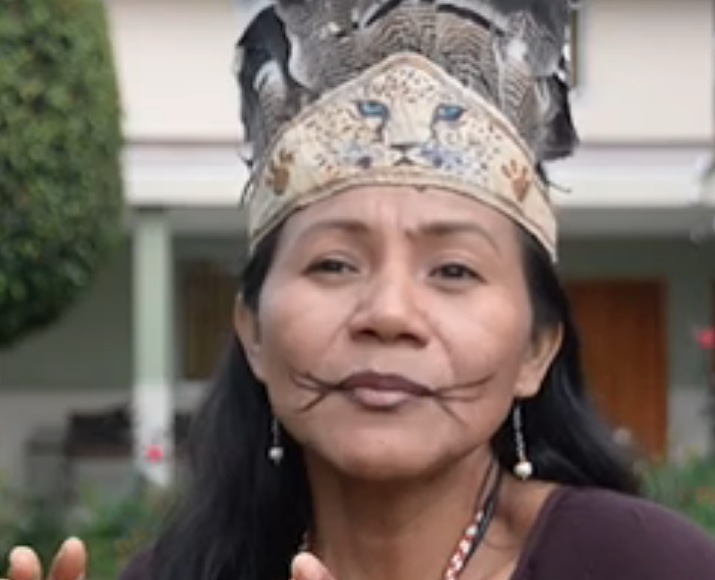 A surprising addition to the lineup is German Cardinal Marx, who gives a brief speech on how “everything is connected.” Unfortunately, his talk is so convoluted that it would appear very little in his train of thought is connected, but he confides that “the Church is not the only institution that knows the future of the world.”[3]

One wonders what institutions Marx could be referring to.

[Comment Guidelines - Click to view]
The Remnant values the comments and input of our visitors. It’s no secret, however, that trolls exist, and trolls can do a lot of damage to a brand. Therefore, our comments are heavily monitored 24/7 by Remnant moderators around the country.  They have been instructed to remove demeaning, hostile, needlessly combative, racist, Christophobic comments, and streams not related to the storyline. Multiple comments from one person under a story are also discouraged. Capitalized sentences or comments will be removed (Internet shouting).
The Remnant comments sections are not designed for frequent personal blogging, on-going debates or theological or other disputes between commenters. Please understand that we pay our writers to defend The Remnant’s editorial positions. We thus acknowledge no moral obligation whatsoever to allow anyone and everyone to try to undermine our editorial policy and create a general nuisance on our website.  Therefore, Remnant moderators reserve the right to edit or remove comments, and comments do not necessarily represent the views of The Remnant.
back to top
Tweet
More in this category: « A Word on Amazon: From an American Diocesan Priest MARXISM’S TROPE: Vatican Uses “the Poor” as Human Shields »