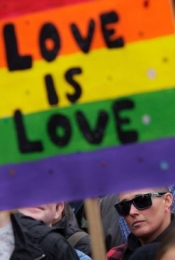 On This and That

Abortion, sterilization, a misnamed women’s “liberation” and lusting for “equal rights” – all of these things, currently so much in the news, are designed, ultimately, not for the advancement or progress of civilization, but for its extinction, for the eradication of Christian wedlock and family life, and the return to barbarism.
- Walter L. Matt, The Remnant February 1, 1973.

In reading the encyclicals of Pope St. Pius X, one stands in admiration and amazement at the clear insight and sober analysis of modern society which this great Saint manifested when he was called upon to occupy the Chair of Pete in 1903.

Very few men of his time realized how far the Christian world had strayed from Christ.  They did not detect, beneath the veneer of external loyalty and outward show of the traditional Christian living inherited from the past centuries, that an internal basic weakness had developed in the Christian soul, that the will to live for Christ had weakened, and that the heart of the Christian world had ceased to beat in unison with the heart of Christ.  As Bishop Peter W Bartholome observed (1952), in the foreword to the encyclical letters of St. Pius X:

“Few men realized that faith in Christ was being supplanted by faith in man, that the mind of man had decided to govern the world in place of the Providence of God…” 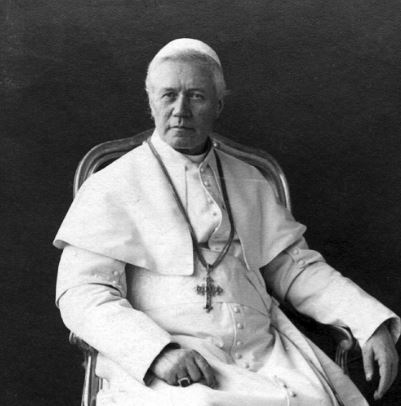 And because men lacked the insight of Pius X into the condition of the modern world, many of his warnings went unheeded and his projected reforms were looked upon even by Catholics as perhaps good but not really so necessary.

Thus it was that, in 1903, when St. Pius X spoke about “all respect for the Eternal God” having been ignored among “the majority of men” and about the total disregard both in “public and private life to the Supreme Will,” there were many, even among Catholics, who thought he went too far and, very probably, deemed him to be “a prophet of doom and gloom”.

And yet, in face of recent developments, particularly here in the United States, where the Supreme Court has now “legalized” what was heretofore known as criminal abortion, or the murder of unborn children, St. Pius X’s expressed predictions and warnings back in 1903 come to mind with startling new force and gravity.  He wrote:

“When all is considered, there is good reason to fear lest this great perversity (rebellion against God) may be, as it were, a foretaste and perhaps the beginning of those evils which are reserved for the last days, and that there may already be in the world the ‘Son of Perdition’ of whom the Apostle speaks (II Thes. ii, 4).  Such, in truth, is the audacity and the wrath employed everywhere in persecuting religion, in combating the dogmas of the faith, in resolute efforts to uproot and destroy all relations between man and the Divinity.  While, on the other hand, and this according to the same Apostle is the distinguishing mark of Anti-Christ, man has with infinite temerity put himself in the place of God, raising himself above all that is called God; in such wise that although he cannot utterly extinguish in himself all knowledge of God, he has nevertheless condemned God’s majesty and, as it were, made of the universe a temple wherein he himself is to be adored.  ‘He sitteth in the temple of God, showing himself as if he were God.’ (E Supreme Apostolatus, Pius X, 1903)

That last line especially deserves repeating: “He sitteth in the temple of God, showing himself as if he were God”!

For even while the Nation’s top court chose last week to throttle, for all practical purposes, the right to life itself for millions of infants yet unborn, the President of the United States, flushed with the results of the Paris peace talks, proclaimed, in his second inaugural address, that not only was the peace now assured in Indochina, but we would begin to see a “new era” of ultimate world peace, in which the United States, the Soviet Union, and Red China are apparently envisioned as playing the principal parts!

With a Vietnam truce agreement – however fragile this may prove to be – in hand, and “new relationships” with the major Communist powers, a “new structure of peace” has been established, the President said.  The Vietnam peace, he said, was achieved by “turning away from old policies that failed,” in favor of “new policies” that will lead to a “new era of progress and peace.” 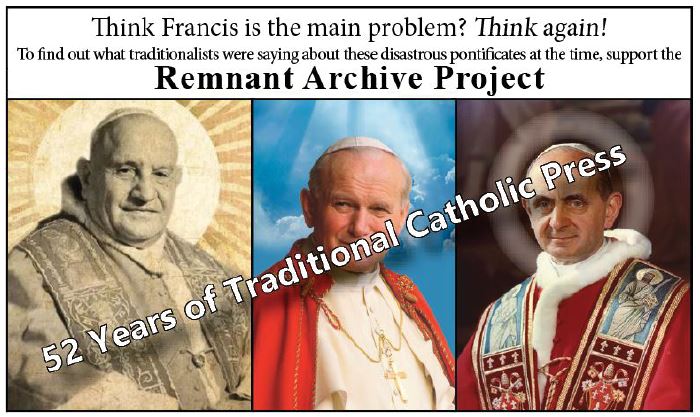 The President failed to say how this “new era” of ultimate universal progress and peace will materialize in a world in which God has been officially dethroned, and we are now officially sanctioning and even sacralizing the murder of the unborn, and, in consequence, the negation of human right and liberty!

It is, of course, farthest from our purpose here to single out anyone, whether a public official or anyone else, for unwarranted censure or one-sided blame.  And yet, as Pope Pius XI stated it back in 1930, in his encyclical Casti Connubii, what we are dealing with when we speak of the “grave crime” of abortion is precisely this:

“Whether inflicted upon the mother or upon the child, it (abortion) is against the precept of God and the law of nature:  ‘Thou shalt not kill’.  The life of each is equally sacred and no one has the power, not even the public authority, to destroy it…Those who hold the reins of government should not forget that it is the duty of public authority by appropriate laws and sanctions to defend the lives of the innocent, and this all the more so since those whose lives are endangered and assailed cannot defend themselves.  Among whom we must mention in first place infants hidden in the mother’s womb.  And if the public magistrates not only do not defend them but by their laws and ordinances betray them to death at the hands of doctors or of others, let them remember that God is the Judge and Avenger of innocent blood which cries from earth to heaven.” (Gen. iv.,10) 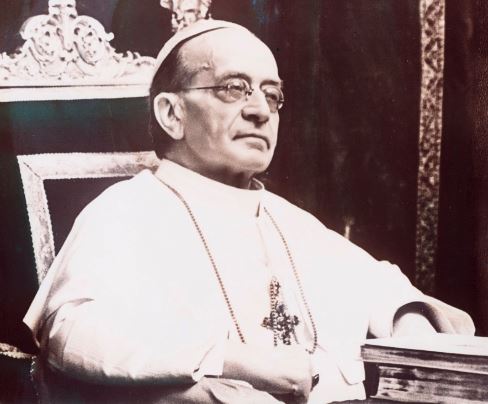 Indeed, if the projected “era of progress and peace” is ever to be realized, it surely will not be along the dead-end street which we, as a Nation, are presently following.  Abortion, sterilization, a misnamed women’s “liberation” and lusting for “equal rights” – all of these things, currently so much in the news, are designed, ultimately, not for the advancement or progress of civilization, but for its extinction, for the eradication of Christian wedlock and family life, and the return to barbarism.

And that, apparently, is the route we are now traveling!  Thus, for example, the current nationwide campaign, by a militant array of “women liberationists”, to pressure the various States into ratifying the so-called Equal Rights Amendment, is continuing to gain momentum also in our own State (Minnesota).  Twenty-two state legislatures have already ratified the Amendment.  If 16 more States do so before March of 1979, it will become part of the Bill of Rights.  And what then?

Pope Pius XI, in the same encyclical quoted above (Casti Connubii, 1930), spelled it all out very clearly.  He wrote:

“The same false teachers who try to dim the luster of conjugal faith and purity do not scruple to do away with the honorable and trusting obedience which the woman owes to the man.  Many of them even go further and assert that such a subjection of one party to the other is unworthy of human dignity, that the rights of husband and wife are equal; wherefore, they boldly proclaim, the emancipation of women has been or ought to be effected.  This emancipation, according to them, must be threefold:  in the ruling of domestic society, in the administration of family affairs, and in the rearing of children.  It must be social, economic, physiological – physiological, that is to say, the woman is to be freed at her own good pleasure from the burdensome duties properly belonging to a wife as companion and mother (We have already said that this is not an emancipation but a crime); social, inasmuch as the wife being freed from the care of children and family, should, to the neglect of these, be able to follow her own bend and devote herself to business and even public affairs; finally, economic, whereby the woman even without the knowledge and against the wish of her husband may be at liberty to conduct and administer her own affairs, giving her attention chiefly to these rather than to children, husband, and family.  This, however, is not the true emancipation of woman, nor that rational and exalted liberty which belongs to the noble office of a Christian woman and wife; it is rather the debasing of the womanly character and the dignity of motherhood, and indeed of the whole family, as a result of which the husband suffers the loss of his wife, the children of their mother, and the home and the whole family  of an ever watchful guardian.  More than this, this false liberty and unnatural equality with the husband is to the detriment of the woman herself, for if the woman descends from her truly regal throne to which she has been raised within the walls of the home by means of the Gospel, she will soon be reduced to the old state of slavery (if not in appearance, certainly in reality) and become as among the pagans the mere instrument of man.”

Here the Pontiff cited the warning of his predecessor, Leo XIII: “Unless things change, the human family and state have every reason to fear lest they should suffer absolute ruin.”  Then underscoring these words, Pius XI concluded:  “All this was written fifty years ago, yet it is confirmed by the daily increasing corruption of morals and the unheard-of  degradation of the family in those lands where Communism reigns unchecked.”

Is this “corruption of morals and degradation of the family” confined solely to those countries where Communism reigns unchecked, or are we not witnessing even now the final stages of this selfsame dissolution of the social order right here in America.

If as long ago as 1903 St. Pius X thought there was reason to fear lest the world was perhaps having “a foretaste and perhaps the beginning of those evils which are reserved for the last days,” what are we to think now, seventy years later, when Antichrist is blatantly manifest all around us?

In the face of the U.S. high court’s decision to legalize the murder of the unborn, the answer is obvious.  The nation that begins openly, officially, to defy God and to contravene His law, is destined before long to decline and fall!  It will take nothing short of a miracle of divine grace to avert such catastrophe! 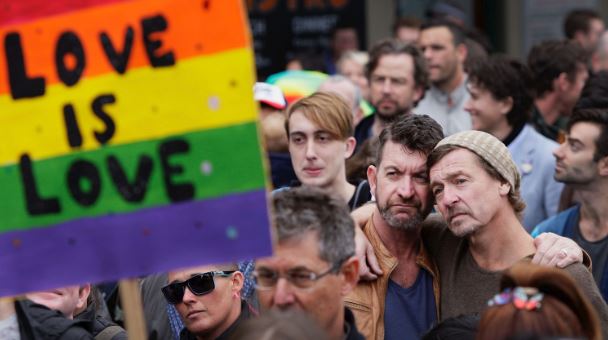 [Comment Guidelines - Click to view]
The Remnant values the comments and input of our visitors. It’s no secret, however, that trolls exist, and trolls can do a lot of damage to a brand. Therefore, our comments are heavily monitored 24/7 by Remnant moderators around the country.  They have been instructed to remove demeaning, hostile, needlessly combative, racist, Christophobic comments, and streams not related to the storyline. Multiple comments from one person under a story are also discouraged. Capitalized sentences or comments will be removed (Internet shouting).
The Remnant comments sections are not designed for frequent personal blogging, on-going debates or theological or other disputes between commenters. Please understand that we pay our writers to defend The Remnant’s editorial positions. We thus acknowledge no moral obligation whatsoever to allow anyone and everyone to try to undermine our editorial policy and create a general nuisance on our website.  Therefore, Remnant moderators reserve the right to edit or remove comments, and comments do not necessarily represent the views of The Remnant.
back to top
Last modified on Wednesday, July 24, 2019
Tweet
More in this category: « Some Common Census Help Storm-Stricken FSSP Guadalajara! »