DAY of the DUDS: Fake Bombs for Fake News

Written by  Christopher A. Ferrara
Rate this item
(32 votes) 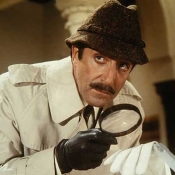 So, the author of the fake bombs mailed in the general direction of various Democrat leaders and celebrities, who had zero chance of actually receiving them, is now in custody.  Cesar Sayoc, a 56-year-old Filipino who claims to be a Seminole and has a voluminous rap sheet, including terroristic threats against judges, appears to be a Trump supporter. The delighted Hate Trump Media Complex (HTMC), swelling with outrage as fake as the bombs, has already dubbed Sayoc “the MAGA bomber” even though his bombs are not really bombs.

But, of course, we never heard James T. Hodgkinson described as “the Anti-MAGA Shooter”  even though that ardent fan of Bernie Sanders fired real bullets at US Congressmen, gravely wounding Congressman Scalise, and had earlier posted the following warning on his pro-Sanders Facebook page: “Trump Has Destroyed Our Democracy. It’s Time to Destroy Trump & Co.” 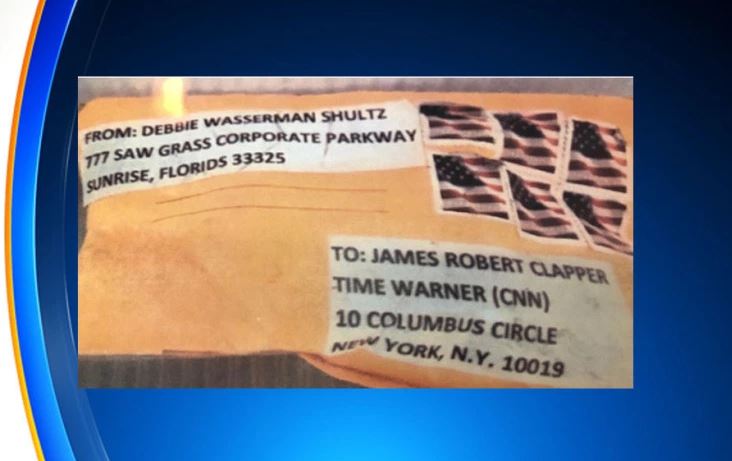 Each of Sayoc’s fake bombs features an attached digital clock that serves no purpose but to convey the visual appearance of a pipe bomb on a timer. Real mail bombs, however, are not pipe bombs and do not involve timers; they are rigged to be detonated by opening the packages in which they are delivered. Sayoc apparently constructed his fake bombs based on what he has seen on TV or in the movies, where there is always a ticking timer of some sort.

The media, including Fox News, are still describing Sayoc’s fake bombs as “potentially explosive devices.” The talking heads all note that none of these “potential bombs” has exploded, never mentioning that they have not exploded because the “potential bombs” are not actual bombs. In fact, they are not even bombs in potentia but rather political props conveying the message, but not the reality, of a bomb.

It seems that nobody in the HTMC will admit that the bombs are fake.  Thus far I have seen only one isolated leak published in an AP story ignored by the fake news cable shows and major media websites:  “The pipe bomb and white powder that forced an evacuation at CNN headquarters in New York City Wednesday morning were harmless, a law enforcement source told the Associated Press.”

All twelve of Sayoc’s fake bombs are equally harmless, but neither “the authorities” nor the media want us to know that.  They appear to be of one mind in avoiding any admission that the “MAGA bomber” is not actually a bomber—unlike the “anti-MAGA Shooter,” who actually tried to kill people and nearly succeeded in taking out the House Majority Whip.

To date, only Fox News has intimated the obvious:

Authorities haven’t said whether the devices were built to explode and kill or simply sow fear.

Ryan Morris, founder of Tripwire Operation Group, a company that provides explosives training to law enforcement and military officials, called the devices “Mickey Mouse” bombs that were meant to be found. He told Fox News he believes the primary motive is fear. The packages were sent about two weeks ahead of the midterm elections.

Fascinating:  The “authorities” have yet to say whether the “potential bombs” are actual bombs.  But why such official reticence about something so obvious, even after the culprit has been caught?  According to Fox, the fake bombs are being treated as “live explosives,” but we are not told what the “authorities” must have determined immediately from the twelve fake bombs already in their possession: that they are not live explosives.

I ask myself: How long will take the HTMC to report the simple truth that the whole thing was a stupid hoax and that Sayoc is just another of America’s nutty hoaxters? One who, moreover, left so many clues, including fingerprints and DNA, that even Inspector Clouseau would have been hard pressed to bungle Sayoc’s apprehension.

The answer to my question, I suspect, is that they will never admit that “the MAGA bomber” is a mere hoaxter and that his fake bombs are a political stunt of even less significance than the white powder mailed to various members of the Trump family, including Donald Trump, Jr.  I say less significance because unlike Sayoc’s addressees, Donald, Jr. actually received at his home multiple powder-filled envelopes, one of which was opened by his wife, Vanessa, who had to be rushed to the hospital as a precaution. The sender was one Daniel Frisiello, whose name received barely a mention by the HTMC before he was completely forgotten.

The HTMC and “the authorities” will milk the “MAGA bomber” narrative for all it is worth because it is consistent with that astonishing institutionalized reaction against the intolerable presence of Donald Trump in the White House, that constant seeking, by any means available, to expel him from their midst like the immune system that seeks to rid the body of a foreign substance.

The day of the duds is a big day for the anti-Trump establishment.  For Cesar Sayoc may have provided just the thing they need to tip the balance of power in the House to the Democrats: fake bombs for the fake news engine that was running out of steam.

Perhaps in the days to come we will learn why a supposedly ardent Trump supporter would pull a stunt like this only days before the midterm elections on which Trump’s entire agenda, and thus the future of the nation, hinges. Would anyone be surprised to learn that Sayoc’s “Trump Truck,” plastered with pro-Trump messages, is just as fake as his bombs?

[Comment Guidelines - Click to view]
The Remnant values the comments and input of our visitors. It’s no secret, however, that trolls exist, and trolls can do a lot of damage to a brand. Therefore, our comments are heavily monitored 24/7 by Remnant moderators around the country.  They have been instructed to remove demeaning, hostile, needlessly combative, racist, Christophobic comments, and streams not related to the storyline. Multiple comments from one person under a story are also discouraged. Capitalized sentences or comments will be removed (Internet shouting).
The Remnant comments sections are not designed for frequent personal blogging, on-going debates or theological or other disputes between commenters. Please understand that we pay our writers to defend The Remnant’s editorial positions. We thus acknowledge no moral obligation whatsoever to allow anyone and everyone to try to undermine our editorial policy and create a general nuisance on our website.  Therefore, Remnant moderators reserve the right to edit or remove comments, and comments do not necessarily represent the views of The Remnant.
Last modified on Saturday, October 27, 2018