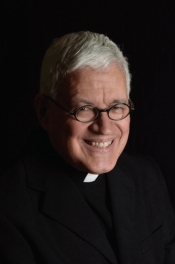 I am writing out of concern over the increasingly heated, divisive and disrespectful attitudes in society over politics, which appear to have spilled over in the Homilies of at least one Priest in your jurisdiction.  Having read your Pastoral Letter of January 30, 2017 on Immigration, I understand the need for compassion and love in dealing with the less fortunate. But, as fully described in my article (attached), Father Casciotti’s statements were factually inaccurate and insulting to those members of his congregation who lawfully and in good conscience support President Trump. A good number of them are now seeking other parishes where they will be treated with dignity and respect.

While now living in Delaware, I was born and raised in Baltimore where I attended Cathedral School, Loyola High School and Loyola University. Father Casciotti’s homily is not representative of the Roman Catholic Church in which I was raised.

The Height of Hubris: A Sermon on Immigration

On Sunday, June 24, 2018, The Reverend James A. Casciotti, S.J., Pastor of St. Ignatius Church in Baltimore, Maryland, required his assisting priests on staff to read a homily that Fr. Casciotti had penned concerning the recent border incidents allegedly involving Unites States Border Patrol Agents “separating parents from children.”  The injection of partisan politics into the spiritual realm of the pulpit greatly diminishes its moral credibility.  Moreover, Fr. Casciotti’s words ignore both the lessons from Church doctrine on immigration as well as the legal realities and burdens on the ground. And, comparing President Trump to Hitler is simply irresponsible.

- “The President and his enablers manufactured the crisis and held little children hostage in order to get their border wall.  Public outrage has made the bully back down.  What we are seeing daily is the playbook of National Socialism”
- “You chose a powerless minority and call them vermin and animals. You say they are infesting The Reich. You exaggerate their threat to Aryans.  To decent, White people.”
- “Who do we want to be, a City on the Hill, a Light to Nations?”

Actually, President Trump labeled violent, murderous MS-13 gang members [not all potential immigrants from Central America] “vermin and animals.”  Moreover, as a Baltimore Police Officer, whenever I arrested parents for diverse offenses and there was no family member readily available to take care of the children, the children would be placed with Social Services. That was not the government’s fault; rather, it was the fault of the parents who chose to commit a serious crime without regard of the consequence to their children. The same is true on the border.

If the United States of America is to remain that “City on the Hill” and “Light to Nations” it must remain a unified Nation to which immigrants come to assimilate into the West. My ancestors, from Ireland and Northern Italy, came to America legally with the intent to become Americans, not hyphenated Americans.

Fr. Casciotti could consider the teaching of St. Thomas Aquinas, the greatest Doctor of the Church, on admitting foreigners to citizenship:

[W]hen any foreigners wished to be admitted entirely to their [the Jews’s] fellowship and mode of worship…, they were not at once admitted to citizenship: just as it was law with some nations that no one was deemed a citizen except after two or three generations, as the Philosopher [Aristotle] says (Polit. iii, 1). The reason for this was that if foreigners were allowed to meddle with the affairs of a nation as soon as they settled down in its midst, many dangers might occur, since the foreigners not yet having the common good firmly at heart might attempt something hurtful to the people. (I-II, Q. 105, Art. 3)

Immigration should have as its goal integration, not disintegration or segregation. The immigrant should not only desire to assume the benefits but the responsibilities of joining into the full fellowship of the nation. By becoming a citizen, a person becomes part of a broad family over the long term and not a shareholder in a joint stock company seeking only short-term self-interest.

This explains why so many Americans experience uneasiness caused by massive and disproportional immigration. Such policy artificially introduces a situation that destroys common points of unity and overwhelms the ability of a society to absorb new elements organically into a unified culture. The common good is no longer considered.

Fr. Casciotti’s sermon lacked the civility that is crucial to constructive debate.  Not to recognize that there are indeed at least two morally permissible viewpoints on the issue of immigration is the height of arrogance and solipsism.  I was blessed by a Jesuit education at Loyola High School and University here in Baltimore. At both schools phenomenal traditionally minded Jesuits lent their expertise and spiritual guidance to the education and spiritual formation of young men and women.  They emphasized critical thinking rather than the type of emotional diatribe penned by Fr. Casciotti. We would welcome some mature reflections on the moral issues in order to give better consideration to the political issues, but not be deluged with partisan political invective.

[Comment Guidelines - Click to view]
The Remnant values the comments and input of our visitors. It’s no secret, however, that trolls exist, and trolls can do a lot of damage to a brand. Therefore, our comments are heavily monitored 24/7 by Remnant moderators around the country.  They have been instructed to remove demeaning, hostile, needlessly combative, racist, Christophobic comments, and streams not related to the storyline. Multiple comments from one person under a story are also discouraged. Capitalized sentences or comments will be removed (Internet shouting).
The Remnant comments sections are not designed for frequent personal blogging, on-going debates or theological or other disputes between commenters. Please understand that we pay our writers to defend The Remnant’s editorial positions. We thus acknowledge no moral obligation whatsoever to allow anyone and everyone to try to undermine our editorial policy and create a general nuisance on our website.  Therefore, Remnant moderators reserve the right to edit or remove comments, and comments do not necessarily represent the views of The Remnant.
back to top
Last modified on Monday, August 13, 2018
Tweet
More in this category: « Follow the Bouncing Catechism Hundreds of Priests Accused in Pennsylvania, Church of Accompaniment in Crisis »