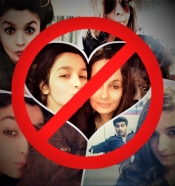 It’s 2018 and, on a daily basis, enlightened humanity is guilty of some pretty bizarre behaviors. We fight pitched battles with avatars in comment boxes, we need safe spaces, we suffer panic attacks when there’s no Wi-Fi, we say things like, “I need a vacation from this vacation”, and we turn our front-facing cameras on and take six-billion pictures of our own fat faces. Then we upload the winner to social media and hit refresh until our eyes bleed, our self-worth ballooning in direct proportion to the number of Likes.

Selfies are everywhere, and don’t they just stink? They’re the pathological offspring of the marriage between narcissist and schmuck. From the perspective of “why are we here”, humans can’t get much further off-base than compulsively inserting themselves into every photo they take as they demand constant affirmation by chronicling their mundane existence on social media (with thanks from the creators of Wiretap—I mean, “The Google”).

Social media itself probably isn’t evil. It is a powerful way to network and, when it first arrived on the scene, it was mostly the prerogative of businessmen who also had pagers and blackberries. Remember those? Social networking was about the collective voice and connecting with people... theoretically, anyway. But after a few years, social media birthed a little cripple named MySpace, and suddenly the game began to change.

Before we knew it, teens and tweens (shudder) were crowding cyberspace, sharing pics of the only thing in the world they care about; themselves. And, amazingly, grownups followed suit, easily regressing back to their vapid high school personas, especially once the more sleek and savvy Facebook showed up. Selfies hit the radar as a “thing” and vehicles for their display came right along to meet demand: Twitter, Instagram, Snapchat…

Judging by the rafts of Instagram evidence, there are now several categories of selfies. Here’s a sampling: 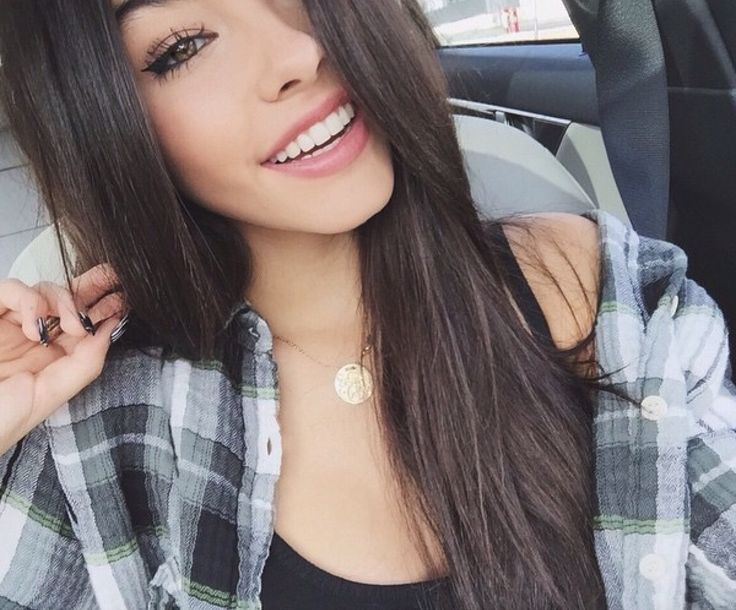 “Tell Me I’m Pretty” aka “Trying Too Hard” is a selfie usually snapped from the bathroom mirror (because there’s no better backdrop than the place you do your business) or the driver’s seat of your car. Tends to be accompanied by an unnecessary caption with the tedium of a Facebook status update, “Going to the grocery store! Lol!” These folks didn’t spend an hour on their face just to be seen by their pets and a bagger. 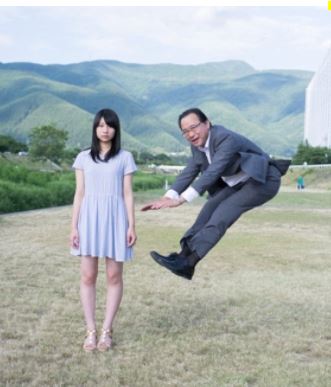 “Spontaneously Jumping for Joy!” But, they’re not. Now this one may not fit the Oxford definition of “selfie”, because someone else has to snap it while you jump in place like a maniac forty-seven times before they get it right, but it’s still an unabashed promotion of your own image. Not to mention, a moronic thing to do in public. 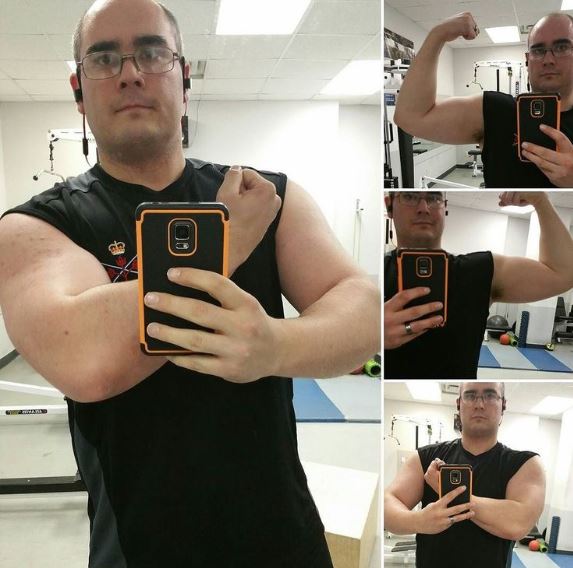 “Gym Selfie.” This is for jerks. Self-explanatory and fundamentally nauseating. 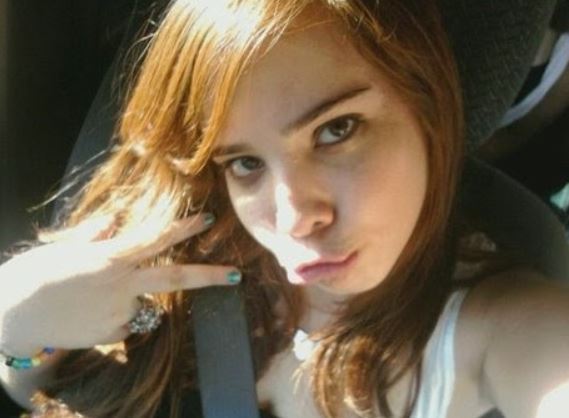 “Duck Lips!” This is the worst. Because in no culture is it considered attractive to eat an invisible plate of spaghetti. (A 2015 study of the duck lips phenomenon found that neurotic people are more likely to use this expression in their selfies.) When in the course of daily life is this expression appropriate?

Selfies are the manifestation of a societal game change. It’s not about caring for the common good, or even about connecting meaningfully with people; it’s 100% ALL ABOUT ME!

“Lookit me! I’m being cute! I may be doing the same bit a billion other morons are doing, but I’m great at it and I deserve meaningless praise for my unoriginality!” *duck lips!*

It fuels the atmosphere of competition in social media, until all that fills the Internet are selfies and blogs. Behind most profiles is a loser in competition with everyone over the most banal aspects of man’s existence. Changing the world for the better? Nope. At the end of the day, the only goal is to make their virtual followers jealous of their lives (real or pretend): 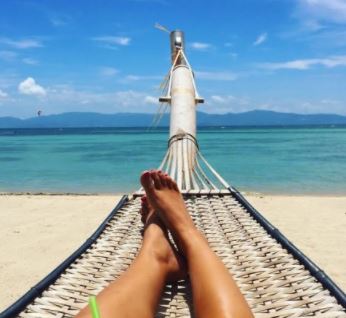 “Bali again, and I’m like, why even?? NBD.” #tooblessedtobestressed 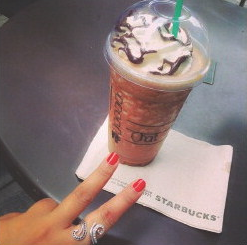 “My Starbucks frapp is better than yours and dig my fresh manicure while you’re at it.” #sobasic

It used to be embarrassing to be caught publicly in a selfie. But these days my friends will literally pause mid-conversation to make a deranged expression and Snapchat it to someone they, apparently, would rather be hanging out with (“Snapchat” is a verb now, but stranger things have happened—the Oxford dictionary recently added “twerk” to its lexicon). It’s one thing to make a dumb face; it’s another to freeze-frame it and share it with the world in order to prove you have a silly, funky side. Is the world supposed to care that you’re nutty, especially when “nutty” is posed and practiced?

What have we become? I know narcissism is culturally acceptable and often admired, but this is self-idolatry to the point of insanity. It’s probably cliché to ask, but what do your grandparents think about that ten-second pause while you finish a text, uncross your eyes, register their spoken words, and brokenly answer their question? There has been no other time in history when that kind of pause would have been acceptable (nor has there been a time when people based their travel wardrobe around the pictures they plan to take—Instagram or the Europe trip didn’t happen!).

But guess what? Many of these folks are traditional Catholics who should know better. Even Catholics have finally succumbed to the bizarre behaviors we used to collectively point and laugh at as the self-infatuated habits of the secular world.

That is why this is so frightening. At some point we crossed the line and ceased to be self-aware (or maybe it’s God-aware). We don’t stop to think what we look like when we fall in lockstep with the current trends. “Temple of the Holy Ghost?” Is that the new Indiana Jones thing? –Think how we would recoil if we came across a holy card of a duck-lipped St. Therese taking her own picture, “I love Jesus, lol!”

Horrible thought, right? Well, maybe that start you just felt was the proper reaction to such an absurd and narcissistic gesture. Maybe it isn’t just mundane for Catholic young people (and lots of older ones with Facebook profiles) to be routinely engaging in such behavior; maybe it’s actually wrong…

I haven’t been at this for very long, but I remember a time when traditional Catholic young people stood out because of their prudent reserve when it came to this kind of thing. They heard “trending” and they shrugged and did their own thing. That’s called dignity. Some still have it, but we’re losing more and more to the hectic pursuit of online attention. And for what false rewards! The dramatic rise of child suicide within the last decade is proof that a life whose value is measured in Facebook “likes” is a life made miserable by its own awful emptiness.

Even if the obvious spiritual reasons aren’t enough to put us off selfies, why join a race we’re bound to lose? Because there is no way in those good old-fashioned fiddlesticks that our selfies’ number of hits are going to place anywhere near first in the worldwide self-promotion contest. Not while the Kardashians still have thumbs. 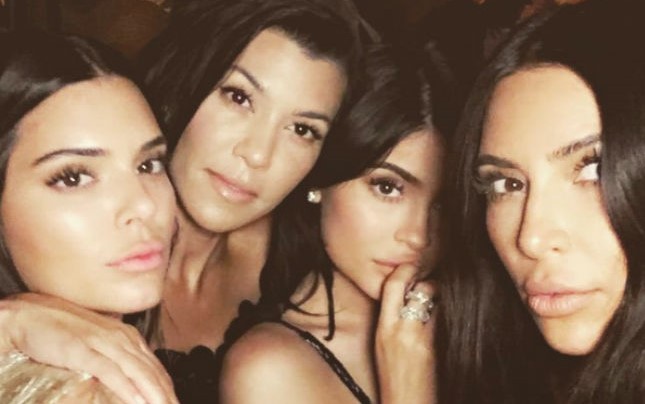 This article appears in the latest Remnant print edition. To see what else is included, SUBSCRIBE TODAY!

[Comment Guidelines - Click to view]
The Remnant values the comments and input of our visitors. It’s no secret, however, that trolls exist, and trolls can do a lot of damage to a brand. Therefore, our comments are heavily monitored 24/7 by Remnant moderators around the country.  They have been instructed to remove demeaning, hostile, needlessly combative, racist, Christophobic comments, and streams not related to the storyline. Multiple comments from one person under a story are also discouraged. Capitalized sentences or comments will be removed (Internet shouting).
The Remnant comments sections are not designed for frequent personal blogging, on-going debates or theological or other disputes between commenters. Please understand that we pay our writers to defend The Remnant’s editorial positions. We thus acknowledge no moral obligation whatsoever to allow anyone and everyone to try to undermine our editorial policy and create a general nuisance on our website.  Therefore, Remnant moderators reserve the right to edit or remove comments, and comments do not necessarily represent the views of The Remnant.
back to top
Last modified on Monday, April 2, 2018
Tweet
More in this category: « Pope Bergoglio Spouts the Annihilationist Heresy—Again Saint Isidore of Seville (April 4) »