As evidence, CMTV cites three articles penned by Remnant columnist Christopher Ferrara. Describing one of these articles, their letter states, “In ““Quo Vadis, Francisce?,” [LINK] written for the December 16, 2013 edition of The Remnant, Mr. Ferrara provides chapter and verse documentation for numerous confusing, disturbing and even doctrinally questionable statements of Pope Francis.” Thus CMTV implies that Mr. Ferrara, by addressing the confusing, disturbing, and doctrinally questionable public statements of Pope Francis and demonstrating the proper Catholic position, somehow discourages those struggling to remain Catholic and those considering conversion.

In reality, just the opposite is true. Those struggling to remain Catholic aren’t discouraged by the articles of Chris Ferrara, they are instead discouraged, among other things, by the, “confusing, disturbing and even doctrinally questionable statements of Pope Francis.” In fact, Traditional publications like the Remnant are some of the few that actually assist a growing sea of disillusioned, disaffected, orthodox Catholics in the Church to keep their Faith. The very premise of Mr. Ferrara’s seminal work, “The Great Façade” is that the vast ocean of post-Conciliar novelties and orientations we have seen implemented over the last 50 years are non-obligatory, non-infallible veneers which do not change one iota of unchangeable Church doctrine and belief. They do, however, cause mass confusion, scandal, and a danger to those souls who mistake this veneer for “new” teachings of the Catholic Church. Thus, the real enemy to Faith, the Great Façade itself, is being constantly revealed to Remnant readers for what it is, a façade. In doing this, we do a service to these Catholics, who might otherwise believe the situation in the Church to be hopeless.

As regards the papacy, CMTV shares the Traditional Catholic position:

We are not ultramontanists, who believe that if the Pope burps during Mass that it becomes a new rubric for the liturgy. The Pope is both Vicar of Christ and a human being who, in the normal course of a day, can say things that are doctrinally ambiguous, occasionally even erroneous. The Pope is protected from error in matters of faith and morals in very precise and defined circumstances and interviews with journalists, remarks during general audiences and homilies during his morning Mass are not among them. The Pope is the protector and guardian of the Deposit of Faith, which came from Jesus and His Apostles. Dogma does not change, although articulation of Dogma can become clearer as the fruit of centuries of contemplation on the Truths of the Faith.

It is puzzling then, why CMTV won’t simply explain this Catholic teaching to its viewers, making clear that any charitable criticism of papal actions do not affect the Pope’s infallibility or the Church’s indefectibility. They could simply inform viewers that some of the Pope’s public actions and comments are apparently not in accord with Tradition. Therefore the faithful are not obliged to follow the pope’s example in these novel acts and comments. Instead CMTV could charitably urge the pope to return to time tested Traditional practices and statements of Faith. This is a natural Catholic response to our current situation as testified to by numerous Saints, theologians, and even popes.

As for the discouraging of converts, the same analysis applies. The hyper-ecumenical acts and words of the current pope, along with the entire ecumenical orientation of the post-conciliar period have given the clear impression that conversion to the Catholic Faith is not important for salvation. A potential convert to the Church, if he or she knows true Catholic teaching on the papacy, should understand that conversion is a matter of accepting the truths of God as revealed by His Church that cannot change and have not changed in 2,000 years.

Any modest study of Church history will reveal to the potential convert that many popes of the past gave very bad example and made horrible prudential decisions. In addition, they will learn that John XXII privately taught error. In addition, Liberius excommunicated a future Saint while signing an ambiguous doctrinal formula subject to heretical interpretation. Thus no Catholic catechumen worthy of the name is going to be driven from the Faith by publications like The Remnant pointing out why public acts of the current Pope don’t accord with Tradition while pleading with the Pope to cease and desist for the good of the Church. Only a catechumen formed in Neo-Ultramontane Neo-Catholicism with a perversely exaggerated understanding of infallibility would be scandalized that any utterance or act of a pope is not perfectly orthodox. Thus you have Neo-Catholic apologists who have made a cottage industry out of and, as CMTV itself has reported, a very nice profit, using absurd mental, verbal, and linguistic gymnastics to assure anxiety-ridden potential converts that the only difference between Francis and Pius X is their eye color. 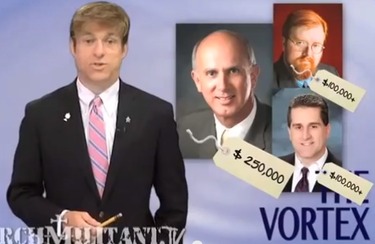 Indeed the true culprit for Catholics losing the Faith and the discouragement of potential converts is Neo-Catholicism itself. For any sane Catholic or potential Catholic who feels compelled to justify and defend every novel word of every pope, or else ignore them (as CMTV does) no matter how contradictory to the Faith they are learning, will quickly become tired and disillusioned. Instead, they should realize that novel papal statements need to be remedied by the presentation of Traditional Catholic statements and that the pope should be urged to stop these acts for the good of the Faith and Church. This is precisely the service that the Remnant and other Traditional publications provide to these Catholic faithful and potential converts.

CMTV, on the other hand, while providing this exact same service to the faithful as regards cardinals and bishops, somehow  chooses to remain silent as regards the pope. This position is based on the false premise that if CMTV and every other Catholic publication ignored every troubling statement and act of the pope, while aggressively criticizing bishops, the faithful would somehow not notice the 24/7 news coverage documenting every single papal act, complete with extraordinary headline after extraordinary headline. The contrary is obvious and therefore CMTV’s policy is wholly hypocritical. Whereas the Neo-Catholic apologists are, for the most part, consistent in justifying every word and deed of both the pope and bishops, CMTV is inconsistent in aggressively criticizing only bishops, while acting as if the pope’s acts and words are somehow beyond comment.

As for using the “ecclesiastical pornography” analogy to describe the Remnant, it fails for several reasons. The first and foremost reason is that the analogy assumes the Remnant is taking private scandalous acts of the bishops and pope, and broadcasting these sins to the rooftops in order to vengefully shame these prelates, thus acting as traitors to the Church by causing scandal and outrage among the faithful. This is ridiculous.

The reality is that a large number of current prelates are “ecclesiastical exhibitionists.” They themselves are proudly making scandalous statements in the public and the press is covering every salacious and erroneous word they utter. Thus, how can the Remnant possibly shame those who have no shame? The public words of these prelates already cause the scandal, the discouragement, the outrage among the faithful as soon as they hit the press.

For example, at the recent runup to the synod on the family in Rome we have all seen Cardinal Kasper’s open and unrepentant promotion of the possibility of Communion for the divorced and remarried. Far from condemning the idea outright, the pope has commented that he was happy each Cardinal will have the opportunity to present his view at the synod.

Further, Pope Francis’ top advisor, Cardinal Oscar Maradiaga, spoke at the University of Dallas last year to lay out the implementation plan of Francis’ pontificate in America. While there, he stated that Vatican II rehabilitated Modernism, the hierarchy is subordinate to the “community”, Christ did not preach or proclaim Himself, Jesus was a “layman”, the pre-Conciliar Church was the “antithesis of centuries”, and the Church shares in the “common search for truth” with non-Catholics. To top it off, he also quoted Che Guevara’s chauffeur. If spreading scandal and error is truly “spiritual pornography”, then this talk should be renamed “Oscar Does Dallas.”

To borrow an analogy from Tim Staples (except in this case it is accurate), CMTV and Fr. Nicholson’s charge of “spiritual pornography” against The Remnant is like blaming the fireman for the fire. The “spiritual porn” is already out there for the world to see. It is being produced daily by “ecclesiastical exhibitionists.” The Neo-Catholic response to this, like the tailors in the fairy tale, is to put out articles explaining why these exhibitionists are actually fully clothed. The problem, they tell us, is that simplistic Catholics are just not looking at these prelates with the right type of glasses. As a remedy, the Neo-Catholics are happy to sell the faithful these glasses (with clothes painted on them) for $19.99 plus shipping and handling. CMTV’s response is to lament the fact that the bishops are unclothed, point out that they should be wearing clothes, and urge the bishops to wear them. However, as regards the pope, they have a strict policy of ignoring the Holy Father’s clothing situation, hoping the world’s Catholics won’t notice. The Remnant, on the other hand, is one of the few voices who want to not only clothe the entire hierarchy, but also add back the papal tiara as a bonus.

In the final analysis, the Traditional priest in the sermon has a point. We do need to read things that bring us close to Christ and His mother. We do need to read the lives and writings of the Saints, pray the rosary, and feed our spiritual life. Of course we do. But nobody is suggesting that Catholics replace their spiritual reading and meditations with a copy of The Remnant. The point is that serious Catholics are already getting bombarded by constant media stories regarding the bishops and yes, the pope, saying things that are apparently not in accord with the Faith. These Catholics want to know they are not alone in realizing there is a problem. They also want a reliable Catholic resource to go to that won’t sugar coat these stories and won’t avoid the hard subjects like how to make sense of recent puzzling papal statements. They want to know the Traditional Catholic teaching on these topics, which is all but ignored in today’s Catholic media, and how they can help spread that teaching and act in legitimate ways to bring about a restoration of the Catholic Faith. In short, they want the truth. CMTV says they can’t handle it. We say they can.

[iii]http://www.churchmilitant.tv/faq/papalcriticism.php (One commentator described it as the longest suicide note he’s ever read.)