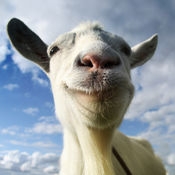 If your child is browsing through apps on the app store using your mobile device, he or she may come across a seemingly innocuous game called “Goat Simulator.” The game has a rating of “9+” and thus is supposed to be acceptable for any child 9 and over to play. At the present moment, “Goat Simulator” and its four sequels are available on iPhone and Android mobile phones, Windows, Mac, and Linux computers, and Xbox and PlayStation video game systems.

The manufacturer of the game, a company called Coffee Stain Studios, is a video game developer and publisher based in Sweden. As of 2016, Coffee Stain Studios reported that Goat Simulator had brought in $12 million in revenue. The company’s description of the game in the Apple App store gives no indication of anything insidious or evil, but instead describes a fun game attractive to young children.


In fact, if you as a parent look up the game on the Internet to investigate it, you would come across reviews by websites with reassuring titles such as “Christian Post” and “Faith and Safety” which see no problem with it.

Coffee Stain Studio's child-friendly action game, "Goat Simulator" will be launched for Xbox One and Xbox 360 this April…

"Goat Simulator,"… features a realistic player-controlled goat, exploring an open-world map and causing as much damage as possible by jumping, running, licking, dragging, and bashing objects using its horns, hooves, tongue, and other parts of its body.

The game also features the goat bouncing on trampolines, or leaping through the air powered by large fans. Players earn points depending on the complexity of the tricks they can make the goat perform and achieving the goal of destroying certain objects…

According to Eurogamer's Dan Whitehead, "Goat Simulator" may appear "rough around the edges," but can bring amusement to players looking for physical comedy.

The website “Faith and Safety” provided a review from “Common Sense Media” 2014 which reviewed the game as follows:

Parents need to know that Goat Simulator is ... well, a simulation game about goats. There's all sorts of violence as the goat goes on a rampage, gets run over by cars, and falls from tremendous heights. But the game is all meant as a joke -- and the use of a ragdoll physics model makes the goat (and his victims) pretty indestructible and harmless. Parents should be aware that a patch was recently announced for the PC version of the game that will enable broad scale, MMO-like multiplayer. There's no date on this for the iOS/Android versions, but it's a safe assumption it's coming down the line...

There's really not much of a story in this simulation that started off as a spoof. As a goat, you'll run and prance around a town, head butting whatever you'd like and jumping from great heights, earning achievements along the way. Collecting items around the town will unlock "tall goat" (a giraffe) which does the same sort of things. Players control the goat with their thumb on the bottom left side of the screen, while jumping, head butting and initiating other actions on the bottom right...

Odds are you're not expecting too serious of an experience in a game called Goat Simulator. And you'd be right. But that doesn't make the game any less fun. What started as a joke has become a phenomenon and while there's no story to this game and the controls are pretty terrible, it's still a title you can't put down if you're in the right frame of mind.

Sounds like a blast. So what’s the big deal? Well nothing. Until you find out your six year old just sacrificed five people to Satan. In 2014 a parent posted the following to a message board:

Have a 6 year old kid, I let him play his ipad on the weekends.

All the info/title page etc look completely harmless, and to be honest we had a lot of fun and laughs playing for several days.

Its VERY FUNNY... you are a goat and can wander around and do all kinds of funny things, jumping on trampolines, flying around with jetpacks and all kinds of hilarious stuff. I really enjoyed it and we laughed a lot playing it, it seemed exactly the kind of game I like; unstructured, free to roam around and explore, lots of secret things to discover, etc.

But then one day I was watching him play and he discovered THIS hidden in the trees: 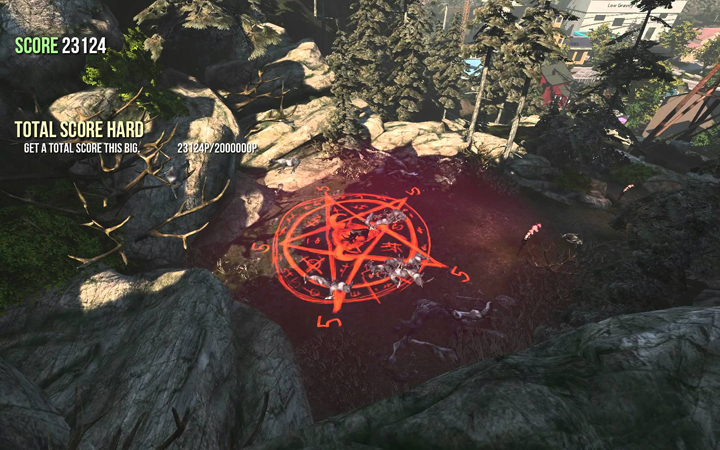 …At first I didn't know quite what to think, but I went to do some research, and it turns out that THE WHOLE POINT OF THE GAME IS TO CREATE A SATANIC RITUAL!!!!

You have to bring 5 people into this circle and SACRIFICE THEM. As you do this the circle and pentagram start to glow:

Once you get 5 people, you become a SATAN-GOAT: 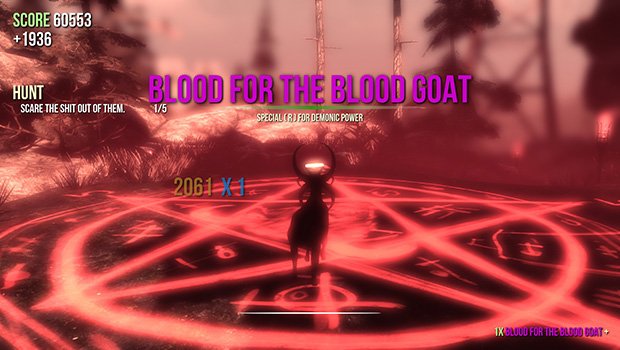 By the time I figured this out my son was already ahead of me and has completed this, and was running around as the demon goat.

I told him to delete the game and explained exactly why.

…[T]here is ABSOLUTELY NOTHING to indicate that the game has any such elements in it until you are deep into the game.

It looks totally innocent, and is marketed as a silly, harmless app for kids that is just fun and silly.

Pretty much. Since this game has been out for a few years now, to the point it has four sequels, you’d figure there would have already been an enormous outcry against it from Christian family groups putting us all on notice that such things exist lurking behind the façade of children’s games. You’d be wrong. In fact you’ll find not one word from any of them.

And what of the video game industry? Are they embarrassed? Have they apologized? Are they desperately trying to explain away why they created the ability to perform a Satanic ritualistic simulation in a children’s game? Hardly. Instead, gamer websites freely discuss the Satanic ritual in the game and players have even posted video footage of it on YouTube, which is apparently just a-ok with anti-Christian bigotry.

One gamer site, GamesRadar, even shamelessly explains how to perform the Satanic ritual:

You’ll need to sacrifice 5 living beings on the red pentagram to unlock this achievement and gain demonic goat powers. The quickest and easiest way is to first enter the door at the top of Goat Tower in your spawn field and hop on to the throne until you respawn outside with goat minion summoning powers. Now all you need to do is stand on the pentagram and summon 5 goat carcasses to become Devil Goat.

Method 1. To unveil your goat's demonic aspect, drag five humans to the pentagram hidden in the corner of the woods beyond the large blue water slides. Once all five are within the circle, they will be sucked together and sacrificed, transforming your goat into an evil super goat.

Method 2. Become "King of the Goats" (see guide below) then press "r" key five times to drop goats from the sky. Once all five have dropped, they will be sucked together and you will be transformed into an evil super goat.

The Satanic Goat exudes a misty exhalation as a Special attack. When used, the mist performs warping gravity effects on its target. Holding down the Special key with the tongue extended can cause Satanic Goat to engage in semi-controlled flight.

The site Gamepedia describes the “Infernal Throne” located in the game: 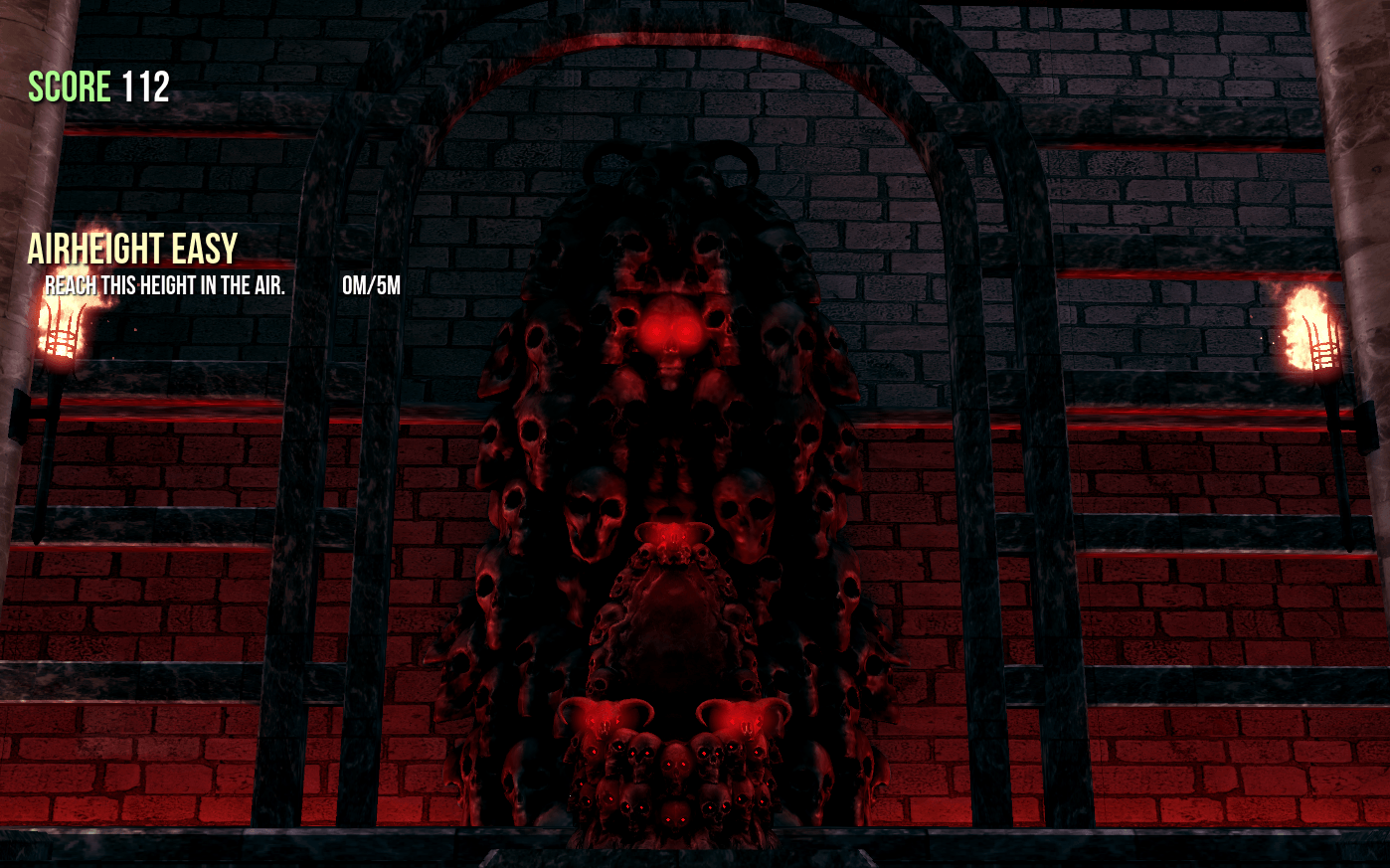 The Infernal Throne is a location in GoatVille.

Inside the Goat Tower is a throne room filled with goats who bow to you as you enter. At the end of the room is a glowing red throne built out of goat and human skulls. Sitting on the throne applies the Goat Queen mutator and teleports you back out of the tower.

After you sit on the Infernal Throne, you then wear a Satanic mask: 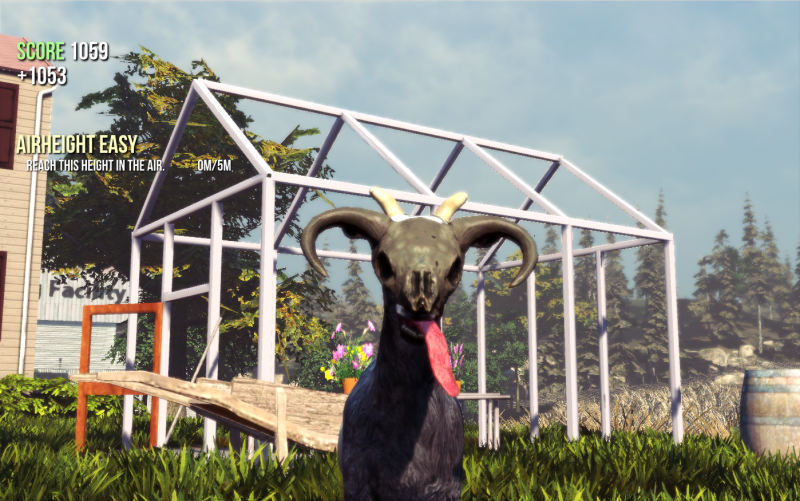 As if this weren’t enough, there were apparently Goat Simulator trading cards manufactured by a company called “Steam.” One of them is the blasphemous “Three Horned Goat Jesus.” The card’s description reads, “At the dawn of goat history there was a three horned goat that liberated the flock from the oppressive sheep. Her name was Jesus.”


Ridicule of Christian Faith in the Supernatural

Evidenced by the long history of selling Ouija boards in United States toy stores, anything related to the demonic is laughed off as harmless fairy tales by our modern society. It has now gotten to the point that Swedish creators of Goat Simulator supposedly saw a Satanic ritual involving human sacrifice as something fitting for an alleged comedic video game targeted towards children. Is this how low the Faith has ebbed in Sweden? I think we know the answer.

Yet neither the Swedish creators of the game, nor Apple, Android, Xbox, or PlayStation, have had the honesty to come out and advertise what kind of sickening, offensive, and anti-Christian content lurks behind the surface of a “game” they market to children. If they see nothing wrong with Satanic sacrifice and consider it an endearing joke suitable for kids why not put it right on the cover, or mention it in the description? Because like the diabolical character they place in their video games, they want to get into our children’s heads through the backdoor. They know no parent in their right mind would buy a Satanic video game for their 9 year old, so instead they profit off of deceit and subterfuge.

I’m hoping to help destroy this conspiracy of silence regarding this game through wide circulation of this article. I therefore ask you to make this article known far and wide to your Christian relatives and friends to put them on guard as to the bait and switch these video game merchants are playing with our children’s souls. In addition, please feel free to let Coffee Stain Studios, Apple, and any other platform which sells this filth know what you think about their video game and their dishonesty.

Read more Chris Jackson in the Print/E-edition of The Remnant.
Subscribe Here:

[Comment Guidelines - Click to view]
The Remnant values the comments and input of our visitors. It’s no secret, however, that trolls exist, and trolls can do a lot of damage to a brand. Therefore, our comments are heavily monitored 24/7 by Remnant moderators around the country.  They have been instructed to remove demeaning, hostile, needlessly combative, racist, Christophobic comments, and streams not related to the storyline. Multiple comments from one person under a story are also discouraged. Capitalized sentences or comments will be removed (Internet shouting).
The Remnant comments sections are not designed for frequent personal blogging, on-going debates or theological or other disputes between commenters. Please understand that we pay our writers to defend The Remnant’s editorial positions. We thus acknowledge no moral obligation whatsoever to allow anyone and everyone to try to undermine our editorial policy and create a general nuisance on our website.  Therefore, Remnant moderators reserve the right to edit or remove comments, and comments do not necessarily represent the views of The Remnant.
back to top
Last modified on Sunday, September 17, 2017
Tweet