Mr. President, fire them all! Featured

Written by  Christopher A. Ferrara
Rate this item
(57 votes) 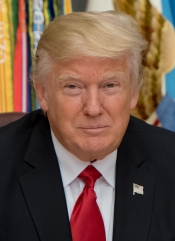 You are now in the midst of an absolutely intolerable situation: A Democrat acting Attorney General, Rod Rosenstein, has appointed a Democrat special counsel, Robert Mueller, who has hired Democrat lawyers, including a lawyer for the Clinton Foundation, in order to perpetuate an already year-long, fruitless investigation of the Democrat fantasy, invented by Hillary Clinton and John Podesta, that your Presidential campaign somehow “colluded with Russia” to “hack the election.” At the same time, five congressional committees, including cooperative Republicans, and the FBI are continuing the same pointless investigation into a fantasy that would not be a crime even if it were true.

The letter appointing Mueller does not even identify an alleged crime to be investigated, without which the special counsel has no jurisdiction to proceed.  Yet Mueller is assembling a small army of $1000-per-hour political operatives with law licenses, all at taxpayer expense, in order to conduct an investigation in search of a crime—the very thing a special counsel is not authorized to do.

And now it is rumored that this sham investigation is being expanded to include your own alleged “obstruction” of the investigation of the “collusion with Russia” fantasy. The “obstruction” is said include your expression of the hope that former FBI Director Comey would go easy on Mr. Flynn, whom you could have pardoned at any time, thus ending the Flynn investigation outright, and your ultimate firing of Comey, who serves at your pleasure and could have been fired with or without cause. During his hand-wringing, drama queen performance before the Senate Intelligence Committee, where this disgruntled ex-employee revealed his illegal leaking of a privileged conversation with you to the press after supposedly waking up in the middle of the night, Comey fully confirmed your assessment that he is a “grandstander,” a “show-boater” and a “nut job.”

Still worse, the firing of this strange character was recommended in writing by the same acting Attorney General who appointed the same special counsel now reportedly investigating Comey’s firing! Special Counsel Mueller is Comey’s close personal friend and mentor, who cannot possibly assess impartially Comey’s melodramatic, post hoc claim that he was fired in order to put an end to his ridiculous “Russia probe,” which has nonetheless continued under the FBI’s Deputy Director, yet another Democrat you should have fired on your first day in office.

There is no precedent in American legal history for the claim that one can “obstruct justice” by allegedly interfering with the mere investigation of a non-crime, as opposed to a pending criminal proceeding respecting an actual crime, or for expressing the mere hope that a criminal investigator will exercise his discretion not to pursue a prosecution—a request made by defense attorneys to investigatory agencies as a matter of course.   Nor does the Constitution permit the claim that the President, as Chief Executive, could be charged with “obstruction of justice” for firing an executive branch employee who serves at his pleasure and whose witch-hunting investigation, producing no evidence of any crime, could be terminated outright at your direction or by way of Presidential pardon of the “targets” of the witch hunt.

As this theatre of the absurd plays out on the world stage, you are expected to sit quietly in the audience while the dramatis personae, all executive branch employees, contrive ways to destroy the Chief Executive and his entire administration with the very funds appropriated to the executive branch’s budget.

Mr. President, you cannot allow this farce to continue. In consultation with your lawyers, I would urge you to take the following steps in accordance with your plenary executive authority under the the Constitution:

First, fire Mr. Rosenstein for improperly and illegally appointing a special counsel to conduct a limitless investigation of a non-crime—“links to Russia,” which are no more criminal than links to China or France—when the special counsel statute (28 CFR 600.1) limits the grounds for appointment to cases in which the Attorney General “determines that criminal investigation of a person or matter” is warranted;

Second, determine whether Mueller is in fact investigating you for the legally impossible crime of Presidential “obstruction of justice” regarding investigations you have the power to terminate outright in any event;

(a) he lacks jurisdiction, as the letter appointing him specifies no alleged federal crime to be investigated, because there is none;

(b) if there is in fact an ongoing, groundless investigation for “obstruction of justice,” which would necessarily involve Comey’s conduct and allegations, then Muller’s appointment violates 28 C.F.R. 45.2, which provides that no employee of the Justice Department, including a Special Counsel:

Comey is such a person, on both counts.  The MSM’s argument that Mueller does not have a substantial personal or political relationship with his friend, colleague and protégé Comey is just another item of fake news.

Fourth, if Mueller was in fact engaged in a criminal investigation involving Comey’s  allegations and conduct, then in addition to directing his termination by the Justice Department refer him to the bars to which he is admitted for disciplinary action based on his blatant conflict of interest in accepting and pursuing his appointment, and for accepting payment of federal monies in violation of federal law and the rules of ethics.

Finally, address the nation on why you have taken these steps, demonstrating that they are necessary to prevent what is in effect an attempted coup d’état by operatives of “the swamp” in violation of the Constitution and federal law.  The people who elected you will stand by you even more strongly than before, while your enemies in “the swamp” will be left with no recourse but empty threats of impeachment based on nothing more than the legitimate exercise of your Presidential powers.

By taking these steps you have nothing to lose but illusory “political capital” and everything to gain.  You have it in your power to take arms against a sea of troubles and by opposing end them, or else sink in the quicksand the denizens of the swamp you promised to drain have created out of literally nothing.

The choice, the epoch-making choice, is yours and yours alone.

[Comment Guidelines - Click to view]
The Remnant values the comments and input of our visitors. It’s no secret, however, that trolls exist, and trolls can do a lot of damage to a brand. Therefore, our comments are heavily monitored 24/7 by Remnant moderators around the country.  They have been instructed to remove demeaning, hostile, needlessly combative, racist, Christophobic comments, and streams not related to the storyline. Multiple comments from one person under a story are also discouraged. Capitalized sentences or comments will be removed (Internet shouting).
The Remnant comments sections are not designed for frequent personal blogging, on-going debates or theological or other disputes between commenters. Please understand that we pay our writers to defend The Remnant’s editorial positions. We thus acknowledge no moral obligation whatsoever to allow anyone and everyone to try to undermine our editorial policy and create a general nuisance on our website.  Therefore, Remnant moderators reserve the right to edit or remove comments, and comments do not necessarily represent the views of The Remnant.
back to top
Last modified on Monday, June 19, 2017
Tweet

More in this category: « Antonio Salazar: Another Catholic Statesman, Vilified by Christophobic Revisionists On the Sign of Peace »