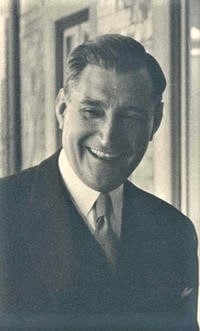 “For me, I have only one goal,” said Antonio de Oliveira Salazar in 1932, Prime Minister of Portugal after a four-year ascendency. “What I propose is to bring Portugal permanently to life!” And he aimed to do this through the Catholic Church.

Before studying law, he had been a seminarian; his roommate at the University of Coimbra, Manuel Gonçalves Cerejeira, later became cardinal patriarch of Lisbon.

Salazar was twenty-one years old at the time of the revolution of 5 October 1910, which overthrew the Portuguese monarchy and instituted the First Portuguese Republic. The political institutions of the First Republic lasted until 1926.

The era of the First Republic has been described as one of “continual anarchy, government corruption, rioting and pillage, assassinations, arbitrary imprisonment and religious persecution.” It witnessed the inauguration of eight presidents, 44 cabinet re-organizations and 21 revolutions. The first government of the Republic lasted less than 10 weeks and the longest-ruling government lasted little over a year.

The regime led Portugal to enter World War I in 1916, a move that only aggravated the perilous state of affairs in the country.

Concurrently, the Catholic Church was hounded by the anti-clerical Freemasons of the Republic and political assassination and terrorism became general. Between 1920 and 1925, according to official police figures, 325 bombs burst in the streets of Lisbon. The British diplomat, Sir George Rendel, said that he “could not describe the political background as anything but deplorable... very different from the orderly, prosperous and well-managed country that it later became under the government of Sehnor Salazar.” Salazar would keep in mind the political chaos of this time when he later ruled Portugal.

“We want to preserve at any price,” said Salazar upon his election, “from this wave that is falling over the world, simplicity of life, purity of morals, gentleness of sentiments, the equilibrium of social relations, and this modest but noble family atmosphere which is proper to Portuguese life.”

Pope Pius XII whole-heartedly supported Salazar’s Catholic counter-revolutionary program, stating: “I bless him with all my heart, and I cherish the most ardent desires that he be able to complete successfully his work of national restoration, both spiritual and material.”

Salazar began immediately to put his plan into action. He wanted simply to restore the Catholic Social Order, wherein the state, government and social establishments would base their laws and practices firmly upon Catholic principles rooted in both the moral and natural law.

Salazar slammed Communism as “the greatest heresy of our time,” and by 1935, had almost entirely eradiated Freemasonry from his country.

In 1940, a concordat governing church/state relations was signed by Portugal and the Vatican. The church was to be “separate” from the state but enjoy a special position. The Concordat of 1940 reversed many of the anticlerical policies undertaken during the First Republic, and the Roman Catholic Church was given exclusive control over religious instruction in the public schools. Only Catholic clergy could serve as chaplains in the armed forces. Divorce, which had been legalized by the republic, was again made illegal for those married in a church service.

The church was given formal “juridical personality,” enabling it to incorporate and hold property. His legislation on marriage and divorce read, in part: “The Portuguese state recognizes the civil effects of marriages celebrated according to canonical laws… In harmony with the essential properties of Catholic marriages, it is understood that by the very fact of the celebration of a canonical marriage, the spouses renounce the legal right to ask for a divorce.”

As it turned out, legally denying canonically-wedded couples the right to even file for divorce made the numbers of Catholic marriages skyrocket to nearly 91 percent of all marriages in Portugal by the year 1960. Catholic families flourished in Portugal while many nearby countries wrestled with the errors, revolutions and wars brought by Communism, Socialism, and the humanistic obsessions of the world at large.

Surely Our Lady of Fatima guided Salazar’s administration, and through efforts such as this (and the merits of a solemn pilgrimage to Fatima made by the Portuguese bishops at the time), preserved Portugal from the Communist “terror”, and the horrors of World War II!

Our Lady even spared the little nation from the bloody Spanish Civil War, which is a miracle unto itself. Salazar had a part to play in this, as well: The revolutionary tumult of Spain could not help but exert some influence on Portugal, and eventually two Portuguese ships mutinied and joined the new Communist Republic of Spain.

Salazar and the Portuguese bishops wouldn’t hear of this, and the intrepid PM ordered that the vessels be bombarded until they surrendered. The bishops chronicled this event by writing that a little revolutionary streak had been summarily “snuffed out” so that Portugal could carry on in peace and security.

Antonio Salazar was not without enemies, and on 4 July 1937 an attempt was made on his life. He had just exited a vehicle on his way to Mass when a bomb detonated ten feet from him. As devastated citizens rushed to the scene, Salazar emerged unscathed from the wreckage, along with his driver, whose only injury was loss of hearing. Salazar pacified the incredulous onlookers, and then he and his chauffeur attended Mass as planned. Once again, the Portuguese bishops documented the occurrence, calling it an act of God that their beloved PM had not been touched by the blast, and acknowledged that his death may have tossed Portugal headlong into the path of the Communist onslaught.

Salazar was widely praised for keeping Portugal neutral during the Second World War. From the war’s very beginning in 1939, Salazar was convinced that Britain would suffer injury, but remain undefeated, that the United States would step into the conflict and that the Allies would win. The American journalist Henry J.

Taylor commented: “I found not another continental European leader who then agreed with him”.

Salazar based his political theory on the doctrines of the popes and throughout the 1930s achieved great prestige in the Catholic world. In 1936, the episcopate expressed its full support for the regime in a Carta Pastoral, reaffirmed the following year by the head of the Catholic Church.

After a 40-year reign (1928–1968), Salazar suffered a stroke in September 1968 and was unable to continue his duties. He died two years later, having lived a life of frugal simplicity, shunning publicity, rarely making public appearances, and never leaving Portugal.

A decade ago, the Portuguese people voted their former Prime Minister, Antonio Salazar, to be “the greatest Portuguese who ever lived”. The Left hated this, because the Left has been in the business of twisting his legacy into that of a murderous dictator. His people remember him better; they remember reality. ■

This article appeared in a recent Print/E-edition of The Remnant as part of our regular "Catholic Heroes" series.  Isn't it time to see what else you've been missing?

[Comment Guidelines - Click to view]
The Remnant values the comments and input of our visitors. It’s no secret, however, that trolls exist, and trolls can do a lot of damage to a brand. Therefore, our comments are heavily monitored 24/7 by Remnant moderators around the country.  They have been instructed to remove demeaning, hostile, needlessly combative, racist, Christophobic comments, and streams not related to the storyline. Multiple comments from one person under a story are also discouraged. Capitalized sentences or comments will be removed (Internet shouting).
The Remnant comments sections are not designed for frequent personal blogging, on-going debates or theological or other disputes between commenters. Please understand that we pay our writers to defend The Remnant’s editorial positions. We thus acknowledge no moral obligation whatsoever to allow anyone and everyone to try to undermine our editorial policy and create a general nuisance on our website.  Therefore, Remnant moderators reserve the right to edit or remove comments, and comments do not necessarily represent the views of The Remnant.
back to top
Read 8454 times Last modified on Thursday, June 15, 2017
Tweet

More in this category: « Note to Sedevacantists: Heresy Does Not Automatically Sever One from the Church Mr. President, fire them all! »