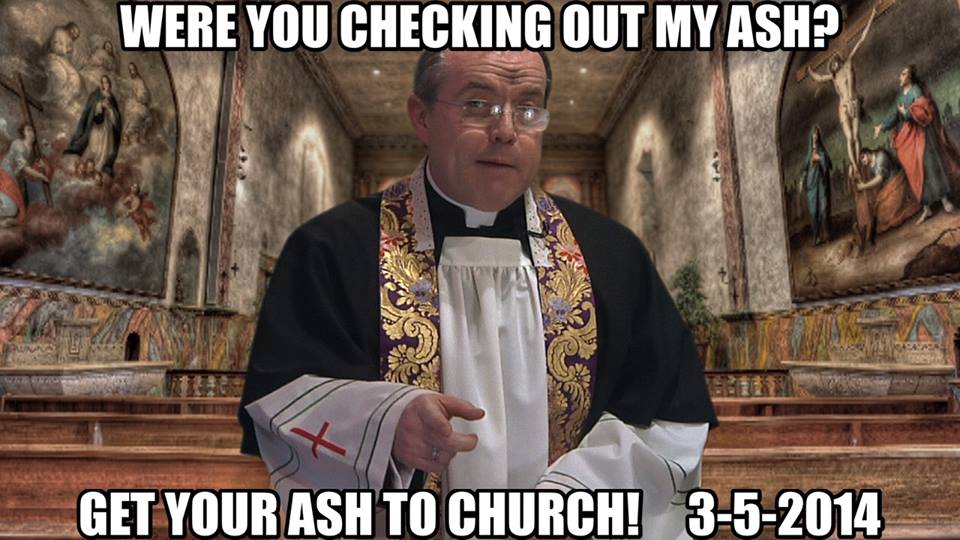 Fr. Paul Nicholson is a diocesan priest incardinated in the Diocese of London, Ontario, Canada. Fr. Nicholson received his seminary formation from St. Peter's Seminary in London...Appointed on July 1st, 2013 by Bishop Ronald Peter Fabbro CSB, Fr. Nicholson has been given the ecclesiastical office of "Missionary Preacher". This new office mandates, with the bishop's blessing, a new effort for the New Evangelization, with new ardor, new methodology, new methods. Offering the traditional parish mission and giving retreats and conferences, Fr. Nicholson is also granted the capacity to work vigorously in the social media and preach daily video homilies.

Indeed, Fr. Nicholson has been working vigorously. He is very active on Facebook, Twitter, YouTube, his blog, and his website. To his credit, Fr. Paul says the Traditional Mass and has very orthodox Catholic views on important sexual moral issues that are under attack today. On these matters it is safe to say he is doing much good for the Church. However, in other matters this isn’t quite the case. One such matter regards Fr. Nicholson’s multiple recent attacks on the Society of St. Pius X (SSPX). As the saying goes, Fr. Nicholson is entitled to his own opinions about the Society, but he is not entitled to his own facts. The Remnant has no affiliation with the SSPX. However, we have often seen fit to publicly correct the record when various “conservative” Catholic apologists have stated inaccuracies about them; inaccuracies which could have been easily prevented by a few simple internet searches.

First, Fr. Nicholson repeatedly and gratuitously refers to the SSPX as being “in schism.” This false claim was has been put to rest at least as early as 2005 when Cardinal Castrillon Hoyos, President of the Pontifical Commission Ecclesia Dei at the time, specifically stated that the SSPX was not in schism . This fact was confirmed again just last year, when the Diocese of Richmond was forced to retract its own previous statement that the SSPX was in schism. In addition, even Catholic Answers apologist Tim Staples, who refers to the SSPX as “radical traditionalists” does not believe the SSPX to currently be in schism.

Second, Fr. Nicholson states, as if it were the official position of the Church, that the priests of the SSPX cannot absolve sins in the confessional .  As conclusive evidence of this amazing claim, Fr. Nicholson cites, not to an official Magisterial document, but to a blog post by Fr. Z. The irony is that Fr. Z argues in his post that SSPX priests cannot absolve sins precisely because they are not schismatic like the Orthodox and thus do not have jurisdiction. The implication is that if the SSPX were schismatic, as Fr. Nicholson believes, they would validly absolve sins. Thus Fr. Nicholson cites to an argument by Fr. Z which actually undercuts his own claim. Nevertheless, the bottom line on this issue is that there is no public official Church document stating that SSPX priests are incapable of absolving sins. Thus, this is the private opinion of Fr. Nicholson, and should not be stated as a fact. Furthermore, there are various compelling reasons to believe SSPX Confessions are valid, which I have already laid out in detail here and here .

Third, Fr. Nicholson makes the incredible and shocking claim that Archbishop Marcel Lefebvre not only died excommunicated but, as a result, “is considered to be damned for all eternity.” Even the slightest bit of research could have informed Fr. Nicholson that excommunications, even from a pope, are not infallible. This is affirmed by none other than Dr. Warren Carroll, who himself disapproved of the SSPX. As Dr. Carroll states:

Popes are not infallible when making excommunications, or any disciplinary judgment, for they are limited by the information they have on the individual or situation in question.

Furthermore, Fr. Nicholson implies that it is impossible for Archbishop Lefebvre to be rehabilitated in the future. Yet, this is not true. Past excommunications can be voided by future popes. This was never made clearer than when, in 1965, Pope Paul VI, along with Orthodox Patriarch Athenagoras I, stated the following regarding the 1054 excommunications of Patriarch Michael Cerularius and others:

They likewise regret and remove both from memory and from the midst of the Church the sentences of excommunication which followed these events, the memory of which has influenced actions up to our day and has hindered closer relations in charity; and they commit these excommunications to oblivion.

In addition, Bishop Fellay recalls the words of Benedict XVI regarding Archbishop Lefebvre when the two met for the first time in 2005:

Does anyone think that Benedict XVI is, with these words, describing a man who cannot be rehabilitated? Who is “damned for all eternity?”

Fourth, Fr. Nicholson embarrassingly reasons that Archbishop Lefebvre, in disobeying a disciplinary law of the Church by consecrating bishops, is a greater sinner than even the notorious Bishop Gumbleton!  This after Fr. Nicholson himself recounts personally witnessing the following:

In the mid-nineties, I attended a lecture given by an auxiliary bishop of Detroit, the Most Reverend Thomas Gumbleton, in which he notoriously rejected the Church's teachings on homosexuality. He instructed some 30 priests (I was only a seminarian, and had no way to protest it) how to do an "end-run" around the Church by discreetly assuring the homosexual in the confessional that they had done nothing wrong in committing genital acts with someone of their own gender. But no excommunication was ever issued for him.  Instead, today, he continues to speak at conferences and writes for magazines…

Fr. Nicholson bases this spurious charge on the easily falsifiable claim that Archbishop Lefebvre considered himself his own pope and started his own “alternative Church!” Fr. Nicholson’s evidence for this is a tongue-in-cheek statement from Fr. Cekada. Sadly, this is not a joke. If Fr. Nicholson was interested in an honest critique of the SSPX, a few keystrokes on his computer could have found the Archbishop himself refuting the claim even as he consecrated the four bishops in 1988:

There is no question of us separating ourselves from Rome…nor of establishing a sort of parallel church as the Bishops of Palmar de Troya have done in Spain. They have even elected a pope, formed a college of cardinals... It is out of the question for us to do such things. Far from us be this miserable thought to separate ourselves from Rome!...

Far be it from me to set myself up as pope! I am simply a bishop of the Catholic Church who is continuing to transmit Catholic doctrine. I think, and this will certainly not be too far off, that you will be able to engrave on my tombstone these words of St. Paul: "Tradidi quod et accepi-I have transmitted to you what I have received," nothing else.

Although I’ve tried to cover the four most egregious errors of Fr. Nicholson, the list of his reckless statements unfortunately goes on. Fr. Nicholson has

Although regular readers of the Remnant are already aware of the numerous errors in Fr. Nicholson’s writings and videos, it is important to get the word out publicly on the internet.  Because Fr. Nicholson speaks well and knowledgably about high profile moral questions, and because of his growing presence on social media, otherwise well-meaning Catholics may be inclined to also trust him as regards the SSPX. As we have seen, this would be a serious mistake.

Published in Fetzen Fliegen
back to top
Last modified on Friday, March 7, 2014
Tweet

More in this category: Ecclesiastical Pornography? »