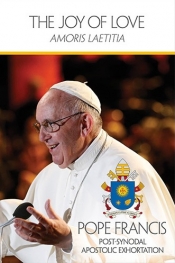 PRESS RELEASE
Contact Dr. Shaw: This email address is being protected from spambots. You need JavaScript enabled to view it.

The ‘National Catholic Reporter’ of Kansas City, Missouri, recently published, without authorisation, the names of the signatories of a letter to the College of Cardinals and Eastern Patriarchs; equally without authorisation, The Australian, an Australia-based newspaper, has recently published the full text of the letter and the accompanying document. The latter is a theological critique of the apostolic exhortation Amoris laetitia, and requested that the cardinals and patriarchs petition Pope Francis to definitively and finally condemn certain propositions. In order to protect the signatories and the critique from misrepresentation, the organisers of these documents wish to offer some further comment and explanation of them.

As explained in previous statements, the organisers did not make these documents public, since they are addressed to the Cardinals and Patriarchs, who would ideally have been allowed to consider them without the distraction of public controversy over the documents.


The critique is the work of a number of Catholic scholars who were concerned that Catholics might understand some passages of Amoris laetitia as contradicting the doctrine of the Catholic faith. The remedy for this danger is an authoritative and final statement by the Supreme Pontiff stating that these understandings cannot be held by Catholics, and that Amoris laetitia does not present them as magisterial teachings or require that they be believed. The college of cardinals has the function of advising the Pope. The patriarchs of the Eastern Catholic churches also have the right and responsibility to advise the Supreme Pontiff on this matter in virtue of the importance of their office. Accordingly a document was drafted setting forth the gravest dangers of the text of Amoris laetitia and sent to the cardinals and patriarchs, along with a letter requesting them to petition the Pope to condemn the errors at issue.

The dangers to the faith found in passages of Amoris laetitia, in light of the ways they can be understood, are indicated by the application of theological censures. Theological censures are terms that identify the precise character of a threat to faith and morals that is found in an assertion. The various censures used in the document refer either to the gravity of the error found in a statement, or to the harmful effects that are liable to result from it. The censures in the critique are purely doctrinal and not juridical in nature, as the signatories do not claim or possess the authority necessary to impose juridical censures. They do not question the personal faith of Pope Francis or claim that he assents to the propositions censured. This is shown by the purpose of the document, which is to obtain a condemnation of these propositions by the Pope. The censures are intended to advise the cardinals and patriarchs, and their authority comes from the Scriptural and magisterial texts that are cited to justify them. Censures of this kind may be assigned by any person in the Church who has the knowledge, role, and mission needed to teach concerning questions of faith and morals.

The censures and the references given to justify them are based on the Catholic understanding of faith and divine revelation. According to this understanding, if a statement is proposed by the Church as requiring the assent of faith (the most authoritative level of teaching), that statement is not a human interpretation of a divine act or teaching, but is a statement made by God Himself. Such statements are formulated using languages and concepts belonging to human cultures, and are taught by the Church in particular historical circumstances. But these languages, concepts, and circumstances do not in any way alter or distort the truths that God asserts. They are used by all-powerful divine providence to express precisely the meaning that God intends to communicate. It is the signatories’ earnest hope and prayer that the cardinals and patriarchs will speak out against the errors that their critique addresses, and that the Holy Father will authoritatively condemn these errors.

[Comment Guidelines - Click to view]
The Remnant values the comments and input of our visitors. It’s no secret, however, that trolls exist, and trolls can do a lot of damage to a brand. Therefore, our comments are heavily monitored 24/7 by Remnant moderators around the country.  They have been instructed to remove demeaning, hostile, needlessly combative, racist, Christophobic comments, and streams not related to the storyline. Multiple comments from one person under a story are also discouraged. Capitalized sentences or comments will be removed (Internet shouting).
The Remnant comments sections are not designed for frequent personal blogging, on-going debates or theological or other disputes between commenters. Please understand that we pay our writers to defend The Remnant’s editorial positions. We thus acknowledge no moral obligation whatsoever to allow anyone and everyone to try to undermine our editorial policy and create a general nuisance on our website.  Therefore, Remnant moderators reserve the right to edit or remove comments, and comments do not necessarily represent the views of The Remnant.
Last modified on Thursday, July 28, 2016