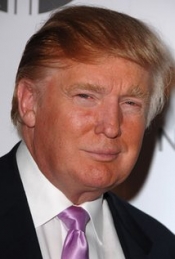 This is the most critical presidential election in the history of the United States. Hillary Clinton, a corrupt, radical pro-abortion, anti-Christian, career politician threatens to change the face of America forever. If elected, she will name three to four Supreme Court justices, cementing Roe v. Wade into the Constitution and losing the court for generations, if not forever. Hillary Clinton opposes home schooling and believes it is the government’s right to educate children and not the parents. She will restrict religious speech and persecute Christians who refuse to support her radical social agenda. She will promote illegal immigration and allow millions of unvettted illegal immigrants into our country. The illegal population will vote democrat far into the future so that no candidate with anything approximating Catholic positions will have a viable chance to be elected president. So despite obvious disagreements with him, I believe Catholics have the moral right to vote for the only viable alternative to Hillary Clinton in this election: Donald Trump.

Donald Trump is the first Republican candidate for president to publicly offer a list of Supreme Court justices he will select from. All of the names have been vetted by undeniable pro-life organizations such as the Heritage Foundation and the Federalist Society. Neither Mitt Romney nor John McCain offered such assurances. Donald Trump has also promised to ensure protections for religious free speech and against punitive governmental action for citizens acting out of religious conviction. In addition, he has just named Mike Pence, a pro-life leader and champion of religious rights as his running mate. There is absolutely no moral justification for any Catholic to vote for Hillary Clinton or to assist Clinton in wining the presidency through not voting or voting for a non-viable third party candidate. The stakes are too high. The price of defeat this November means an anti-Christian executive and judicial branch with no opposition party in congress to offer any effective resistance into the foreseeable future. In other words, not voting for Trump in this election is choosing to commit suicide for our nation and our families.

I am under no illusion that Donald Trump is a saint or that he is a deeply religious man. However, we are not living in the age of Catholic confessional states, and there is no St. Louis to vote for. We are instead living in a secular republic with non-believers, hedonists, lukewarm and liberal Christians, and a smattering of conservative Catholics. Donald Trump is a salesman, a businessman, and a competitor. He is old school, tough, blunt. But most importantly, he deals firmly in reality. Because to get results in business you have to deal in reality or you go bankrupt. I believe this key fact is a huge one for Catholics. The very philsophical foundation of our Faith  is recognizing that there is an objective reality and conforming our thought to be in accord with it.

In contrast, all liberals, especially Hillary Clinton, live in a world of ideology completely unmoored from reality. This is inherently dangerous. We can see it in their desire to create a marriage out of two people of the same gender and their belief that gender is a choice instead of a matter of biology. When leaders start trying to conform society to principles against reality you end up with totalitarianism because you need the force of the state to try to continually change a reality that will not change. We saw it in communist Russia and we can see it in the Church since Vatican II.

Although Trump does not have a 100% Catholic platform, and would never be elected in our society if he did, the one thing he has is common sense. He does what works to get tangible results. With a man who operates based on reality, on what works, on the practical, one can have a conversation. With a progressive ideologue, there is no conversation. Because that person rejects all of the reality based premises you are starting from. They work off of the false premises that white people are all oppressors and have "privelege", all men are sexists, there are no differences between genders, gender is a social construct, following one's religious teachings upholding the natural law is discriminatory and prejudiced. There is no compromise with such an individual because they are living in an unreal world of their own construction.

When any Catholic or serious Christian looks at the facts, I beileve they will see that there is only one possible choice in November to preserve our faith and way of life in the future. Because of this conviction, I have created a website and organization dedicated to stopping Hillary Clinton and her radical pro-abortion, anti-Catholic, ideology this November. It is called Catholics 4 Trump and can be found at www.Catholics4Trump.com. Our Facebook page can be found at: https://www.facebook.com/trump4catholics and our Twitter handle is @Trump4Catholics. I know many Traditional Catholics have many diferent opinions on politics. However I ask you to take a look at the website with an open mind and consider the arguments. Please pray for our nation. Thank You.

[Comment Guidelines - Click to view]
The Remnant values the comments and input of our visitors. It’s no secret, however, that trolls exist, and trolls can do a lot of damage to a brand. Therefore, our comments are heavily monitored 24/7 by Remnant moderators around the country.  They have been instructed to remove demeaning, hostile, needlessly combative, racist, Christophobic comments, and streams not related to the storyline. Multiple comments from one person under a story are also discouraged. Capitalized sentences or comments will be removed (Internet shouting).
The Remnant comments sections are not designed for frequent personal blogging, on-going debates or theological or other disputes between commenters. Please understand that we pay our writers to defend The Remnant’s editorial positions. We thus acknowledge no moral obligation whatsoever to allow anyone and everyone to try to undermine our editorial policy and create a general nuisance on our website.  Therefore, Remnant moderators reserve the right to edit or remove comments, and comments do not necessarily represent the views of The Remnant.
back to top
Last modified on Saturday, July 23, 2016
Tweet

More in this category: « Do Catholics Still Believe? Killer Kardinals From Outer Space (a photo essay) »