Lord of the Rings Star Blasts the Devils of Hollywood 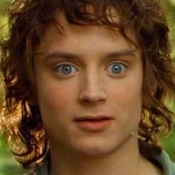 Frodo the Roman Catholic
This just in from the movieguide.com: "In THE LORD OF THE RINGS trilogy, Frodo (played by Elijah Wood) battled Orks, the Dark Lord Sauron and the powers of the ring to save Middle Earth from being ruled the forces of evil. Now, Elijah Wood is speaking out about a very real evil threatening millions of children worldwide.

Wood told the London Sunday Times that Hollywood is in the grip of a child abuse scandal. Wood said the activity is all organized, “There are a lot of vipers in this industry, people who only have their own interests in mind.” He continued, “There is a darkness in the underbelly. If you can imagine it, it’s probably happened.”


For thousands of children and their parents, Hollywood is a shiny gold ring. The hope of becoming famous in movies or on television attracts children with only a small chance of becoming a star. It also attracts pedophiles. To satisfy their lusts pedophiles need access to children. Unless they are so perverted they’re willing to grab children in parks, they need to be in situations where children come to them. This can be an agent, a manager, a director, a teacher, or a youth leader...

Elijah Wood says his mother protected him. He told the London Sunday Times, “She was far more concerned with raising me to be a good human than facilitating my career. I never went to parties where that kind of thing was going on. This bizarre industry presents so many paths to temptation. If you don’t have some kind of foundation, typically from family, then it will be difficult to deal with.” READ ARTICLE HERE

REMNANT COMMENT: Question: When do we traditional Catholics return to the principled countercultural war in which our parents were engaged 40 years ago, and which was rooted in total opposition to the Christophobic sludge being pumped from the sewers of hell by the entertainment industry headquartered in Hollywood, California?

Whatever happened to the culture war? I remember when the SSPX, for example, was hated by the Neo-Catholics as much because of their general position on rock music, modesty, television and the movie industry as for their so-called "schism". The SSPX was full of 'kooks', remember? Traditionalists in general were 'kooks' because they weren't afraid to act on what they knew to be true and on what is being everywhere confirmed these days by the sick world around us, as well as by the testimony of courageous survivors such as Elijah Wood.

When did we become so cool, so sophisticated, so 'with it' that we didn't want to be associated with the 'kooks' who insisted that Hollywood was full of perverts and pedophiles, the pop music industry was dominated by atheists and Satanists, and televisions were best employed as targets at the rifle range?

Christophobia comes complete with its very own theologians, immoral theology manuals, catechisms and the most powerful system of brainwashing the world has ever seen--and the 'kooks' knew it! And the 'kooks' feared it! And the 'kooks' fought it with every bit the same level of passion and intensity that went into their fight against the liturgical revolution.

I miss the good old days. I miss the good old kooks. My kids are still kooks, by the way, and please God may they ever remain so. But raising kooks is getting more difficult all the time, as kooks in general are getting harder and harder to find. Traditionalists are learning to blend in, I fear, and once that becomes so across the board, it'll be all over.  Please God, may we never cease being kooks!

In the meantime, way to go, Frodo! Actors still in possession of the grace and the intestinal fortitude to say what must be said about the buck-naked pervert emperor are few and far between--and they are putting their careers on the line every time they speak out in defense of God and family there amongst the devils in the City of Angels.  Just ask Jim Caviezel. (Who? Exactly!)

Elijah Wood is a Roman Catholic, by the way. May God bless him, Mary keep him and the angels protect him.

[Comment Guidelines - Click to view]
The Remnant values the comments and input of our visitors. It’s no secret, however, that trolls exist, and trolls can do a lot of damage to a brand. Therefore, our comments are heavily monitored 24/7 by Remnant moderators around the country.  They have been instructed to remove demeaning, hostile, needlessly combative, racist, Christophobic comments, and streams not related to the storyline. Multiple comments from one person under a story are also discouraged. Capitalized sentences or comments will be removed (Internet shouting).
The Remnant comments sections are not designed for frequent personal blogging, on-going debates or theological or other disputes between commenters. Please understand that we pay our writers to defend The Remnant’s editorial positions. We thus acknowledge no moral obligation whatsoever to allow anyone and everyone to try to undermine our editorial policy and create a general nuisance on our website.  Therefore, Remnant moderators reserve the right to edit or remove comments, and comments do not necessarily represent the views of The Remnant.
back to top
Last modified on Thursday, June 9, 2016
Tweet

More in this category: « Vatican: ‘Publication of Third Secret of Fatima is Complete’ (But is it completely published?) Francis Discovers Heresy (While Uttering It) »