The Latest Papal Eruption on the Plane Featured

Written by  Christopher A. Ferrara
Rate this item
(53 votes)

Wherein the Pope who lives behind walls condemns walls, gives another thumbs-up to contraception, folds on “gay marriage” and blatantly contradicts himself—as usual.

Another day, another blabbering press conference on the return flight from another useless, blabber-filled papal voyage.

And, as is so often the case, Francis has condemned others for precisely what he himself is guilty of. Speaking of Donald Trump’s vow to build a wall along the entire US border with Mexico, Francis declared:

That’s rich. Last time I was there, the Pope’s entire city-state was surrounded by this: 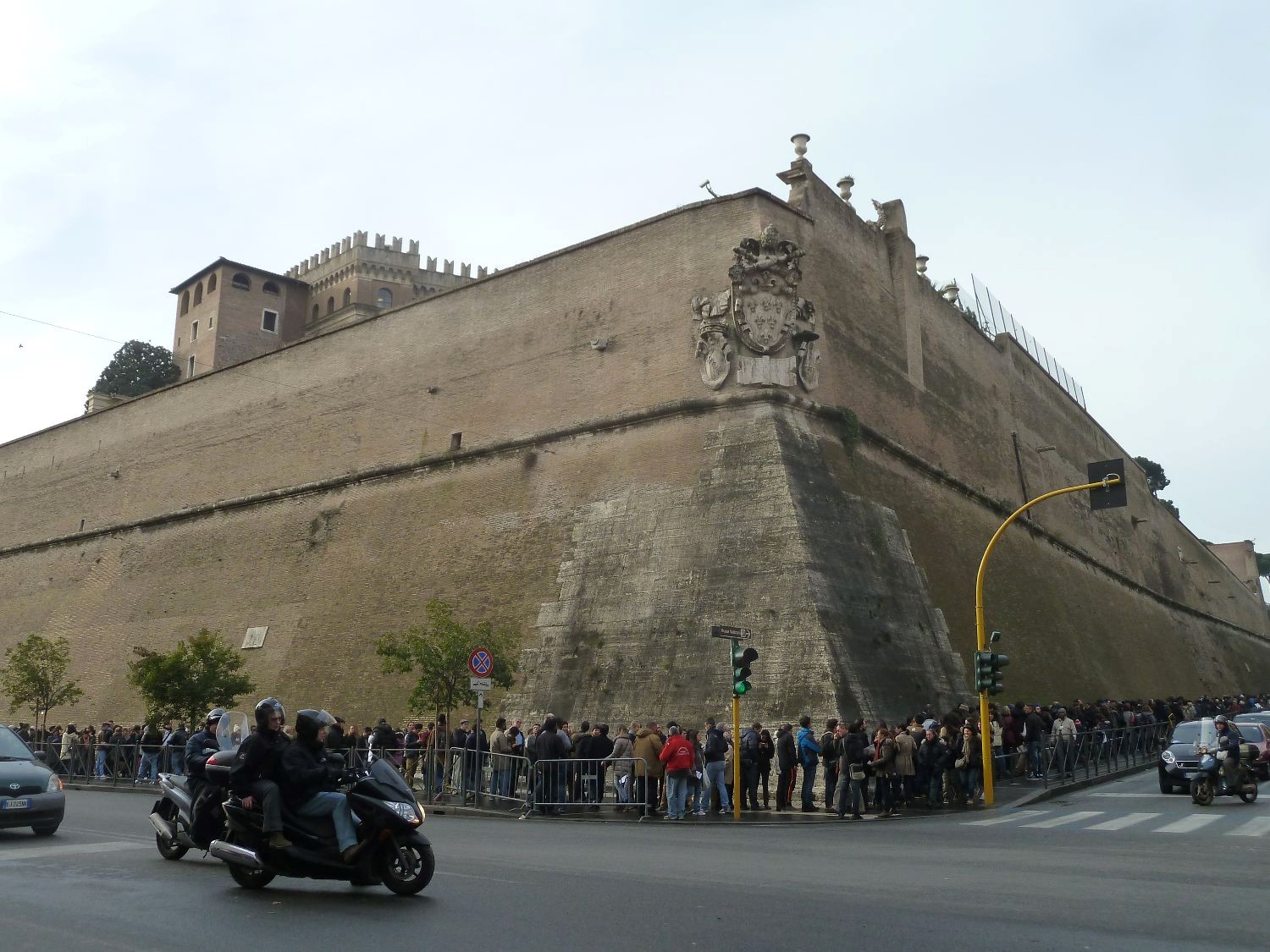 I doubt that any wall Trump could build at the Mexican border would be as impressive as these fortifications. Ah, but the neo-Catholic defenders of the indefensible have a way out! You see, Francis did not actually build the Vatican walls himself. They were already there, having been built in the days when the Pope was under attack by barbarians, Muslims and other enemies—with whom the Church now dialogues as they destroy our civilization without firing a shot. Francis merely benefits from the walls that were already there. Big difference.

Also already there when Francis arrived were the heavily armed Swiss guards keeping everyone out, along with one of the world’s strictest immigration policies, according to which only “

as “the most popular moral heresy in the world.” Well, Francis is nothing if not popular. But any well-catechized child knows that it is never permissible to violate one Commandment on the pretense of following another, and that such “conflicts” in reality do not exist. We may never “do evil that good may come (Romans 3:7-8).” Francis, alarmingly enough, appears not to recognize that the ends of an action can never justify the means, but rather both means and ends must always conform to the moral law.

Francis, whose divinely imposed duty is to defend the Church’s moral teaching without compromise, even during press conferences, continues to display his disdain for such “rigorism.” But at this juncture, really, whatever. Does any observant Catholic still take Francis’s prattling seriously? All we need to know is that whenever we see this— 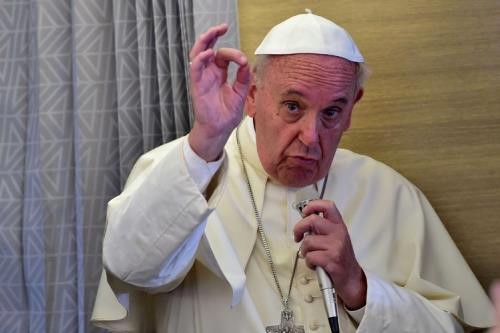 we must brace ourselves for yet another barrage of exploding blunders. Meanwhile, we can only pray for deliverance from this absurd pontificate and the manic cult that surrounds it, surely one of the greatest debacles in Church history.

[Comment Guidelines - Click to view]
The Remnant values the comments and input of our visitors. It’s no secret, however, that trolls exist, and trolls can do a lot of damage to a brand. Therefore, our comments are heavily monitored 24/7 by Remnant moderators around the country.  They have been instructed to remove demeaning, hostile, needlessly combative, racist, Christophobic comments, and streams not related to the storyline. Multiple comments from one person under a story are also discouraged. Capitalized sentences or comments will be removed (Internet shouting).
The Remnant comments sections are not designed for frequent personal blogging, on-going debates or theological or other disputes between commenters. Please understand that we pay our writers to defend The Remnant’s editorial positions. We thus acknowledge no moral obligation whatsoever to allow anyone and everyone to try to undermine our editorial policy and create a general nuisance on our website.  Therefore, Remnant moderators reserve the right to edit or remove comments, and comments do not necessarily represent the views of The Remnant.
back to top
Last modified on Thursday, February 18, 2016
Tweet

More in this category: « Pope of the People Manhandled by the People Converted Trump Now Running for Pope (Absolutely Brilliant Satire) »