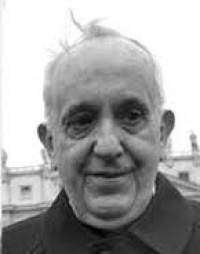 In article “Who’s on First?” I opined that in his letter of September 1, 2015, which declares that “those who during the Holy Year of Mercy approach… priests of the Fraternity of St Pius X to celebrate the Sacrament of Reconciliation shall validly and licitly receive the absolution of their sins,” Pope Francis has exhibited a “freewheeling approach to the Petrine office” akin to “someone wildly firing a shotgun who manages to hit a clay pigeon.” Where the SSPX is concerned, the Pope happens to be on target for the final outcome that justice dictates: the complete and unconditional regularization of the SSPX without any further nonsense about establishing a “full communion” no other Catholics on earth are required to demonstrate.

But Francis’s irregular approach to canon law, in line with his irregular approach to everything else, has raised a number of legitimate and troubling questions among the neo-Catholic commentariat, which has noticed that Francis is a loose canonist and may also be awakening to the reality that he is a loose cannon in general who simply does whatever he pleases with little regard for the consequences.

For example, both the National Catholic Register and the canon lawyer Ed Peters have recognized that Francis’s letter, addressed to Archbishop Rino Fisichella, President of the Pontifical Council for the Promotion of the New Evangelization, raises some rather enormous canonical difficulties. First of all, as NCR asks:

What seems to have happened here is that Francis wanted to do something, so he simply wrote a letter to a Pontifical Council stating “this is what I have decided” for the universal Church without bothering to observe any of the formalities for the promulgation of Church law.

NCR and Peters focus on the letter’s vaunted “permission” to all priests to absolve the sin of abortion. As Francis declares:

… I have decided, notwithstanding anything to the contrary, to concede to all priests for the Jubilee Year the discretion to absolve of the sin of abortion those who have procured it and who, with contrite heart, seek forgiveness for it. May priests fulfil this great task by expressing words of genuine welcome combined with a reflection that explains the gravity of the sin committed, besides indicating a path of authentic conversion by which to obtain the true and generous forgiveness of the Father who renews all with his presence.

As both NCR and Peters point out, however, Francis has not given priests any authority or power of absolution they did not already have under the 1983 Code of Canon Law. To quote NCR: “While in the Eastern Churches the forgiveness of the sin of abortion is reserved to the bishop (Code of Canons of the Eastern Churches, 728), in the Latin rite, all priests who have the faculty to absolve sins in confession are already seemingly able to do this.” So, the “permission” is meaningless as to the Latin rite, which constitutes about 95% of the membership of the Church.

Further, Francis appears to have overlooked Canon 1398: “A person who actually procures abortion incurs a latae sententiae excommunication.” That is, even following absolution of the sin of abortion as such, a species of murder, the canonical penalty of excommunication for that act of murder would remain. Putting aside the questions of who incurs the penalty for “procuring” an abortion (accomplice liability is covered in Canon 1329, § 2) and whether there is an excuse from the penalty (as opposed to the underlying sin) under other provisions of the law, the 1983 Code does not specify who remits the penalty. Under the 1917 Code it was the local ordinary, but the 1983 Code does not specify the remitting authority, which would still appear to be the local ordinary.

So, as NCR and Peters rightly fret, Francis has told priests they can absolve the sin of abortion—something they could do already—without telling anyone what happens to the penalty of excommunication. To quote NCR: “For Latin-rite priests who have the faculty to hear confessions validly, this is not granting them anything new, and they are still not able to lift the penalty of excommunication if they are not able to do so by grant of their own bishop.” In other words, where abortion is concerned the Pope’s letter turns out to be worse than nothing. It amounts to another publicity stunt employing the Sacrament of Confession as a prop and creating the false impression that Francis in his vast mercy has decreed that now, for the first time, abortion may be forgiven by any priest. But this offer is for a limited time only! Get your absolution while the supply lasts! And the media, playing along with the latest papal ad campaign, are hailing Francis’s letter as another of the many wonders wrought by the First Merciful Pope.

As for the letter’s provision regarding the SSPX, NCR notes that from a strict canonical standpoint here too Francis appears to have made things worse. By declaring that SSPX priests can validly and licitly absolve commencing December 8, Francis implies that they “have not had and currently do not have the faculty to absolve sins validly and licitly in confession and will not have it until the beginning of the Year of Mercy on Dec. 8.” Adding to the confusion, notes NCR, Francis’s letter never states that he has actually granted SSPX priests a faculty to hear confessions, nor is the letter directed to the SSPX clergy in the usual manner of the granting of a faculty. Rather, Francis simply wrote a letter a Pontifical Council advising that he has decided that the priests of the SSPX may hear confessions for a year. On what canonical basis? Or is this just Francis’s personal whim?

Moreover, NCR continues: “the question remains as to whether this is a grant of a general faculty to hear confessions — i.e., for all situations where someone approaches a priest of the SSPX — or if there is any sort of limitation that the Holy Father envisions by placing the emphasis not on the SSPX priests but on the faithful who approach them. If this is a general grant of faculty, why was the language of ‘faculty’ never used; but if there are limitations, why are they not listed?”

For us traditionalists, these are questions of form not substance. What most matters about Francis’s letter is that it clearly views the SSPX clergy, not as schismatics, but as Catholics in an irregular situation. On the other hand, NCR’s analysis bears out what my earlier article calls the canonical Chinese water torture to which the SSPX has been subjected in the form of one ad hoc decision after another designed to perpetuate their stay in a canonical limbo invented just for them, while the Vatican grudgingly admits, but only a little at a time, that they are really just Catholics. Yet the Vatican must continue to ostracize them because they will not bow to “the Council”—meaning the Council as liberalizing event rather than any Catholic doctrine the Council is said to have proposed (there being none beyond what the SSPX already affirms as the constant teaching of the Church).

So, it would appear this is another nice mess Francis has gotten us into. But then “make a mess” is the stated Bergoglian game plan. And a game it is. As Francis himself said to Cardinal Mario Poli: “It’s very entertaining to be Pope.” For him, undoubtedly. For us, not so much.

The war against the old Faith is on. Please help The Remnant stay at the frontline.

[Comment Guidelines - Click to view]
The Remnant values the comments and input of our visitors. It’s no secret, however, that trolls exist, and trolls can do a lot of damage to a brand. Therefore, our comments are heavily monitored 24/7 by Remnant moderators around the country.  They have been instructed to remove demeaning, hostile, needlessly combative, racist, Christophobic comments, and streams not related to the storyline. Multiple comments from one person under a story are also discouraged. Capitalized sentences or comments will be removed (Internet shouting).
The Remnant comments sections are not designed for frequent personal blogging, on-going debates or theological or other disputes between commenters. Please understand that we pay our writers to defend The Remnant’s editorial positions. We thus acknowledge no moral obligation whatsoever to allow anyone and everyone to try to undermine our editorial policy and create a general nuisance on our website.  Therefore, Remnant moderators reserve the right to edit or remove comments, and comments do not necessarily represent the views of The Remnant.
back to top
Last modified on Tuesday, September 8, 2015
Tweet

More in this category: « The Cordyceps Pontificate of Pope Francis Gems From Recent Annulment Coverage »