Why We're Right and Everybody in History was Wrong

Miley Cyrus took a well-deserved timeout from running around in her birthday suit, shaking her bottom and sticking her tongue out last week to blast Indiana’s Religious Freedom Restoration Act.  She called the law “unevolved & unjust” and proceeded to mock those who would dare base man’s law on God’s holy word: “THE BIBLE SAYS (if that's what we are realllllly basing a 2015 bill on) ‘the way that you judge others will be the way that you will be judged’ Which I hope is just as harshly and unfair as those apart of Indiana's LGBT community! The fight for freedom isn't over! I won't give up!"

Thanks for those nearly unintelligible words of hate, Miley.  And now for a bit of pictorial context, followed by brief commentary... 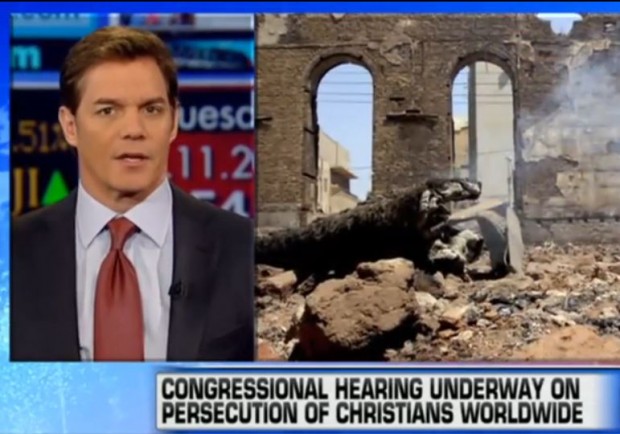 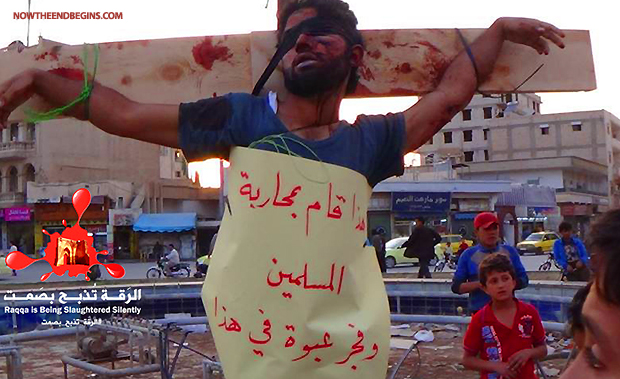 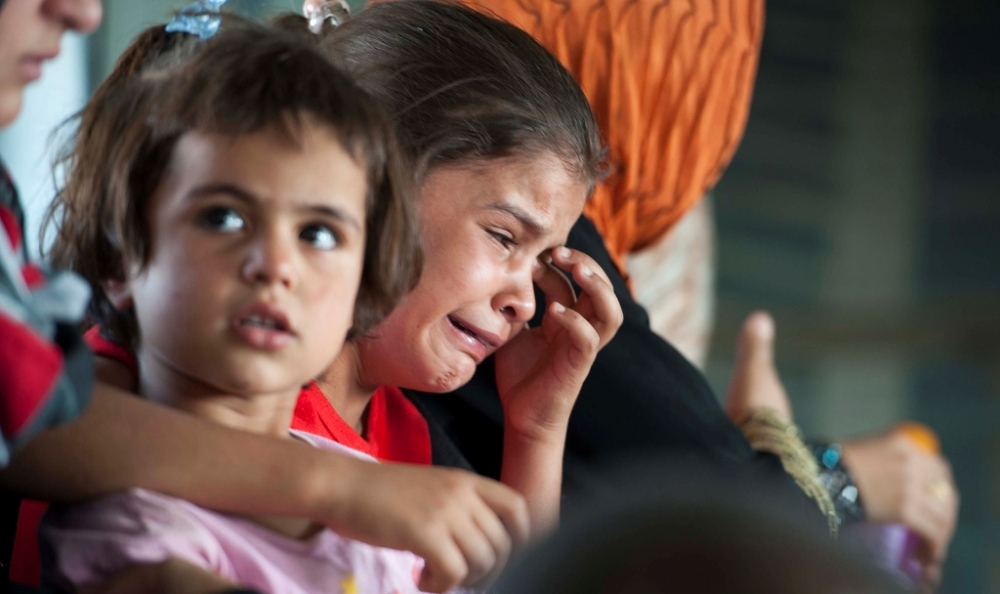 And here's the sort of thing going in American cities after some LBGT groups grew concerned that Christian bakers might not in good conscience be able to bake them a cake.... 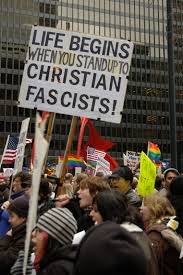 Aren't Christians being slaughtered fast enough around the world without Americans calling them hateful names like fascists and bigots here at home, just because they have a few qualms of conscience over the rush to legalize every perversion known to man for six thousand years?

After all, it’s not as if Christians are making this stuff up. Their “moral hang-ups” go back a couple of millennia, with the Bible, the Torah, the Koran, even the American Psychological Association (until 1972) all providing dire prohibitions and warnings against sexual immorality—whether of the hetero or homo variety.

In fact, sexual morality is as old of sexuality itself, and every protestor in the above photo has a grandmother who would have agreed with today’s 'Christian fascists' on this question. Granny would have fainted dead away, in fact, at the very thought of gay ‘marriage’.  You wouldn't have even spoken of such things in Granny's presence unless you were a total cretin.  So to hell with Grandma Bigot, then. Right? Because we know better!  But...why? Are we really getting smarter?

What’s going on here? Everybody knows that America’s ‘war on drugs’ was a disaster. So why is the Left so eager for a similar big-government war on Christian morality? Haven't we all had a bellyful of big government witch hunts?  With kids shooting and raping and beating each other up in the fourth grade, before returning home to behead Mom and Dad--is it really such a good idea to remove the last bits of Christian moral restraint from an out-of-control society teetering on the edge of a police state?

Besides, after so many centuries of human existence could it be that WE got this "down with morality" thing right, and everybody else for several millennia was dead wrong? Are we absolutely sure about that? Isn't there something just a little weird about America’s new war on morality? Oh, sure it's fun!  Burning your bra always is. But are we going to wake up tomorrow safer without a moral code or any sense of right and wrong?

The thought of our drugged-up, dumb-down, road-raging, warmongering society being sufficiently enlightened to lay claim to any moral high ground on any question seems pretty laughable at the moment. In fact, I just can't keep a straight face at the thought that Miley Cyrus knows better than Grandma Bigot about something like gay ‘marriage’, for example. PUH-leeze!, as a friend pointed out recently, the girl's not only got a companion inside her own befuddled, little head but there's a party going on in there.  The fact is our fathers and grandfathers went to their graves believing that open sexual perversion was the death knell for any society.  Can it possibly be that they were the morons and we the enlightened ones?

We know better than they did—with most of us on drugs, addicted to sex, hooked on video games 24/7, and as ignorant of human history as any generation in the history of the human race? We somehow got this nailed -- when half of us don't even know how to change a flat tire anymore? Come on, doesn't this sound like something straight out of Idiocracy?


How did we get so enlightened—we, the children of the benighted leaders that wiped out more of humanity in one century than their forefathers did in all the wars of human history combined?  Somehow we came out the other side of that century knowing more about morality than all previous human generations since Adam or the monkey or the Big Bang or whatever we think might have happened 950 gazillion years ago when man first started evolving into the supermen we are today.

Well let’s keep telling ourselves that, anyway. We’re right and they were wrong—every one of those stupid old timers from past generations that built western civilization, established Christendom, harnessed electricity, and eventually put a man on the moon.  Isn’t it awesome to think how awesome we are compared to those dolts? I mean, they didn't even think two guys should get married!   MOR-ONS!

We're so enlightened now that we don't even need God. We got this!  There’s no chance we’re wrong because, well, we’re modern. Can you imagine if our old grandmothers weren’t, in fact, total idiots?  Why it's unthinkable that those old girls could have been onto something with all their God-bothering and morality stuff that kept them in loving marriages for 50 years, gave them 50 grandkids apiece, and kept them happy their whole lives.  Nonsense!  Because if they were right that would mean that we just might be..., like,.... totally in the dark about how enlightened we think we are.  And that can't be. Can it? There aren't consequences. . . . are there?

I guess we're about to find out.

[Comment Guidelines - Click to view]
The Remnant values the comments and input of our visitors. It’s no secret, however, that trolls exist, and trolls can do a lot of damage to a brand. Therefore, our comments are heavily monitored 24/7 by Remnant moderators around the country.  They have been instructed to remove demeaning, hostile, needlessly combative, racist, Christophobic comments, and streams not related to the storyline. Multiple comments from one person under a story are also discouraged. Capitalized sentences or comments will be removed (Internet shouting).
The Remnant comments sections are not designed for frequent personal blogging, on-going debates or theological or other disputes between commenters. Please understand that we pay our writers to defend The Remnant’s editorial positions. We thus acknowledge no moral obligation whatsoever to allow anyone and everyone to try to undermine our editorial policy and create a general nuisance on our website.  Therefore, Remnant moderators reserve the right to edit or remove comments, and comments do not necessarily represent the views of The Remnant.
back to top
Last modified on Saturday, April 11, 2015
Tweet

More in this category: « Beware of Geeks Bearing Gifts Made of Recycled Pews: Prez Visits Pope BETRAYED: The Rise and Fall of Dr. Fauci »