Whodunnit? (Someone Else at Catholic Answers Claims Authorship of Post by Jimmy Akin)

Written by  Christopher A. Ferrara
Rate this item
(14 votes) 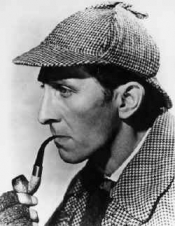 Someone named Michelle Arnold, a Catholic Answers Staff Apologist, contacted The Remnant today to advise that she wrote the piece at JimmyAkin.com under Jimmy Akin’s byline from which I quoted yesterday. Here is the title and headline of the piece as it appears on Akin’s website:

According to Arnold, however, “my original byline was lost and Jimmy's inserted” when the JimmyAkin.com was “globally upgraded.” Arnold suggests that “perhaps you might have called or emailed Jimmy to ask if the blog post [from 2006] still represented his opinion, and found out that he did not write it.”

Well, Ms. Arnold, I don’t make it a practice to ask someone if what appears on his website under his name is his opinion—or, for that matter, whether what is published under his name was actually written by him. Nor has anyone ever followed that strange protocol with anything I have ever published. Like any other author, I am held to what I published or what is published under my name, with my knowledge, unless I repudiate and retract it.

At any rate, if Mr. Akin published Arnold’s article on his website—a two-part series on “Temptations to RadTradisim”—it would appear that he shared Arnold’s opinion, and that he still shares it. If not, he should have taken down the piece, or at least attached the correct name to it.

So why is the piece still there? The answer is that Akin doesn’t reject Arnold’s opinion, and that it still is his opinion as well—appearing under his byline even today. On the other hand, if Mr. Akin now rejects “Arnold’s” opinion, he need only confirm this to me directly, and I will be happy to publish his retraction.

I suppose it is a sign of desperation that Mr. Akin would have Ms. Arnold attempt to take sole take responsibility for an article he published on his own website, and which sat there for year after year under his name, and that he would blame it all on a computer glitch as opposed to his simply not caring whose name appeared on the piece as he agreed with it anyway and they both work for Catholic Answers.

But let us see if Akin now repudiates what Ms. Arnold wrote under his auspices and for his website. If not, then let us deem my article e amended, mutatis mutandis, to read: “Catholic Answers Senior Apologist Jimmy Akin featured prominently on his website the advice of fellow Catholic Answers Apologist, Michelle Arnold, in a two-part series entitled ‘Overcoming Temptations to ‘RadTradism’ etc.” That would actually reinforce my point about Catholic Answers.

Finally, Ms. Arnold also complains: “Akin was not on the Catholic Answers Live radio shows you mention.” I know that, and I noticed and corrected my own mistake within about an hour of the blog post appearing. Catholic Answers staffers Patrick Coffin and Tim Staples did the shows, as I noted in my own article on the subject back in July.

Published in Fetzen Fliegen
back to top
Last modified on Wednesday, October 1, 2014
Tweet