Meriam Ibrahim: Miraculous Medal or Not?

After almost being martyred in Sudan for refusing to renounce her Christian faith a few months ago, global Christian icon Meriam Ibrahim, 27, told Fox News' Megyn Kelly that "Faith means life. If you don't have faith, you are not alive," said Meriam Ibrahim when asked if she was afraid of dying for her faith.

In her first public interview since arriving in the U.S. with her two children and husband, who is also a Catholic, Ibrahim revealed how she was able to survive after being placed on death row in Sudan for her Christian beliefs and her response was simple — "faith."

It was the "only weapon" she used to survive the ordeal. And she believed it was all she needed. She believed God would be sure to deliver her. And He did.

Meriam has appeared several times on national TV with what looks to be a Miraculous Medal, the power sacramental introduced to the world by St. Catherine Labouré, a novice with the Daughters of Charity of St. Vincent De Paul in France, who, 1830,  received a vision from Mary in which Our Lady appeared inside an oval frame which bore the inscription “O Mary, conceived without sin, pray for us who have recourse to thee.”  The Miraculous Medal has been credited with multiple miracles of healing of both soul and body for over 180 years.

So what do you think-- Miraculous Medal or not? 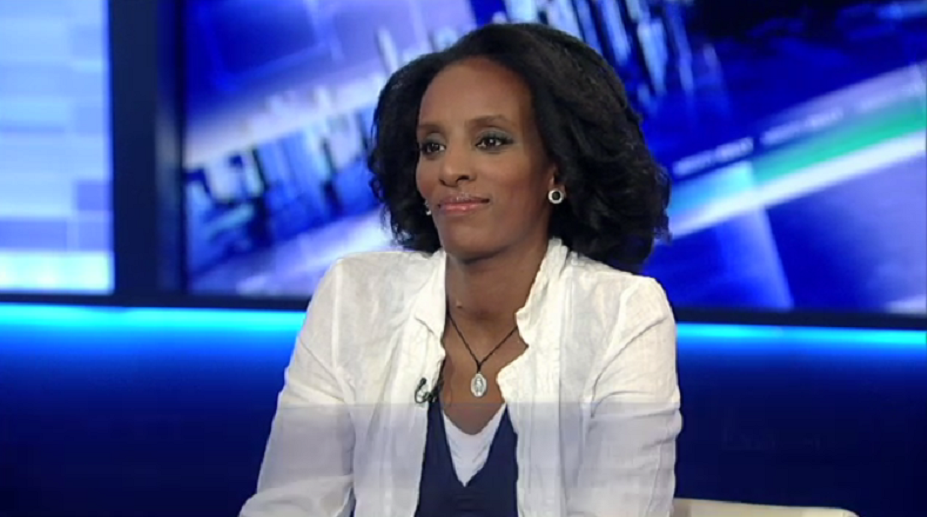 More in this category: « The Latest Pope Francis Blooper: The Catholic Faithful Are No Better than Criminals in Prison Cardinal Burke and the Francis Revolution »