On Sunday a man named David Kelley opened fire in a Baptist church, killing 26 people, including several children, and injuring 24. The death toll may rise. A seven-year-old was shot four times and was still in surgery Sunday evening. It was one of the deadliest church shootings on record. Those who knew him described him as “creepy, crazy, and weird,” with a fiercely anti-Christian bias. Reports from several news agencies now allege that the shooter could have been motivated by militant atheism:

Former classmates of the Texas church shooter, Devin Patrick Kelley, said he was an atheist and outcast who thought Christians were stupid, the Daily Mail reported.

…Cord Eubank Brown, another former classmate, took to social media and said, “There were people I knew who stayed away from this guy for many reasons, which all make sense now.” Brown said he recently received a friend request from Kelley on Facebook.

After carrying out one of the worst church shootings in recent history, Kelley was shot by a resident of Sutherland Springs and fled the scene. Multiple residents reportedly pursued Kelley as he fled from the church until he crashed a few miles later. Police discovered multiple weapons and possible explosives inside his SUV, the Daily Mail reported. Read Brietbart’s full report HERE 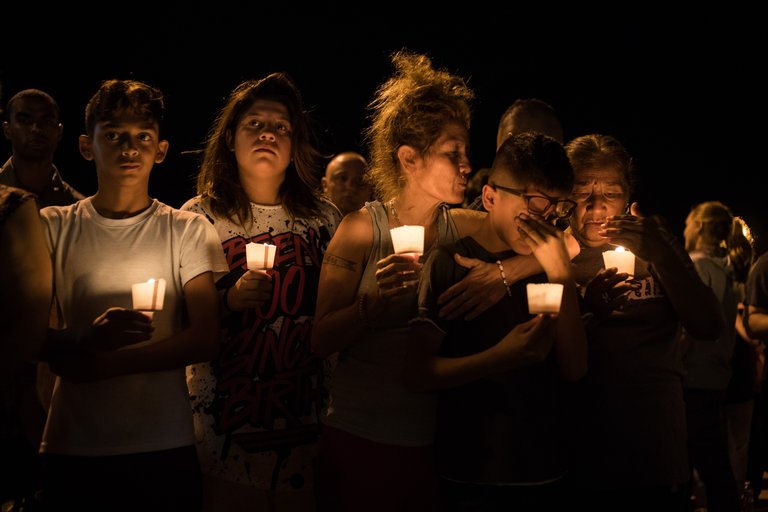 Friends and family mourned their loved ones at a vigil Sunday night.

REMNANT COMMENT:  Atheists who kill Christians are evidently to be given the same religious exemption pass the media routinely pass out to the “Allahu Akbar”-shouting shooters we’ve all gotten painfully used to here in the streets of America.  So it stands to reason that this atheist connection to the Texas shooter isn't particularly newsworthy to leftist ideologues such as Wolf Blitzer.

Still, for the sake of argument, let's imagine for a moment that a meeting of Atheist Alliance International had been targeted by a gun-wielding Christian nutter last Sunday. Would mainstream "news" be so forgiving, failing even to mention the connection between the shooter and his Christian religion? Would they bury the flurry of testimonials pinging all over the Internet from friends of the shooter, insisting he'd been screaming anti-atheist epithets online for years?

Let's be serious.  CNN & Co would be leading every half-hour's news cycle with the screaming headline: "BREAKING: Christian Fundamentalist Shooter Motivated by Hatred of Atheists".  The shooter's religious affiliation in that case would be THE story.

So why the double standard? Why such careful journalistic “integrity” for this reportedly atheist shooter, whose anti-Christian tirades were all over Facebook?  Why? Because it doesn't fit the narrative.  Christians are the only real haters--not Muslims, not atheists, not even deranged gay guys that walk into the American Family Association and start spraying lead at the defenders of Christian marriage.

The hate-hunting industry is fundamentally Christophobic.  And the fact that the MSM are hard-pressed to actually find a single Christian hater who, in the name of Jesus, would mow down innocent people, doesn't seem to particularly bother them. Christians gotta hate! Everybody knows that.

So hate on, atheists. CNN won't out you. They're only interested in a particular kind of "hate", which isn't hate at all. As long as you follow Allah, or believe that two men can get married, or hate God and all the Christians who love Him--well, you are by definition incapable of a hate crime. So rest easy, and hate on!

Published in Headline News Articles
[Comment Guidelines - Click to view]
The Remnant values the comments and input of our visitors. It’s no secret, however, that trolls exist, and trolls can do a lot of damage to a brand. Therefore, our comments are heavily monitored 24/7 by Remnant moderators around the country.  They have been instructed to remove demeaning, hostile, needlessly combative, racist, Christophobic comments, and streams not related to the storyline. Multiple comments from one person under a story are also discouraged. Capitalized sentences or comments will be removed (Internet shouting).
The Remnant comments sections are not designed for frequent personal blogging, on-going debates or theological or other disputes between commenters. Please understand that we pay our writers to defend The Remnant’s editorial positions. We thus acknowledge no moral obligation whatsoever to allow anyone and everyone to try to undermine our editorial policy and create a general nuisance on our website.  Therefore, Remnant moderators reserve the right to edit or remove comments, and comments do not necessarily represent the views of The Remnant.
back to top
Last modified on Tuesday, November 7, 2017
Tweet