No Gay Marriage for Poland 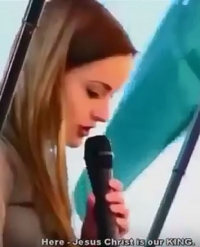 Radio Poland is reporting that President Andrzej Duda has said that the issue of marriage is “clearly and expressly regulated in the Constitution”.

Speaking to the TV Republika broadcaster, Duda was asked whether it is likely that “international organisations, various lobby groups, but also some European countries” could force Poland to accept gay marriage.

“I do not think that the political majority today would agree to any amendment to the Constitution in this area, water down this clause and open interpretation that marriage could also include other genders,” Duda said.

“I unequivocally repeat: marriage in accordance with the Polish Constitution is a union between a man and a woman,” Duda added.

Poland’s constitution is one of seven in the EU to ban gay marriage, and the country is one of six in the 28-member bloc not to allow same-sex civil unions.

The ruling Law and Justice (PiS) party in Poland came to power in late 2015 on a ticket of promoting traditional Polish values, family and Catholic traditions.

Remnant Comment: The Christophobic fascists running the European Union are, at this point, nearly unstoppable in their agenda to institutionalize by force if necessary every manner of legislation and policy that is contrary to God's law, the Holy Bible and the Christian moral foundations of Catholic Europe. Can these demons be held at bay at the Polish border?  Alas, I think not.  On the other hand, there is hope if, culturally speaking, New World Order ideology—propagated so enthusiastically by the world-wide sewer system of MTV and Hollywood—can be gradually undermined by this sort of thing, who knows:

If the threat of Sharia law can finally awaken Catholic Europe to the horrific reality of what Christian apostasy actually leads to, then bring it on.  The Crescent can never crush the Cross, so long as there's a Cross left to crush. If Christians abandon the Cross, Europe is lost forever and Islam will do what Islam does best—fill the void.

Thank you, Isis—you pajama-wearing maniacs—for helping to accomplish what we few Christians who have kept the Faith have thus far failed to do—wake the Catholic peoples of Europe to the suicidal consequences of their apostasy, and thus to help them realize that their only hope is in re-crowning Christ the King.  In any case, nothing is worse than a ruthlessly Christophobic and soul-crushing secularism—even you.

Published in Headline News Articles
[Comment Guidelines - Click to view]
The Remnant values the comments and input of our visitors. It’s no secret, however, that trolls exist, and trolls can do a lot of damage to a brand. Therefore, our comments are heavily monitored 24/7 by Remnant moderators around the country.  They have been instructed to remove demeaning, hostile, needlessly combative, racist, Christophobic comments, and streams not related to the storyline. Multiple comments from one person under a story are also discouraged. Capitalized sentences or comments will be removed (Internet shouting).
The Remnant comments sections are not designed for frequent personal blogging, on-going debates or theological or other disputes between commenters. Please understand that we pay our writers to defend The Remnant’s editorial positions. We thus acknowledge no moral obligation whatsoever to allow anyone and everyone to try to undermine our editorial policy and create a general nuisance on our website.  Therefore, Remnant moderators reserve the right to edit or remove comments, and comments do not necessarily represent the views of The Remnant.
back to top
Last modified on Tuesday, April 11, 2017
Tweet

More in this category: « Pope Francis thanks Malta bishops for guidelines allowing adulterers to receive Communion LUTHER & HIS PROGENY (A New Book from Angelico Press) »