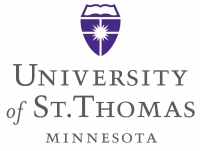 Six days after the most pro-abortion presidential candidate in history lost her bid for the White House, the venerable ‘Catholic’ University of St. Thomas in St. Paul, Minnesota, initiated emergency measures to assist students and faculty in trying to manage depression, anger and sadness over the Clinton defeat.

We’re providing a portion of St. Thomas’s “Note of Support from Counseling and Psychological Services” here below, but please keep in mind that this is (or was once) the premier Catholic institution of higher learning in Minnesota. Established in 1885 as a Roman Catholic seminary, it is named after the Angelic Doctor and currently enrolls over 10,000 students. It is Minnesota’s largest private, non-profit university.

Founded by Archbishop John Ireland, it finds itself today under the presidency of something called Dr. Julie Sullivan who, in a recent convocation address, again signaled the University's pro-gay agenda: “We are called to love and support everyone in our community regardless of their sexual orientation. And, I might add, regardless of the gender of their spouse.”

My father was a graduate of St. Thomas, and I myself was a student there for a time back in the 1980s (before my father decided my soul depended on a transfer to Christendom College) and many priests and Catholic leaders of this community are numbered among its alumni.

And now this, the latest, from a ‘Catholic’ university which distinguishes itself not so much by its Catholicity or fidelity to the magisterium, but rather its pluralism, concerns over climate change and "inclusionism", having recently converted its former seminary into “Islamic prayer spaces” equipped with ritual washing stations and the whole bit:

Last week, President Sullivan reminded us that we are a community of scholars, staff, and faculty who are committed to the common good and that acts of racism will not be tolerated here. On Friday, we heard from student leaders to Stand Up and be active in changing our campus for the better.

As psychologists on staff at Counseling and Psychological Services at St. Thomas, we want our voices to be heard as well as we start a new week together. This is a time of uncertainty and change, as well as a uniquely fear-laden season in our country, our state, and our campus. We recognize that members of our community may be having a range of reactions including fear, sadness, and anger. For students who have felt targeted for their race, ethnicity, immigration status, sexual orientation, gender, or religion, we want you to know that our staff is glad you are part of our community and we are a resource for all of our students to get support.

For those of you struggling with sadness, fear or anger, we encourage you to make self-care primary right now. Spend time with loved ones who know and understand you, take a walk outside to connect with nature, re-read a favorite book, make your favorite meal, or write three things you are grateful for today. Research shows that people on the receiving end of micro-aggressions or blatantly aggressive acts are prone to feelings of sadness, anxiety, and fear. Though these are normal reactions, they can be difficult to handle and so if you are struggling, please know that resources on campus, such as SDIS, Campus Ministry, and CAPS are here to talk with you.  If you'd prefer to seek therapy services off-campus, we are happy to meet with you to talk about off-campus options and coach you on that process. There are many individual providers and group practices near that you can contact directly, such as:

Alternately, you can find a provider through the Rainbow Health Initiative READ MORE HERE

The Rainbow Health Initiative, by the way, has a banner on their homepage which screams: “Advancing Health Equality: There are significant health disparities facing members of Minnesota’s gay, lesbian, bisexual and transgender communities. Our goal is health equity for the LGBTQ community.” So, make of that what you will.

As I read this urgent message to staff, students and faculty of St. Thomas, I found it hard to believe I wasn’t being “punked”. I even checked Snopes, just to make sure. But it’s real alright, and it gets even sillier.

Consider the section under the caption Looking for a place to find peace and calm?

The Wellness Center (355 MHC) will provide space and time for the remainder of the semester for students, faculty and staff who find themselves needing a retreat during the day. Cushions will be laid out with hot tea and a quiet space to calm the mind and spirit.

Remember, this is not a kindergarten but rather a university, whose students are evidently so emotionally pre-teen that they need to be provided with cushions and hot tea to endure an election that didn’t go their way. (One can only imagine how these fragile creatures would deal with something really terrible, such as a natural disaster that left them without Wi-Fi for a few days. God forbid!)

How coddling and handing out cushions and hot tea helps prepare college students for the real world is anyone’s guess. And this is to say nothing of the fact that one might have naturally anticipated a certain degree of campus-wide relief over a criminal pro-abort’s defeat at the polls. And what about the Trump voters on campus? Are there any? If so, I wonder if anyone's handing out cushions and hot tea to them for being treated like racists and haters over how they cast their ballots.

But, wait, there’s more. Under the caption Unpack Your White Privilege, St. Thomas University goes so far as to make common cause with the anarchists trying to burn down U.S. cities just now, screaming “RACISM!” and even threatening death to those happy with the election results.

St. Thomas positions itself to the left of even radical leftists such as Michael Moore, by the way, who appeared on ‘Morning Joe’ (Scarborough) last week and was fair enough to decry the radically liberal charge that Trump supporters are a bunch of racists.

Co-host Joe Scarborough: “I have to repeat it again because it’s maddening. People who live by data should die by data, and the data according to Nate Cohn of the New York Times says this, and let those who have ears to hear, hear: The very people who helped elect Barack Obama president of the United States twice just elected in Wisconsin, in Michigan, in Ohio and Pennsylvania, Donald J. Trump. It’s the data.”

Michael Moore, an outspoken Never Trumper, agreed: “You have to accept that millions of people who voted for Barack Obama, some of them once, some of them twice, changed their minds this time. They’re not racist. They twice voted for a man whose middle name is Hussein. That’s the America you live in.”

That was Michael Moore—this is the University of St. Thomas: The election provides “an opportunity to join St. Thomas faculty in examining whiteness and white privilege to take the next step towards becoming anti-racist allies.”

St. Thomas University will carry on as it pleases, but faithful Catholics have the right to carry on as they please, too, which includes demanding that the word “Catholic” be removed from the letterhead of this blatantly anti-Catholic institution. Surely, there must be Catholic lawyers ready to file the necessary lawsuits to make this happen.

In the meantime, faithful Catholics have the God-given right to boycott an institution which betrays the principles and vision of its founders, the teachings of the Catholic Church, and of course every faithful Catholic that ever cut a tuition check to the University of St. Thomas.

There are a handful of good and longsuffering professors at St. Thomas. I know many of them personally, and I call on them and all Catholic parents whose children are enrolled at St. Thomas University to seriously consider getting out now and resolving instead to put their considerable talents and monies behind the new Catholic colleges and universities that are the hope and future of Catholic higher learning in America: Christendom College, Franciscan University, Ave Maria University, St. Thomas Aquinas College, Wyoming Catholic College, Northeast Catholic College, Thomas More College of Liberal Arts—and a growing handful of others that boast fidelity to the teachings of the Catholic Church, nearly 100 percent practicing and faithful Catholic faculties, staffs and student bodies, and a commitment to provide “safe spaces” for Catholic students pursuing a Catholic education at a Catholic institution of higher learning.

The old “Catholic” colleges and universities of yesterday are Catholic no more, and should cease claiming to be. To paraphrase St. John Fisher, these schools have been betrayed even by them that should have defended the Faith upon which they were founded. They have lost the Faith.

Let’s be done with this betrayal. Let us resolve to never contribute one penny, or to in any other way support or recommend St. Thomas University to anyone. As a Catholic institution, my alma mater is dead to me. My two oldest children are attending one of the small Catholic universities which, by the way, held a campus-wide consecration to the Sacred Heart of Jesus, the Immaculate Heart of Mary and the Kingship of Christ just last week.

They're obviously a long, long way from the University of St. Thomas -- thank God!

Published in Headline News Articles
[Comment Guidelines - Click to view]
The Remnant values the comments and input of our visitors. It’s no secret, however, that trolls exist, and trolls can do a lot of damage to a brand. Therefore, our comments are heavily monitored 24/7 by Remnant moderators around the country.  They have been instructed to remove demeaning, hostile, needlessly combative, racist, Christophobic comments, and streams not related to the storyline. Multiple comments from one person under a story are also discouraged. Capitalized sentences or comments will be removed (Internet shouting).
The Remnant comments sections are not designed for frequent personal blogging, on-going debates or theological or other disputes between commenters. Please understand that we pay our writers to defend The Remnant’s editorial positions. We thus acknowledge no moral obligation whatsoever to allow anyone and everyone to try to undermine our editorial policy and create a general nuisance on our website.  Therefore, Remnant moderators reserve the right to edit or remove comments, and comments do not necessarily represent the views of The Remnant.
back to top
Last modified on Thursday, November 17, 2016
Tweet

More in this category: « President Hillary: What Might Have Been Harvard Student on Trump Protesters: 'A National Embarassment' »