Getting 'Regularized' by Pope Francis: A Fatal Mistake 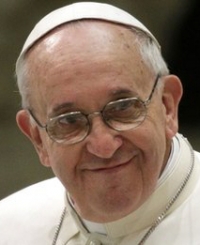 This just in from The Wall Street Journal:

Cardinal Joseph Zen, the most senior Chinese cleric in the Catholic Church, believes the Vatican is fast approaching a tragic mistake in China.

Within days church leaders could conclude a landmark agreement with the Chinese government after 65 years of acrimony and persecution. Pope Francis isn’t known to have signed off, and before he does Cardinal Zen prays to be heard.

The former bishop of Hong Kong speaks with passion that belies his age (84) and recent hospitalization for a lung virus. As we meet at the church complex where he has lived since 2009—and where he first moved as a novitiate from Shanghai in 1948—he warns of “surrender”: that Chinese leaders are demanding it and Vatican officials appear willing to give it “in the hopes of achieving an agreement.”

Proponents say the deal would help millions of “underground” Catholics and open the world’s most populous country for evangelization. Cardinal Zen says it would sacrifice church principles, abandon the faithful, undermine evangelization and invite further repression.

Cardinal Zen slams Vatican diplomats who say that embracing the Patriotic Association is needed to preserve the church’s hierarchy and sacraments. “I would prefer no bishops,” he says. “With fake bishops you are destroying the church.”

That’s what nearly happened in Hungary and other Soviet satellites in the 1970s after Rome embraced an Ostpolitik (“Eastern Policy”) of cooperation with Communist authorities. “The Churches in those countries have not been saved through the Vatican diplomacy,” he wrote recently, “but thanks to the unswerving faith of the simple faithful!”

He believes the same would happen in China if the Vatican refused to bow to Beijing. “I’m sorry to say that in his goodwill he has done many things which are simply ridiculous,” the cardinal says of the pope. READ ARTICLE HERE

REMNANT COMMENT: I'm going to go with the Cardinal on this one. Francis, who seems to be letting his massive ego get the best of him again, evidently wants a feel-good unity at any cost, with his name as “architect” written all over it. And if the various factions in China (and elsewhere) cannot find a way to unify without terrible compromise and at risk of an even worse persecution, Francis seems prepared to just declare it a fait accompli and let the chips fall where they may--in this case to the delight of Chinese Communists and detriment of persecuted Chinese Catholics.

What is this, if not unprecedented papal recklessness.  We must pray for a Divine intervention, that God Himself will finally stop Francis’s March to the Sea.

Published in Headline News Articles
[Comment Guidelines - Click to view]
The Remnant values the comments and input of our visitors. It’s no secret, however, that trolls exist, and trolls can do a lot of damage to a brand. Therefore, our comments are heavily monitored 24/7 by Remnant moderators around the country.  They have been instructed to remove demeaning, hostile, needlessly combative, racist, Christophobic comments, and streams not related to the storyline. Multiple comments from one person under a story are also discouraged. Capitalized sentences or comments will be removed (Internet shouting).
The Remnant comments sections are not designed for frequent personal blogging, on-going debates or theological or other disputes between commenters. Please understand that we pay our writers to defend The Remnant’s editorial positions. We thus acknowledge no moral obligation whatsoever to allow anyone and everyone to try to undermine our editorial policy and create a general nuisance on our website.  Therefore, Remnant moderators reserve the right to edit or remove comments, and comments do not necessarily represent the views of The Remnant.
back to top
Last modified on Saturday, November 5, 2016
Tweet

More in this category: « SSPX District Superior for Italy Objects to Scandal in Sweden On Eve of Election, Pope Francis Stumps For Hillary »