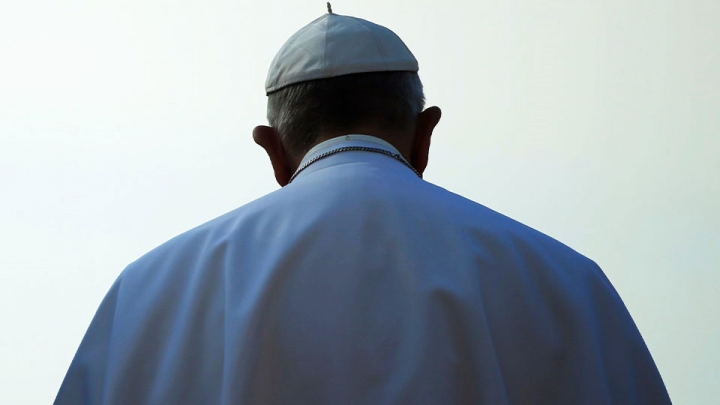 Wouldn’t it be great if Pope Francis were to issue a motu proprio against the universal scourge of predator priests? He was quick to fire one off against priests who offer the Latin Mass. But not so fast when it comes to the pedophiles and pederasts. I wonder why not...

Wouldn’t it be great if Cardinal Blase Cupich were leading a crusade against the collapse of law and order in the city of Chicago right now, where the moral authority of the Catholic Church is obviously in the toilet?

Instead, he's waging a little holy war against Catholics who like the old Latin Mass. I wonder why. Surely, there are bigger fish to fry in the midst of rising moral chaos and a massive clerical sex scandal. 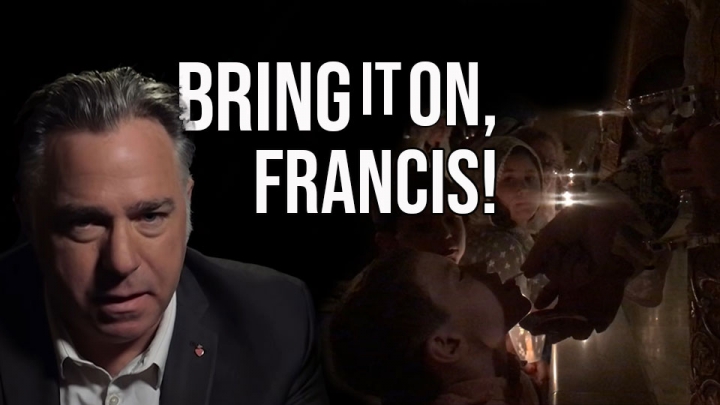 From Francis to Biden, it appears that radical popes use the same dirty-tricks tactics as radical politicians.

Anyone who questions their narrative must be crushed by the new Novus Ordo Inquisition. And I guess Francis hasn't noticed how his ruthless crackdown on faithful Catholics is turning pilgrims into crusaders. Rumor has it that the man is actually very sick with cancer and may not be long for this world. Is this true, and might it perhaps explain his mad push to destroy his own Church? 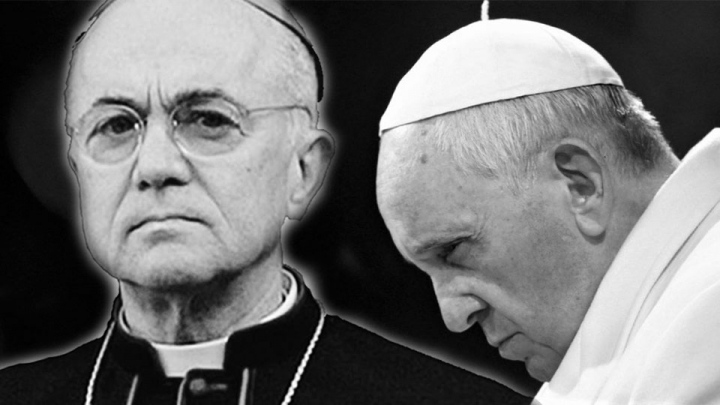 You are those who justify yourselves before men :
God however knows your hearts :
for that which is exalted to men,
is an abomination before God.  -Lk 16 :15

In reading the Responsa ad Dubia recently published by the Congregation for Divine Worship, one wonders to what abysmal levels the Roman Curia could have descended to have to support Bergoglio with such servility, in a cruel and ruthless war against the most docile and faithful part of the Church. Never, in the last decades of a very serious crisis in the Church, has ecclesiastical authority shown itself to be so determined and severe: it has not done so with the heretical theologians who infest the pontifical universities and seminaries; it has not done so with fornicating clergy and prelates; it has not done so in punishing in an exemplary way the scandals of Bishops and Cardinals. But against the faithful, priests and religious who only ask to be able to celebrate the Tridentine Holy Mass, no pity, no mercy, no inclusivity. Fratelli tutti?

Viganò on the “Responsa ad Dubia” of Traditionis Custodes 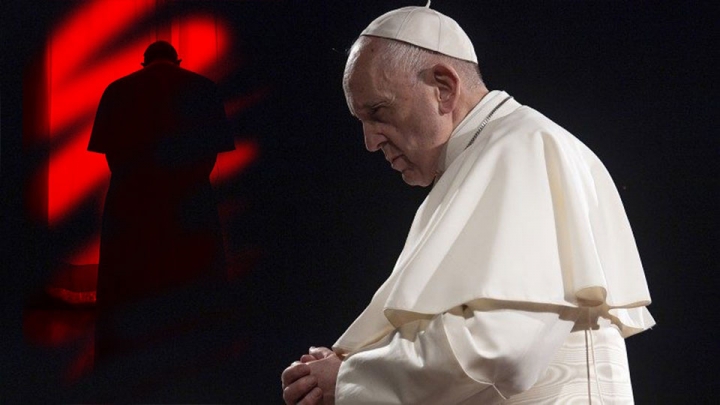 Francis's papacy is now in its last scenes, and sooner or later the curtain is expected to fall to bring this Tragedy to an end. In the meantime, we watch the unfolding of a plot which, fatally, is treading down in its advance Francis himself, his collaborators, and the life of the Universal Church, under its weight of madness, evil and folly. To paraphrase the Swan of Avon, this is a tale acted out by an idiot, full of sound and fury, signifying nothing. 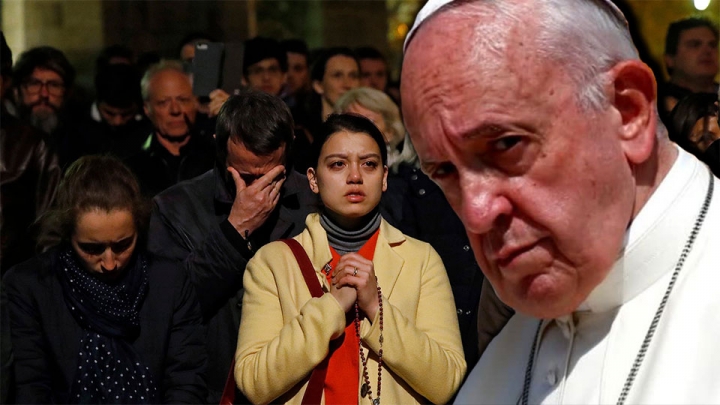 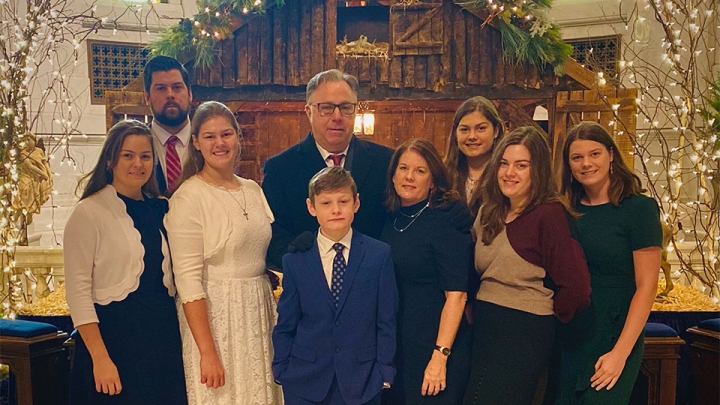 Christmas is upon us once again and if, like the song says, you sure could use a little good news today, this column is for you. Enough with the gloom and doom. There’s plenty of reason to rejoice and be glad this Christmas, maybe more so than ever.

We’ve survived the COVID CRAZY, and it’s beginning to look as though the COVID CRAZIES may give up before we do. Our friends in Australia may be going through the worst of the Nazi Redux, but they’re also schooling the world on how to resist diabolic tyranny. Lead on, mates. We’re right behind you.

THE LAST DAYS OF THE OLD YEAR: A Message of Hope from Michael J. Matt 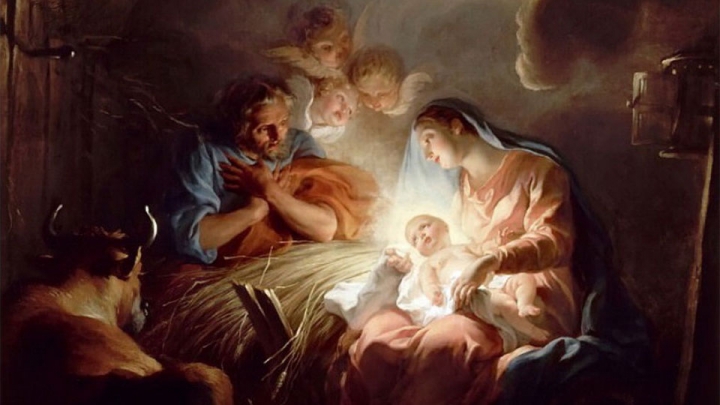 In preparation for Our Lord’s Nativity, many of us have recited the St. Andrew Novena since November 30th, repeating fifteen times a day this petition for God to hear our prayers:

“Hail and blessed be the hour and moment in which the Son of God was born Of the most pure Virgin Mary, at midnight, in Bethlehem, in the piercing cold. In that hour vouchsafe, I beseech Thee, O my God, to hear my prayer and grant my desires through the merits of Our Savior Jesus Christ, and of His blessed Mother. Amen”

Hail and Blessed be the Hour and Moment: Faithful Catholics Left in the Piercing Cold 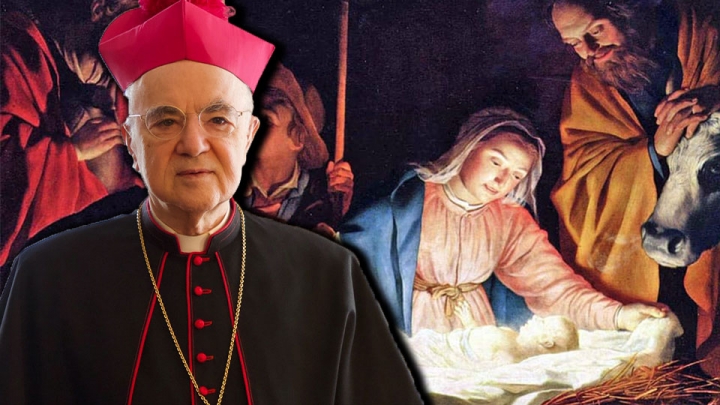 Like every year, in the cycle of seasons and of history, the Holy Church celebrates the Birth according to the flesh of Our Lord Jesus Christ, eternal God and Son of the eternal Father, conceived by the work of the Holy Spirit by the Virgin Mary. With the solemn words of the liturgy, the Birth of the Redeemer imposes itself on humanity by dividing time into a “before” and an “after.” Nothing will be the same as before: from that moment the Lord incarnates himself to carry out the work of Salvation and definitively snatches man, who fell in Adam, from the slavery of Satan. This, dear brothers and sisters, is our “Great Reset,” with which divine Providence restored the order broken by the ancient Serpent with the Original Sin of our First Parents; a Reset from which apostate angels and their leader Lucifer are excluded, but which has granted all men the grace to be able to benefit from the Sacrifice of God made man, and to regain the eternal life to which they were destined since the creation of Adam. 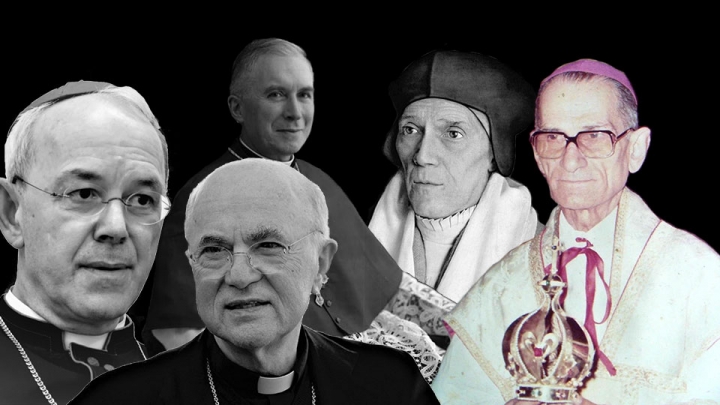 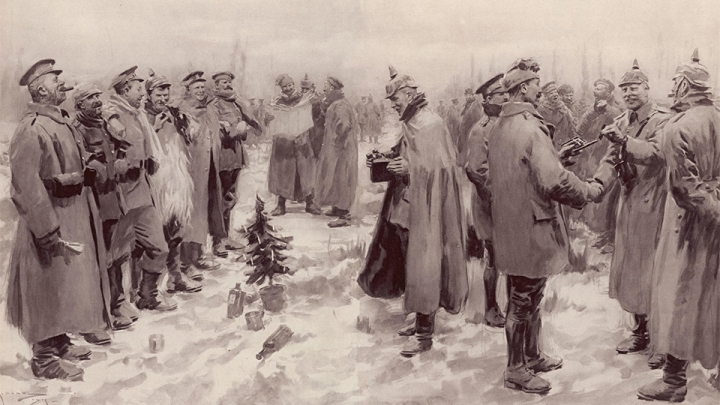 Editor’s Note: This article was published in The Remnant in 2006 after having first appeared on the Your Guide to 20th Century History website. It is reproduced here with the permission of the author. The original song by John McCutcheon is well worth listening to as you read this incredible story from a day and age not so very far removed from our own but, alas, fading in every way from the consciousness of "grown up" and "enlightened" men who've lost sight of God, Country and even who and what they are anymore-- much less the true meaning of Christmas. MJM

Christmas in the Trenches, the True Story 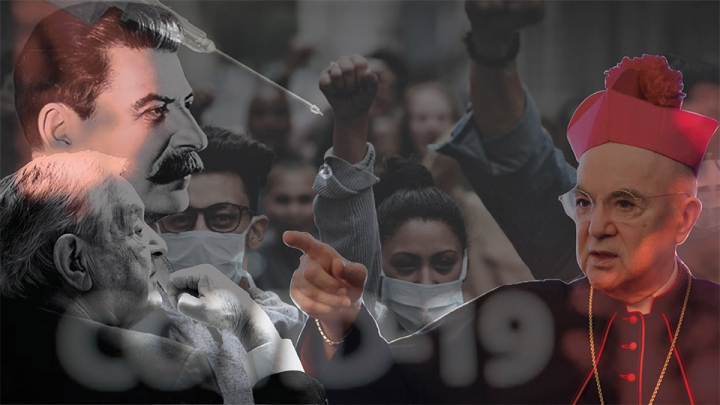 Dear American People, Dear Friends, for two years now, a global coup has been carried out all over the world, planned for some time by an elite group of conspirators enslaved to the interests of international high finance. This coup was made possible by an emergency pandemic that is based on the premise of a virus that has a mortality rate almost analogous to that of any other seasonal flu virus, on the delegitimization and prohibition of effective treatments, and on the distribution of an experimental gene serum which is obviously ineffective, and which also clearly carries with it the danger of serious and even lethal side effects. We all know how much the mainstream media has contributed to supporting the insane pandemic narrative, the interests that are at stake, and the goals of these groups of power: reducing the world population, making those who survive chronically ill, and imposing forms of control that violate the fundamental rights and natural liberties of citizens. And yet, two years after this grotesque farce started, which has claimed more victims than a war and destroyed the social fabric, national economies, and the very foundations of the rule of law, nothing has changed in the policies of Nations and their response to the so-called pandemic.