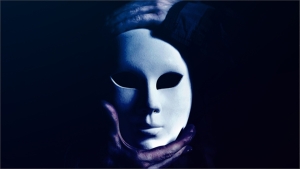 “April is the cruellest month.” So sang American poet T.S. Eliot in “The Waste Land.” But he spoke too soon.

For the cruelest month is now the one just ending. In June, the fakery of compassion de-disguises and comes out florid as rainbow-colored pride. People suffering from temptations and mental illness—people who crave the horror of sodomy or who think that the body they were born with should be carved up and re-sexed—are held up by the “compassionate” among us as the vanguard of a new age. It is the cruelest display I have ever seen. Gay pride, lesbian pride, transgender pride, pedophile pride, and the pride of a thousand other deviancies besides these—this is the animal in man, but said by the “enlightened” to be the highest order of the human race.