WHO THEN ARE YOU, O IMMACULATE CONCEPTION 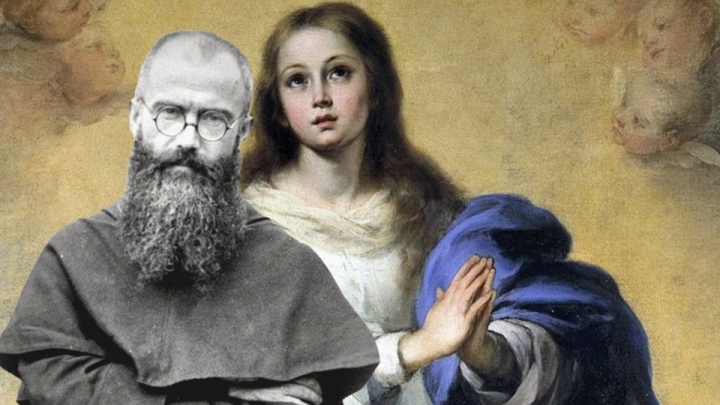 “IMMACULATE CONCEPTION. These words fell from the lips of the Immaculata herself. Hence, they must tell us in the most precise and essential manner who she really is.

Since human words are incapable of expressing divine realities, it follows that these words: “Immaculate,” and “Conception” must be understood in a much more profound, much more beautiful and sublime meaning than usual: a meaning beyond that which human reason at its most penetrating, commonly gives to them.

St. Paul wrote, quoting the Prophet Isaiah: “Things that the eye has not seen, that the ear has not heard, that the heart of man has not imagined” (Is. 64,4), such are the good things that God has prepared for those who love him (I Cor. 2,9). Here, these words apply fully.

However, we can and should reverently inquire into the mystery of the Immaculata and try to express it with words provided by our intelligence using its own proper powers.

Who then are you, O Immaculate conception?

Not God, of course, because he has no beginning. Not an angel, created directly out of nothing. Not Adam, formed out of the dust of the earth (Gen. 2,7). Not Eve, molded from Adam’s rib (Gen. 2,21). Not the Incarnate Word, who exists before all ages, and of whom we should use the word “conceived” rather than “conception”. Humans do not exist before their conception, so we might call them created “conceptions.” But you, O Mary, are different from all other children of Eve. They are conceptions stained by original sin; whereas you are the unique, Immaculate Conception.

Everything which exists, outside of God himself, since it is from God and depends on him in every way, bears within itself some semblance to its Creator; there is nothing in any creature which does not betray this resemblance, because every created thing is an effect of the Primal cause. 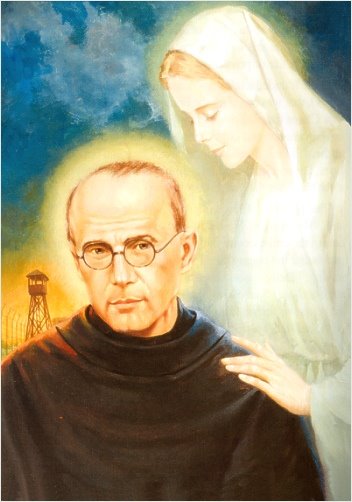 It is true that the words we use to speak of created realities express the divine perfections only in a halting, limited and analogical manner. They are only a more or less distant echo- as are the created realities that they signify- of the properties of God himself.

Would not “conception” be an exception to this rule? No; there is never any such exception.

The Father begets the Son; the Spirit proceeds from Father and Son. These few words sum up the mystery of life of the Most Blessed Trinity and of all the perfections in creatures which are nothing else but echoes, a hymn of praise, a many-hued tableau, of this primary and most wondrous of all mysteries.

We must perforce use our customary vocabulary, since it is all we have; but we must never forget that our vocabulary is very inadequate.

Who is the Father? What is his personal life like? It consists in begetting, eternally; because he begets his Son from the beginning, and forever.

Who is the son? He is the Begotten-One because from the beginning and for all eternity he is begotten by the Father.

The Father begets; the Son is begotten; the Spirit is the “conception” that springs from their love; there we have the intimate life of the three Persons by which they can be distinguished one from another. But they are united in the oneness of their Nature, of their divine existence.

The spirit is, then this thrice holy “conception,” this infinitely holy, Immaculate Conception.

The Holy Spirit dwells in her, lives in her. This was true from the first instant of her existence. It was always true; it will always be true.

Everywhere in this world we notice action, and the reaction which is equal but contrary to it; departure and return; going away and coming back; separation and reunion. The separation always looks foreword to union, which is creative. All this is simply an image of the Blessed Trinity in the activity of creatures. Union means love, creative love. Divine activity, outside the Trinity itself, follows the same pattern. First, God creates the universe; that is something like a separation. Creatures, by following the natural law implanted in them by God, reach their perfection, become like him, and go back to him. Intelligent creatures love him in the conscious manner; through this love they unite themselves more and more closely with him, and so find their way back to him. The creature most completely filled with this love, filled with God himself, was the Immaculata, who never contracted the slightest stain of sin, who never departed in the least from God’s will. United to the Holy Spirit as his spouse, she is one with God in an incomparably more perfect way than can be predicated of any other creature.

What sort of union is this? It is above all an interior union, a union of her essence with the “essence” of the Holy Spirit. The Holy Spirit dwells in her, lives in her. This was true from the first instant of her existence. It was always true; it will always be true.

In what does this life of the Sprit in Mary consist? He himself is uncreated Love in her; the Love of the Father and of the Son, the Love by which God loves himself, the very love of the Most Holy Trinity. He is a fruitful Love, a “Conception.” Among creatures made in God’s image the union brought about by married love is the most intimate of all (cf. Mt. 19,6). In a much more precise, more interior, more essential manner, the Holy Spirit lives in the soul of the Immaculata, in the depths of her very bring. He makes her fruitful, from the very first instant of her existence, all during her life, and for all eternity.

In the Holy Spirit’s union with Mary we observe more than the love of two beings; in one there is all the love of the Blessed Trinity; in the other, all of creation’s love. So it is that in this union heaven and earth are joined; all of heaven with all the earth, the totality of eternal love with the totality of created love. It is truly the summit of love.

At Lourdes, the Immaculata did not say of herself that she had been conceived immaculately, but, as St. Bernadette repeated, “Que soy era immaculada councepciou”: “I am the Immaculate Conception.”

If among human beings the wife takes the name of her husband because she belongs to him, is one with him, becomes equal to him and is, with him, the source of new life, with how much greater reason should the name of the Holy Spirit, who is the divine Immaculate Conception, be used as the name of her in whom he lives as uncreated Love, the principle of life in the whole supernatural order of grace?”

[Comment Guidelines - Click to view]
The Remnant values the comments and input of our visitors. It’s no secret, however, that trolls exist, and trolls can do a lot of damage to a brand. Therefore, our comments are heavily monitored 24/7 by Remnant moderators around the country.  They have been instructed to remove demeaning, hostile, needlessly combative, racist, Christophobic comments, and streams not related to the storyline. Multiple comments from one person under a story are also discouraged. Capitalized sentences or comments will be removed (Internet shouting).
The Remnant comments sections are not designed for frequent personal blogging, on-going debates or theological or other disputes between commenters. Please understand that we pay our writers to defend The Remnant’s editorial positions. We thus acknowledge no moral obligation whatsoever to allow anyone and everyone to try to undermine our editorial policy and create a general nuisance on our website.  Therefore, Remnant moderators reserve the right to edit or remove comments, and comments do not necessarily represent the views of The Remnant.
back to top
Last modified on Wednesday, December 7, 2022
Tweet
More in this category: « Satan’s Vile Attacks on Traditional Catholicism Spotlight What He Hates Most WHEN IS IT PERMISSIBLE TO MISS MASS ON SUNDAY? Eight Questions for Bishop Schneider »