No Room at the Globalist Inns 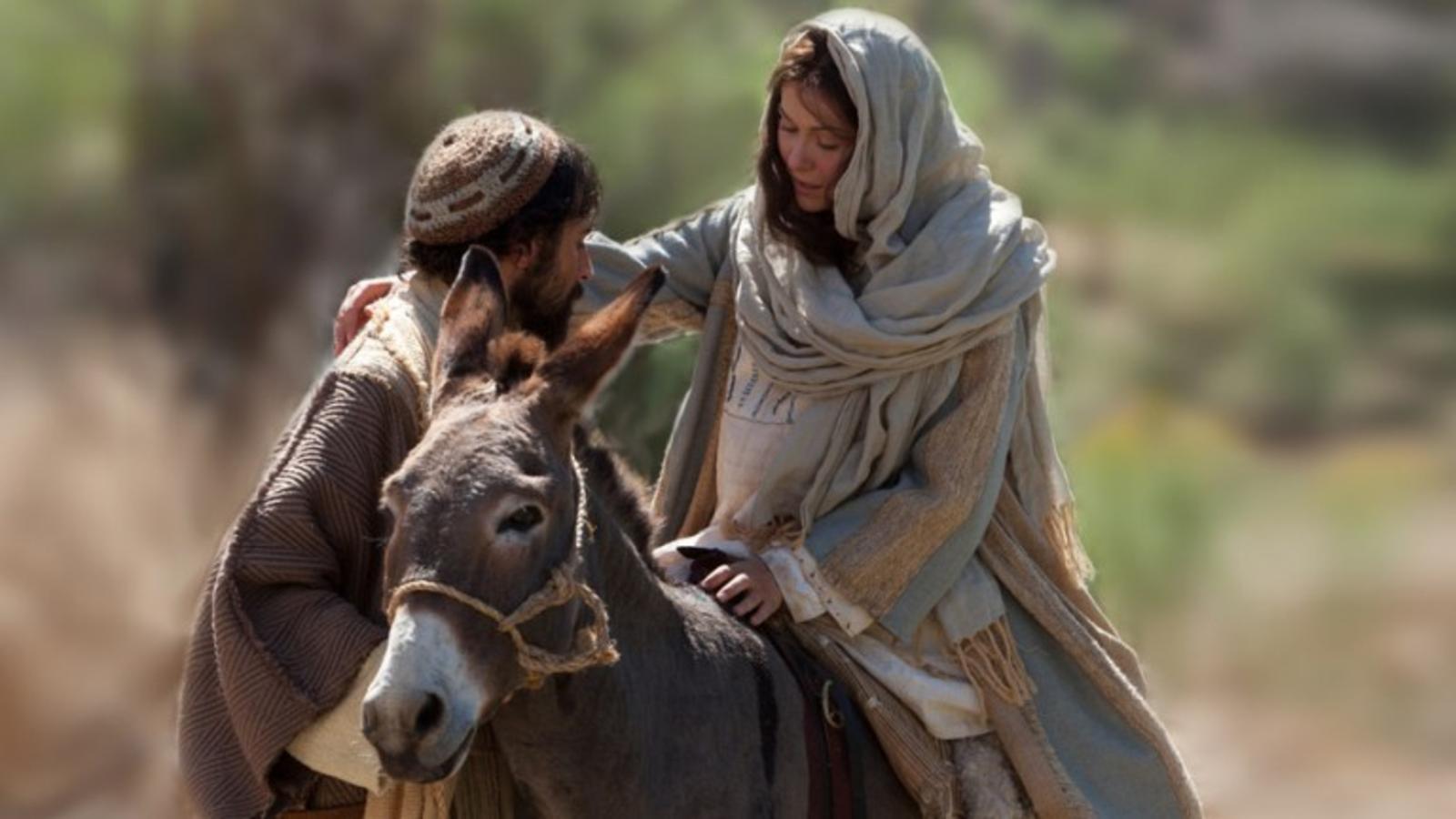 Since the first Pentecost, there have been few years that have seen worldwide transformations of the scale and magnitude we have seen since last Christmas. Almost all aspects of our lives have been upended, and many things that seemed most stable have now seemingly changed forever.

Most people are so disoriented that they cannot begin to appreciate the extent to which the world has changed — many of these simply know what their chosen media oracles tell them, though it invariably contradicts what they can plainly observe.

St. Luke does not provide much detail about the Holy Family’s attempt to find lodging in Bethlehem, simply relating that “there was no room for them in the inn” (Luke 2:7). For additional detail we can look to the private revelations of Venerable Mary of Agreda in her The Mystical City of God, and Blessed Anne Catherine Emmerich in her The Life of the Blessed Virgin Mary. As Venerable Mary of Agreda describes, the Holy Family encountered contradictions and trials as soon as they entered Bethlehem:

They entered the town, and wandered through many streets in search of a lodging-house or inn for staying over night. They knocked at the doors of their acquaintances and nearer family relations; they were admitted nowhere and in many places they met with harsh words and insults.”

Certainly, God could have allowed them to find lodging upon entering the town or else led them without delay to their eventual destination. Instead, He chose from all eternity to allow them to undergo hardship and suffer rejection.

Thinking in terms of the Holy Family’s search for lodging, this year men and women of good will have been rejected by the various inns of the world more than at any time in our lifetimes. At each door, we knock and say we would like to live our Faith fully.

What do we hear in response? The ostensibly Catholic churches tell us their doors are closed and that they cannot provide sacraments when people need them most. The Church hierarchy sees our plight and, among other things, sponsors the Higher Committee of Human Fraternity, endorses Joe Biden for president, continues to betray Chinese Catholics, supports civil unions, and mocks the Holy Family with the official Vatican “nativity scene.”

Worldwide and national medical professionals tell us to take various actions to protect the health of the vulnerable population, all of which have the unifying characteristic of diminishing everyone’s physical and mental health.

The doctors tell us that we cannot have priests or family visit those dying in their hospitals. The media tells us lie after lie, further dimming the wits of those foolish enough to take their “news” seriously.

Our employers tell us that we must embrace evolving gender understandings and that we need to take vaccines paradoxically promoted by those who seek to reduce world population.

Our government tells us that our votes no longer count.

And, in case we had any doubt, the globalists tell us that our world will no longer tolerate the practice of devout Christianity. Quite simply, the globalists must require us to reject God because otherwise we might have the sense and grace to resist their initiatives.

And yet we must continue to perform our duties of state to the best of our abilities, which requires us to interact with a world that rejects us more and more. We, like St. Joseph, must persevere in the face of contradictions. Blessed Anne Catherine Emmerich describes St. Joseph’s great distress at being unable to provide for his family as he wished:

“Joseph came back to her in great distress; he had found no shelter. His friends, of whom he had spoken to the Blessed Virgin, would hardly recognize him. He was in tears and Mary comforted him. He went once more from one house to another; but as he gave the approaching confinement of his wife as his chief reason for his request, he met with even more decided refusals.”

Of course we know that St. Joseph did not give up, despite the rejections and apparent failures. He had the grace to see God’s Providence. Venerable Mary of Agreda provides his words to the Blessed Virgin Mary:

No doubt Heaven, in thus allowing the hearts of men to be so unmoved as to refuse us a night-lodging, conceals some mystery. I now remember, Lady, that outside the city walls there is a cave, which serves as a shelter for shepherds and their flocks. Let us seek it out; perhaps it is unoccupied, and we may there expect some assistance from Heaven, since we receive none from men on earth.”

Faced with the reality that the people of Bethlehem refused to provide shelter for the Holy Family in their time of great need, St. Joseph recognized that God must have a purpose for such contradictions. This realization prompted St. Joseph to consider an alternative that would not have appealed to him previously.

For those still willing and able to appreciate reality, 2020 has closed doors that can now only be opened to us if we are willing to sacrifice our faith, morals, and ability to reason. What doors remain open to us? In many cases we have found welcome in humble yet peaceful alternatives to our hitherto more ambitious and worldly preferences. In a real sense, it seems that God has led us through tribulation to where many of us ought to have been all along. Accordingly, many of us have had the occasion to thank God for turning us toward paths that we would not have considered previously.

Though we have some consolation in the consideration that our hardships may have led us closer to virtue, we still have reason to be apprehensive about what comes next. Surely what comes next for each of us will be other opportunities to choose between rejecting God or being rejected by the world. In each such decision we can recall the words of Venerable Mary of Agreda about the humble cave that saw the birth of the world’s Redeemer:

The Palace which the supreme King of kings and the Lord of lords had chosen for entertaining His eternal and incarnate Son in this world was a most poor and insignificant hut or cave, to which most holy Mary and Joseph betook themselves after they had been denied all hospitality and the most ordinary kindness by their fellow men . . . This place was held in such contempt that though the town of Bethlehem was full of strangers in way of night-shelter, none would demean or degrade himself so far as to make use of it for a lodging; for there was none who deemed it suitable or desirable for such a purpose, except the Teachers of humility and poverty, Christ our Saviour and His purest Mother.”

God had chosen from all eternity to lead the Holy Family to the cave which was not deemed worthy for lodging by others. Indeed, St. Joseph would not have considered the cave had he not been continuously rejected by all who could provide shelter in Bethlehem. And yet it was precisely where God wanted the Holy Family to be.

As 2020 draws to a close, we face the real possibility that we will soon look back on this year as relatively tranquil and predictable compared with the “new normals” the globalists have planned for us in 2021. Will God intervene to crush His enemies? If so, the victory will be joined by those — the small remnant — who have rejoiced to find themselves exactly where God wants them to be, even if it happens to be someplace the rest of the world would despise. In the end we will either be in the globalist inns rejecting Christians or in the company of the Holy Family, rejected by the world.

Grant us, O Lord Jesus, faithfully to imitate the examples of Thy Holy Family, so that in the hour of our death, in the company of Thy glorious Virgin Mother and St. Joseph, we may deserve to be received by Thee into eternal tabernacles.

Published in Remnant Articles
[Comment Guidelines - Click to view]
The Remnant values the comments and input of our visitors. It’s no secret, however, that trolls exist, and trolls can do a lot of damage to a brand. Therefore, our comments are heavily monitored 24/7 by Remnant moderators around the country.  They have been instructed to remove demeaning, hostile, needlessly combative, racist, Christophobic comments, and streams not related to the storyline. Multiple comments from one person under a story are also discouraged. Capitalized sentences or comments will be removed (Internet shouting).
The Remnant comments sections are not designed for frequent personal blogging, on-going debates or theological or other disputes between commenters. Please understand that we pay our writers to defend The Remnant’s editorial positions. We thus acknowledge no moral obligation whatsoever to allow anyone and everyone to try to undermine our editorial policy and create a general nuisance on our website.  Therefore, Remnant moderators reserve the right to edit or remove comments, and comments do not necessarily represent the views of The Remnant.
back to top
Last modified on Sunday, December 27, 2020
Tweet

More in this category: « Puer natus est in Bethlehem: Christmas Greetings from The Remnant Phrancis, Phisher of Men »