Slavery, Racism and the Church 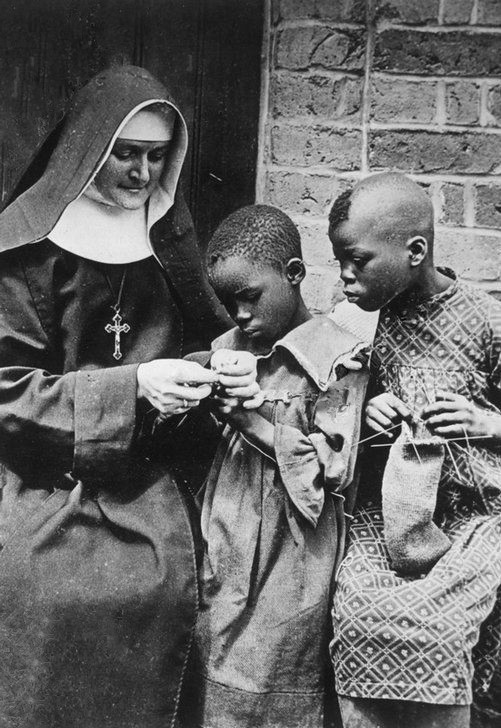 I am always surprised to note how often mediocrity is praised as though it were absolute truth. Today it is racism, tomorrow it is democracy, the next day it is eco-theology. It never ends.

On the racism front, the time has come to make clear some historical facts and Catholic common sense about race and slavery. The truth may be surprising to some.

In all of human history, only the Catholic Church teaches unequivocally that there are no longer Greeks or Romans, Jews or Gentiles, men or women in the economy of salvation. It doesn’t depend on what you look like or what is stamped on your passport—every human being, without exception, is called to eternal life and can achieve it through the sacrifice of Jesus Christ.

The talk about Christ’s skin color is blasphemous and also theologically nonsensical. God makes no distinction among anyone on the basis of any criterion other than holiness in His Son, the Head of the One Holy Catholic and Apostolic Church. This is in the Creed that Catholics recite at every Mass. It is recited by Catholics of every conceivable skin tone in every corner of the world. Christ died for all of us, period. My brothers and sisters in the faith and I are one in the Person of Our Lord.

Another fact we must remember is that, apart from Christian Europe, nearly all civilizations have instituted slavery as a legitimate system of labor provision and social control. There are still slaves in Muslim countries, following a very long tradition of slaving and slave-holding in Islam. The Egyptians enslaved the Hebrews. The Greeks and Romans enslaved virtually everyone they conquered in their endless wars. Native Americans enslaved one another. Sexual slavery is a scourge on every inhabited continent. Historians in China and Japan don’t often mention it, but slavery was legally recognized in those places, too. The “untouchables” of India have been civilizationally enslaved since time immemorial.

The pagans have been, and continue to be, profligate slavers and enslavers. If we are going to judge civilizations for slavery, let us apply the judgment evenly and fairly to all.

Not only did Christendom never legally institute slavery, it also is the only religion to have eradicated it. It took the Church nearly ten centuries, through a cautious apostolate, to have the practice outlawed, but eventually, thank God, the breakthrough was achieved. It is only the West that considers slavery morally repugnant, and this is due entirely to Christianity.

What took the Church so long, you might ask? Pagan practices are deeply rooted, and eliminating evil from society is a never-ending task. Also, the Church is not a social justice organization, but a mission to save souls. By civilizing men in the Faith, the Church attained to the ancillary benefit of freeing them from Hell and from the hell they create on Earth by offending against one another’s imago Dei. Only Christianity did this. No other religion was able to render the horrors of slavery unthinkable to an entire civilization. No other religion upended a culture to put the human person, made in God’s image and likeness, at the top of the civilizational hierarchy.

The fight continues today, against abortion and other sins against God’s loving creation, but the Church does not yield to temporary setbacks. Grace is working on fallen humanity through the Person of Jesus Christ, and this will go on until the end of time.

Slavery in the New World was less an export from Christendom than a lapse into the sins of old pagan Europe and a tragic adoption of the ways of the Indians themselves. The Church, weakened by the Protestant heresy at home, was forced to do battle in Europe as well as in European holdings in the Americas and in Africa. People in those places were already selling human beings. Corrupted Christians bought those human beings, a terrible testimony to the fallenness of mankind. The Church strove mightily against sin wherever it arose, whether in the Americas and Africa or in the Lutheran states in Europe.

There is also the fact, which almost no one today speaks of, that the Church has always been more interested in souls than in bodies. The Church wants to save the souls of everyone, regardless of whether he or she is or was master or slave. Unable to eradicate slavery right away, the Church concentrated on persuading masters to allow the Sacraments to be administered to their slaves, and to treat the slaves as human beings, providing them with an education for instance. And of slaves the Church asked that they offer up their sufferings in communion with Jesus Christ, Who alone has the power to overcome the evils of the world, the evil that men do to one another and in their own heart of hearts. The slave can imitate the poor, broken Christ, due to the slave’s terrible condition on earth. The fact is that ours is a broken humanity, and we are all born to suffer and die.

The Church went into the world as it found it, and aimed at the core of man, his immortal soul, hoping to win for him eternal life despite the horrors of the fallen state in which we all find ourselves.

Slavery is not intrinsically bad, then? The hard truth is that it is not. There is no perfect condition on earth. Of course all prefer to be free. Consider the opposite problem, which is the same: those who run wild, whose freedom enslaves them like bondage of labor never could. Look at the world today—the devils who cry freedom and who destroy their souls in their endless sinning. Me, I would infinitely rather be a slave, crushed and scratching at the dry ground in forced servitude, and yet holy and offering my life up to God, than a libertine and a criminal, a freedom-worshiping idolater with hatred in my heart and pride before my Creator. What we have today is much worse than slavery. What we have is willingness to sin, enthusiasm for it. This is worse than slavery ever was, because the sinner will die eternally, while the slave may die and be saved. Let’s also remember that there are degrees of slavery, and that all of us, in one way or another, are enslaved.

But only faith in Christ allows people to really assume true freedom of the soul. This is shown most by the witness of the martyrs, who gave up everything preferring holiness and God. Many martyrs have been slaves. There has never been a martyred libertine.

Here is the very harsh reality: we are all slaves!

Masters of old were slaves as well. Of their pride, of their superstitions, of their ambitions and desires, of their domination over others. There is no one so enslaved as a slavedriver. No one is so thoroughly roped to his sin.

Slavery is a kind of social order. It is fit for pagans, who know nothing better. Only Christians have been exempted from slavery as a public institution. Why? Because only faith makes people free.

But we are throwing off all this wisdom even as we speak. Our age is apostate, and quickly going to pagan seed. Slavery is coming back into the world because we would have pagan unfreedom rather than Christian freedom in charity and Truth. It is a kind of natural law.

Look at the economy, for example. “Wage slavery” is not a euphemism, it is a real thing. So is the corruption and petty patronism that are now dominating commercial interactions among people. We are treating each other as objects again, and not as persons created by the Living God.

Secular freedom is not possible. The fall has undone us. We are weak and we tend toward sin. Our center of gravity is off, and we easily fall again, just as our first parents did. Only the charity of the Faith can restore the natural hierarchies that help us live full and holy lives without the rough aspects that those hierarchies assume in the pagan world.

Among the pagans there is justice, to be sure, but no charity or mercy. This is what we are seeing again today. Our modern age denies charity and has therefore abandoned true justice. The result is disorder and chaos. Just turn on your television if you don’t believe me. Or, for many, just open your curtains and look outside.

Such disorder cannot last long. A new order is coming. If this order is not nourished by Faith then it will be harsh, as in pagan countries. And if the order is against nature, it will be tyrannical, illegitimate, and also not last long. The cycle of violence and domination will continue, and worsen. There will be some kind of order. But if it is solely of human devising, then it will be an order that exploits and destroys—like slavery.

Let’s pray to become everyday more and more the slave of our Lord, to do what He wills for salvation. And let’s not forget St. Paul’s order, to respect authorities even if they persecute us. But let us also remember that respect towards authorities doesn’t mean surrendering to them in mind or spirit. We must always speak the truth, we must never just accept the wrong that we see. If doing this leads to our martyrdom, then let us give thanks to Almighty God and ask him for the Grace to endure what He sends our way, and to testify to the Truth that we might meet Him in the Heaven He created for us.

[Comment Guidelines - Click to view]
The Remnant values the comments and input of our visitors. It’s no secret, however, that trolls exist, and trolls can do a lot of damage to a brand. Therefore, our comments are heavily monitored 24/7 by Remnant moderators around the country.  They have been instructed to remove demeaning, hostile, needlessly combative, racist, Christophobic comments, and streams not related to the storyline. Multiple comments from one person under a story are also discouraged. Capitalized sentences or comments will be removed (Internet shouting).
The Remnant comments sections are not designed for frequent personal blogging, on-going debates or theological or other disputes between commenters. Please understand that we pay our writers to defend The Remnant’s editorial positions. We thus acknowledge no moral obligation whatsoever to allow anyone and everyone to try to undermine our editorial policy and create a general nuisance on our website.  Therefore, Remnant moderators reserve the right to edit or remove comments, and comments do not necessarily represent the views of The Remnant.
back to top
Last modified on Thursday, July 23, 2020
Tweet