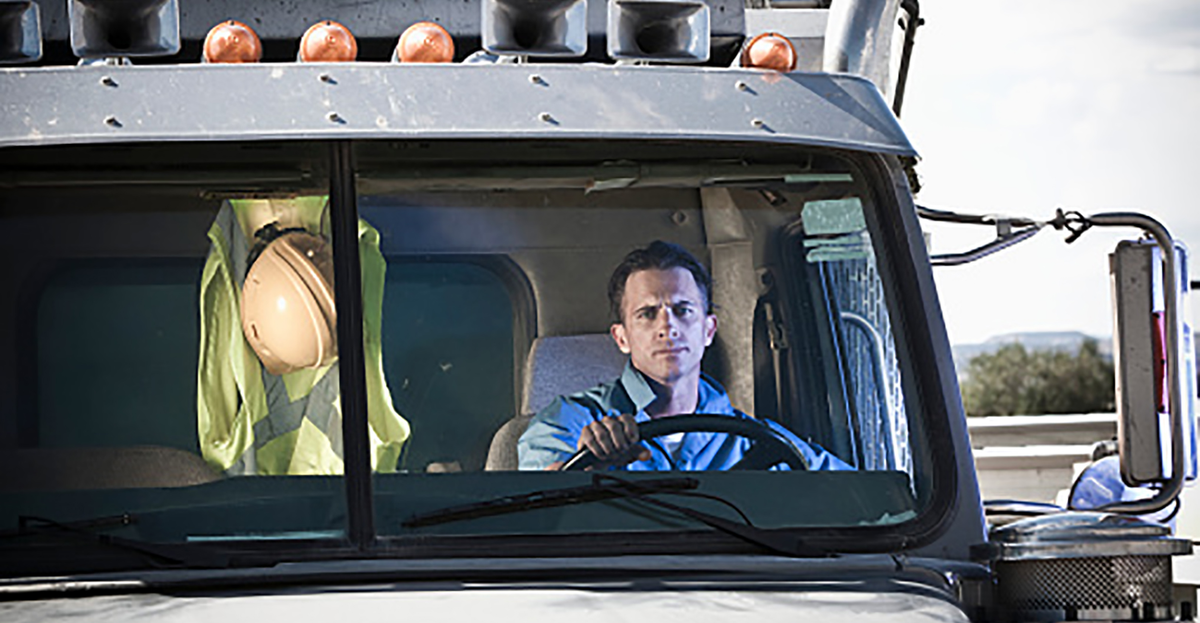 The basic premise of globalism—not often stated by globalism’s salespeople, for obvious reasons, but apparent all the same—is that a new kind of elite should rule the world. This is not the elite that once dominated societies, for example the chivalric, manly elite of medieval Christendom or the sensitive, artistic elite of Heian Japan. The globalist elite are more of a technocratic elite, akin to the IBM, Raytheon, and Fairchild Semiconductor technocrats whose magic-like science swayed the world in America’s favor in the 1950s and beyond.

But that comparison is also not exact, because the current globalist elites have acquired their position, not by technical mastery or artistic or martial virtue, but by “networking,” the cynical manipulation of human relationships in order to advance one’s own ranking on the globalist scorecard. Our globalist elites got where they are by nothing more than contempt for the human person and indifference to how globalism affected others’ lives. Our globalist elite are not really elites at all then, but clever climbers, people who know how to suss out the levers of power and pull them to their personal advantage. This is the only technological acumen required to be a globalist. Bill Gates, for example, was not much as a software engineer, but as a ruthless and lawyered-up corporate raider, he was without peer.

It is not a coincidence that, as millions of Americans lost their jobs to Communist China (the globalists’ favorite country) and the families that depended on those jobs collapsed, the globalist elites kept getting richer and richer, daily setting records for buying and selling the most expensive mansions and private planes, even forming companies for the sole purpose of eventually boarding a spaceship and indulging in the ultimate globalist luxury of leaving Earth for good and never having to smell the grubby proletariat again. While Elon Musk was dreaming of Mars, construction workers in New Mexico were losing sleep working nights as janitors and Uber drivers trying to make ends meet.

But while globalism is premised on the dominance of these so-called elites, recent events have shown globalism to be a massive fraud. As the current pandemic has busted through the globalist economy like a linebacker through a paper shoji door, it has become undeniable that the elites are worse than useless. And as our cities now erupt into violence and rage, the best our elites can do is make this all about themselves. Perhaps future historians will not deign to record that, while Minneapolis burned, Drew Brees tweeted and Madonna publicly bathed. Why did we ever think we needed such silly people to guide us in the first place?

In Ayn Rand’s classic 1957 novel, Atlas Shrugged, the captains of industry decide to absent themselves from society to prove their importance to the economic well-being of the world. While Rand’s target was greedy and inefficient government, the message is clear. Without the elites, Ayn thought, society grinds to a halt.

That was then, but this is now. In 2020, the opposite scenario has unfolded. Call it “hapless shrugged”. The downtrodden of the world, those despised by the globalist elites—the truckers, the cashiers, the cabbies, the meat processors, the ranchers, the farmers, the workaday rubes, and, yes, the despised Catholic priests—have proven to be the absolutely indispensable people to our existence. 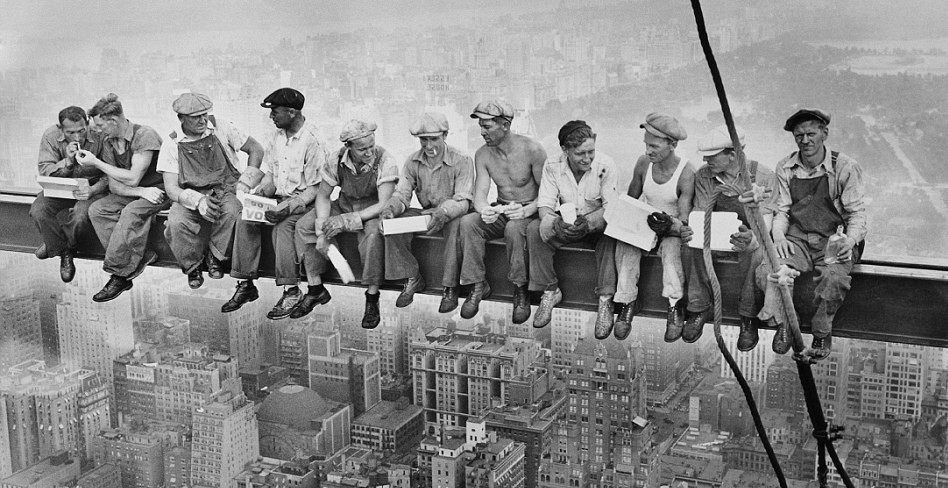 Those whom the globalists have done everything in their power to ruin and trash have turned out to be the very same people without whom nothing that needs doing in the world gets done. When the hapless, the forgotten, the nameless and scorned, don’t show up for work, we all suffer terribly. Hapless shrugged in 2020, and we all looked on in shamed disbelief. So, it was the shelf stocker at Walmart, and not David Geffen on his city-sized megayacht, on whose shoulders the real world rested. When Kmart shoppers, whom globalists ridicule like no other, disappear, things go downhill quick.

In our distress, what did the globalists offer us? The thinness of the gruel they proffered will stick in our minds forever. While people were dying, worrying how to pay rent, watching medical bills mount, the elites threw at us silly online concerts. Billie Elish, Elton John, Mariah Carey, Lady Gaga, and Dave Grohl belted out the anti-Christian anthem “Imagine” to keep us all slack-jawed and entertained while the world fell apart. Professional athletes and professional socialites took to Twitter to lecture us about staying indoors—harder to do in a tenement in Detroit than in a palatial hideaway in Malibu, but the celeb-royalty didn’t seem to notice the discrepancy. At first, many of the rest of us didn’t know what to do except ape our self-styled betters. We posted silly videos online, too, parroting the elites’ admonishments and essentially scolding ourselves for not sacrificing “non-essential” outings as we had been told.

But as with globalism, so with globalists. What is good for the geese is not palatable to the globalist gander. Barack Obama went golfing, Chris Cuomo took a stroll to his new manse with his family in tow, and mayors and aldermen around the country got caught frolicking on empty beaches and in empty parks while everyone else “sheltered in place” and “social-distanced” to “flatten the curve”. The elites patted us on the head, remotely, and chided us for insisting upon even a minimum of respect, while they themselves carried on as before, oblivious to the sufferings of the masses all around them. Hapless shrugged, and the elites couldn’t be bothered to notice—except when limousine socialist New York mayor Bill de Blasio took time out of his busy schedule to personally disperse a Hasidic funeral in Brooklyn. Globalists like De Blasio think that they, and not Yahweh, get to decide how religious people live, and even die.

Notice, though—and this is a crucial point—that the globalists are dead silent when a different kind of underclass crawls out to lay waste to cities and historical sites. Those hapless mobs are not so hapless after all. They are the aspiring upper crust, the globalists of tomorrow. The people throwing Molotov cocktails at police buildings today will be taking up consulting jobs in Silicon Valley or working for Goldman Sachs right out of Princeton next year.

In the meantime, why not take a gap year to practice what they will be doing in earnest soon enough, namely destroying American communities and fomenting hatred for everything older than the present instant? The tattooed hooligans in the streets are not the hapless hoi polloi, they are interns in globalist anti-humanism whose white privilege is to lay waste to human society wherever they find it. Ask any African what he or she thinks about the Karens of the world foisting birth control, abortion, and forced sterilization on black people. Whoops—maybe it was a little too early for all the Planned Parenthood Manager of the Year 2025s running around burning down Manhattan and Detroit to co-opt the “black lives matter” sloganeering. It is the same as it ever was—globalists hate poor people and crush them like insects at every opportunity.

Every globalist who repents and starts doing an honest day’s work for once is a victory for humankind, but when the virus furloughs the poor we all hurt. For the time being, the breakdown of the globalist edifice continues, and the hapless continue to shrug. I don’t care what happens to the globalists. But I pray that those whom the globalists despise can get back to work very soon. When the hapless shrug, we all come falling down.

[Comment Guidelines - Click to view]
The Remnant values the comments and input of our visitors. It’s no secret, however, that trolls exist, and trolls can do a lot of damage to a brand. Therefore, our comments are heavily monitored 24/7 by Remnant moderators around the country.  They have been instructed to remove demeaning, hostile, needlessly combative, racist, Christophobic comments, and streams not related to the storyline. Multiple comments from one person under a story are also discouraged. Capitalized sentences or comments will be removed (Internet shouting).
The Remnant comments sections are not designed for frequent personal blogging, on-going debates or theological or other disputes between commenters. Please understand that we pay our writers to defend The Remnant’s editorial positions. We thus acknowledge no moral obligation whatsoever to allow anyone and everyone to try to undermine our editorial policy and create a general nuisance on our website.  Therefore, Remnant moderators reserve the right to edit or remove comments, and comments do not necessarily represent the views of The Remnant.
Last modified on Tuesday, July 7, 2020