BREAKING: Archbishop Viganò to Pope Francis – the faithful have a right to know 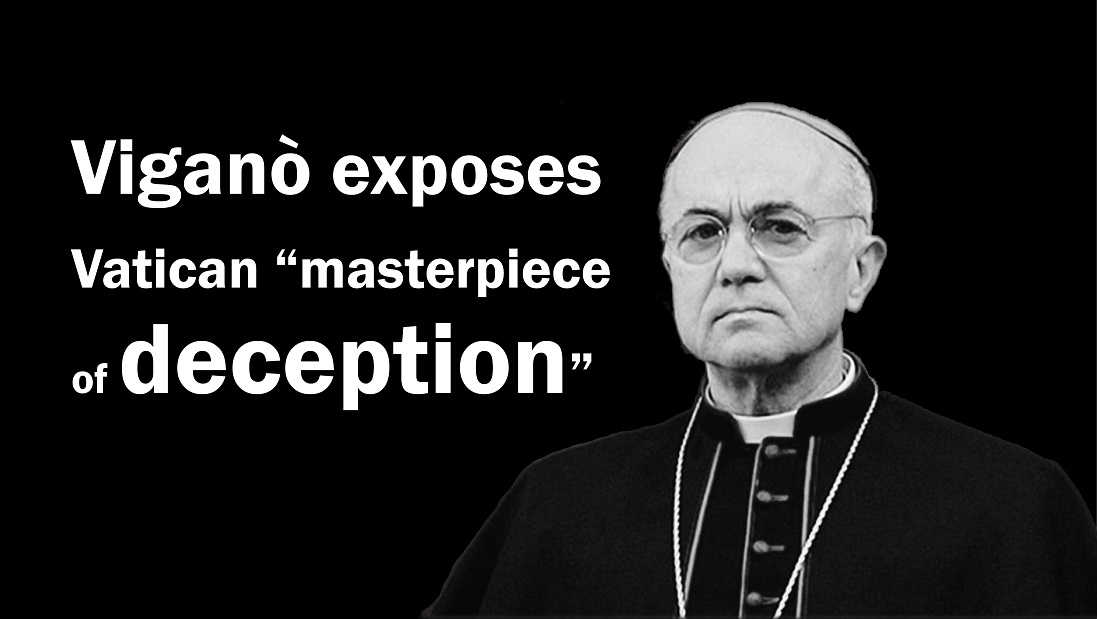 This latest “masterful deception” will see to it that Cardinals made in the image and likeness of Francis will exercise considerable power and influence over the next conclave. In fact, the Dean of the College of Cardinals will be the former right-hand man of Cardinal Angelo Sodano, accused of covering for the most notorious clerical sexual predator of the 20th Century: Legionary of Christ founder, Fr. Marcial Maciel.

Why would Francis promote someone connected to the orchestrated cover-up of the worst priest predator in history?

As former papal nuncio to the United States, Archbishop Viganò is in a position to know the players, the past cover-ups and the modus operandi behind this Machiavellian coup d’eglise, and we’re confident the Vatican has considerable cause for concern over this damning testimony. We here at The Remnant stand with Archbishop Viganò.  We pray for him and I ask our readers to thank God for his courage. MJM

Watch the audio/visual version of the letter on The Remnant's YouTube channel:

The Faithful have a Right to Know

WE HAVE JUST been through one of the most disgraceful episodes in which we have seen the prince of lies at work to discredit the book of Pope Benedict XVI and Cardinal Robert Sarah by covering them with vile insults and vulgar insinuations, and the Pope’s jailer, as a judas, now also acting as a hitman.

And once again we find ourselves dealing with another masterpiece of deception: the confirmation by the Pope of the elections of the new Dean and Vice-Dean of the College of Cardinals by the Cardinal-Bishops. This has gone almost unnoticed and yet conceals a devious strategy. It should be borne in mind, in fact, that in June 2018 Pope Francis increased the number of Cardinal-Bishops, which had remained unchanged for centuries, promoting four new ones in one fell swoop. In this way he secured a majority in favor of him, as he has always done with the creation of new members of the College of Cardinals.

To Cardinal Giovanni Battista Re, appointed Dean of the College at the age of 86 and therefore excluded from the next conclave, I wish an even longer life than that of his father. But his appointment is a cover for that other more effective appointment — of Cardinal Sandri — which has been prepared ad hoc to pilot the next conclave secundum Franciscum, that is, according to an updated and augmented edition of the St. Gallen Mafia. 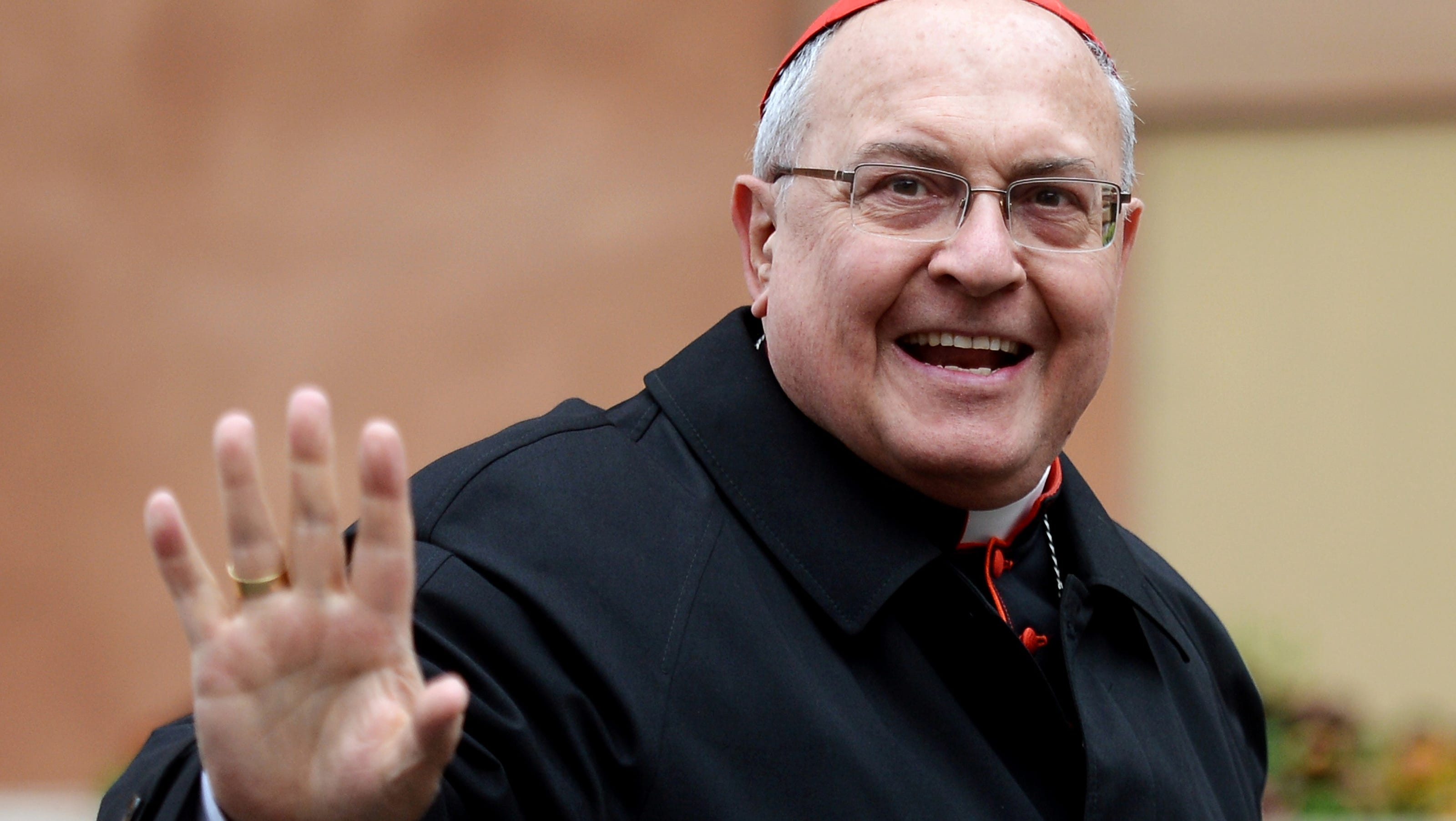 I have a long-standing friendship with Cardinal Sandri that dates back to the time shared in the Pontifical Ecclesiastical Academy, then during eleven years in the same office as secretaries to three Substitutes of the Secretariat of State, and seven years of collaboration once he was appointed Substitute for General Affairs in the Secretariat of State, having returned after just six months from his mission as Nuncio to Mexico.

That truth should be preferred to friends he proves in this way. He is the greater friend for whom we ought to have the greater consideration. Although we should have friendship for both truth and our fellow man, we ought rather to love truth because we should love our fellow man especially on account of truth and virtue… Now truth is a most excellent friend of the sort to whom the homage of honor is due. Besides truth is a divine thing, for it is found first and chiefly in God. He concludes, therefore, that it is virtuous to honor truth above friends.

Which is why what I am about to write concerning Cardinal Leonardo Sandri is inspired solely by the friendship that has bound me to him for almost fifty years, for the good of his soul, for love of the Truth who is Christ Himself, and for the Church, His Bride, whom we served together. 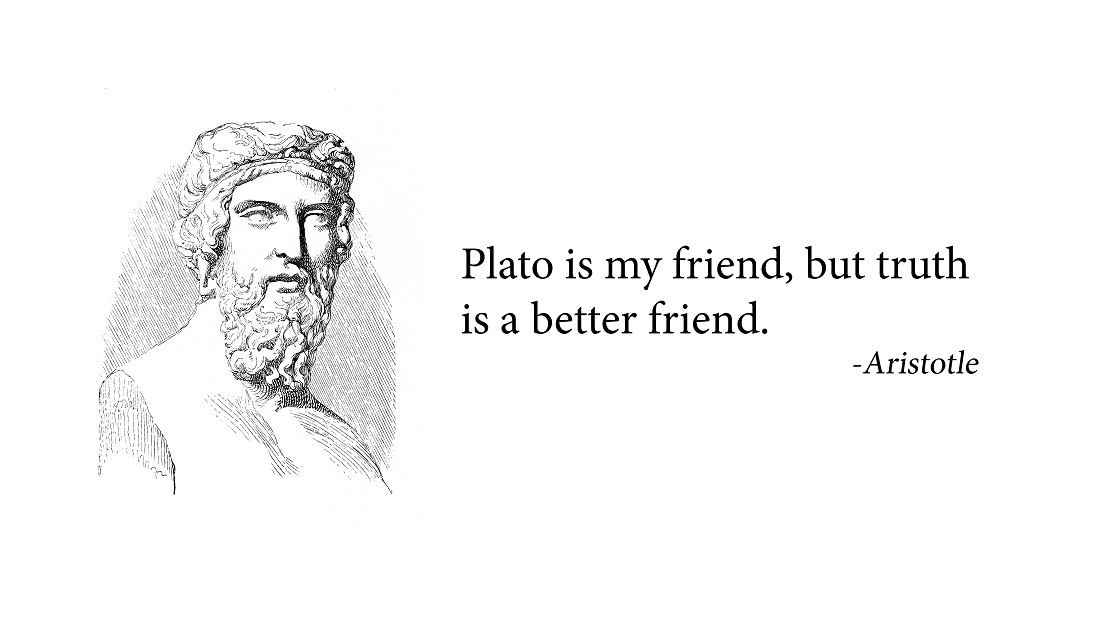 In the first audience that Francis granted me after the one on June 23, 2013 that I have already mentioned (in my first testimony), in which he asked me about Cardinal McCarrick, he asked me a similar question: “What is Cardinal Sandri like?”

Caught by surprise by the question about a dear friend of mine, and feeling put on the spot, I did not answer. Then Francis, joining his hands in a characteristically Italian gesture, waved them back and forth — as if to say that Sandri “knows how to get by” — and he looked me in the eyes seeking my consent to his suggestion.

So I told him in confidence: “Holy Father, I don’t know if you are aware that Nuncio Justo Mullor, President of the Pontifical Ecclesiastical Academy, was removed from the Apostolic Nunciature in Mexico because he opposed the directives coming from the Secretariat of State to cover up the very serious accusations against Marcial Maciel.”

This is what I told the Pope, so that he would take it into account and eventually remedy the injustice that Archbishop Mullor had suffered for not compromising himself, for remaining faithful to the truth, and for love of the Church. I reaffirm this truth here, so as to honor this faithful servant of the Holy See, on whose tomb, in the cathedral of Almeria, Spain, I celebrated a Holy Mass of suffrage.

I already wrote in my first testimony that the person chiefly responsible for covering up the misdeeds committed by Maciel was then-Secretary of State Cardinal Angelo Sodano, whose recent acceptance to resign as Dean of the College of Cardinals was linked to his involvement in the Maciel affair. He, in addition to protecting Maciel, is certainly no stranger to McCarrick’s promotions... Meanwhile, Cardinal Francis Arinze deserves to be recognized for having opposed, within the Congregation for the Doctrine of the Faith, Sodano’s attempt to cover up the Maciel case. 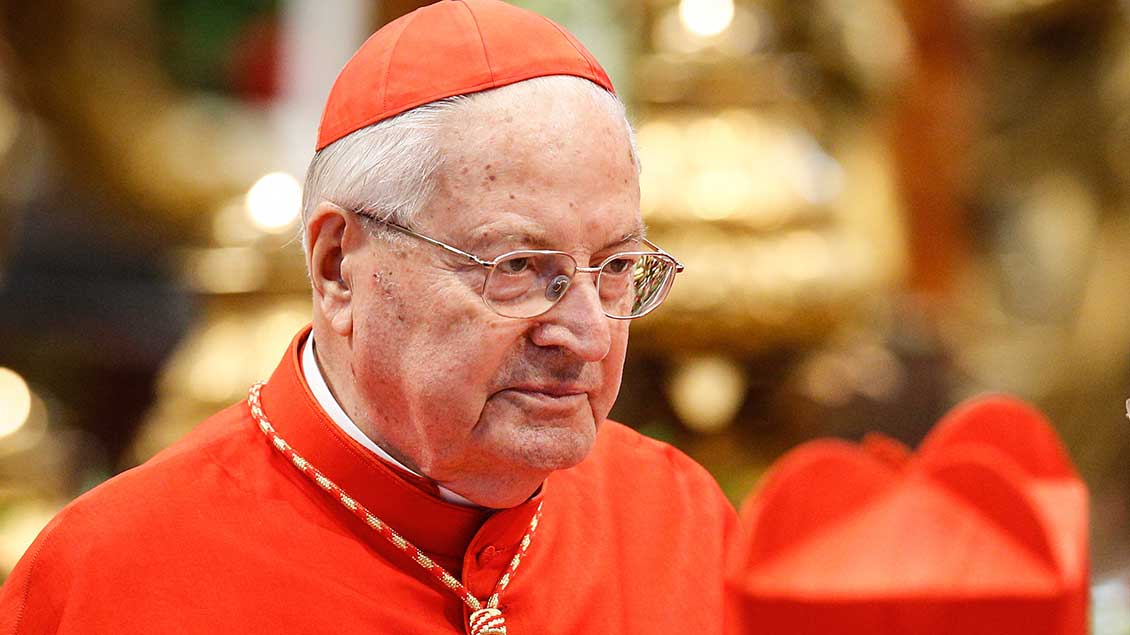 Unfortunately for him, Sandri also allowed himself to be involved by Sodano in this operation to cover up Maciel’s horrible misdeeds. To replace Archbishop Mullor in Mexico City, it was necessary to appoint a person of unfailing loyalty to Sodano. Sandri had already given proof of this as Assessor for the section of General Affairs in the Secretariat of State. Serving at the time as Nuncio in Venezuela for just a little over two years, he was transferred to Mexico.

I was a direct witness to these shady maneuvers (which those in charge would describe as normal personnel transfers) through a conversation they had on January 25, 2000, the feast of the Conversion of St. Paul, while we were on our way to the Basilica that bears his name, for the closing of the Week of Prayer for Christian Unity.

The chain linking the dates of these transfers is very significant: on January 19, 2000, Archbishop Giorgio Zur, who had been President of the Pontifical Ecclesiastical Academy (PAE) for only one year, was transferred to Moscow; on February 11, 2000, Archbishop Justo Mullor, who at this point had been in Mexico for just two and a half years, was appointed President of the PAE; on March 1, 2000, Archbishop Sandri was transferred to Mexico after spending only two and a half years in Venezuela. Just six months later, on September 16, 2000, Sandri was promoted to Substitute of the Secretariat of State, i.e., Sodano’s right-hand man. 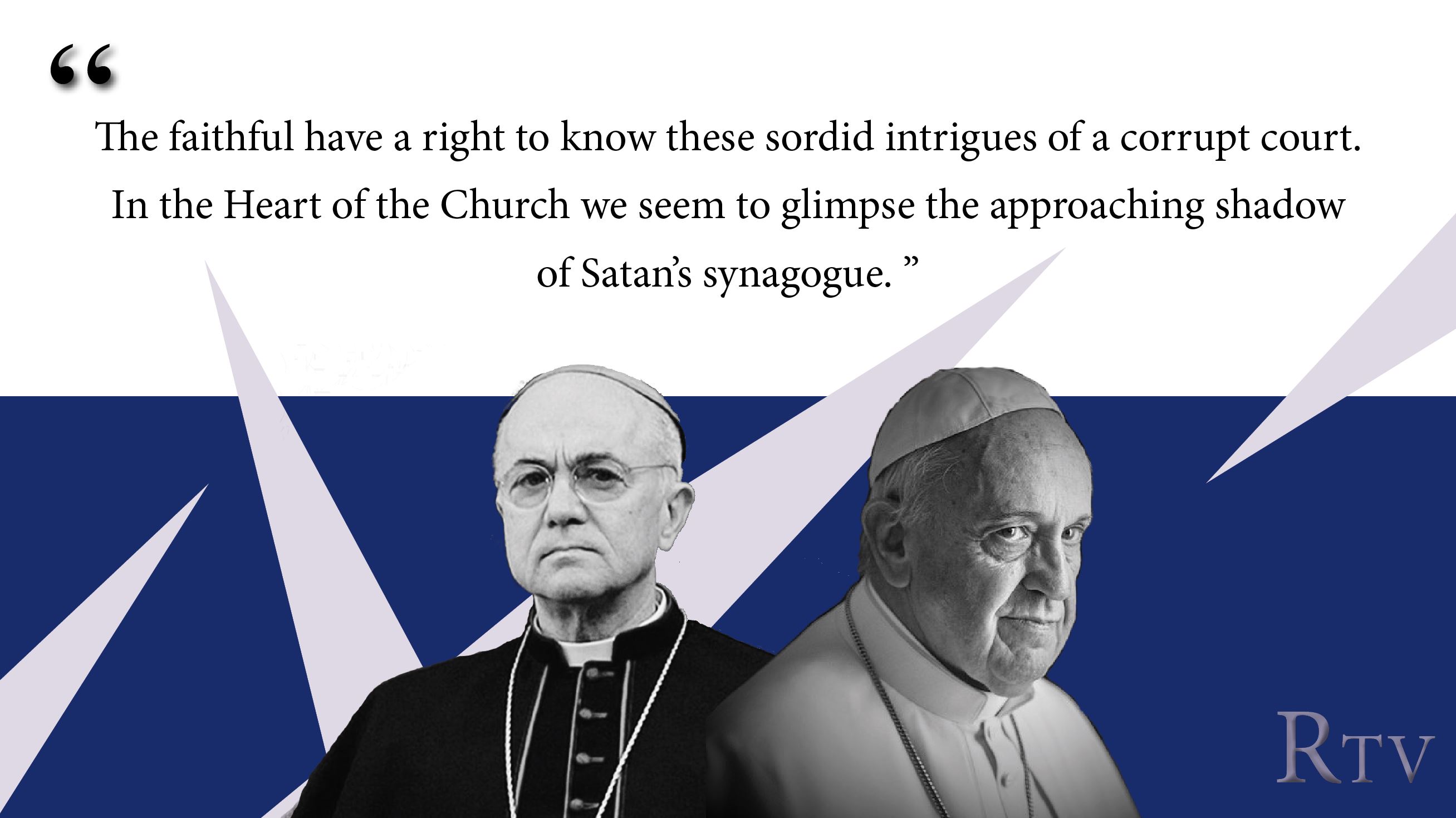 The Legionaries of Christ did not fail to show their gratitude to Sandri. On the occasion of a lunch held in the atrium of the Paul VI Hall to honor the cardinals, including Sandri, who were created at the November 24, 2007 consistory, I was bewildered when Sandri told me in advance what he was about to tell Pope Benedict as he made his entrance: “Holy Father, you will excuse me if I don’t stay for lunch, but I am expected by five hundred of my guests at the Legionaries of Christ.”

Francis, after having repeatedly and obsessively referred to an unspecified “clericalism” as the cause of sexual abuse, in order to avoid denouncing the scourge of homosexuality, is now flaunting the most unscrupulous clericalism (an accusation he levels at others): he promotes Sandri to Cardinal-Priest in May 2018 and a month later to Cardinal-Bishop, so that he might confirm him as Vice-Dean of the College of Cardinals, a candidate prepared by Francis to preside at the next Conclave.

The faithful have a right to know these sordid intrigues of a corrupt court. In the Heart of the Church we seem to glimpse the approaching shadow of Satan’s synagogue (Rev 2:9).

Translation from the Italian by Diane Montagna.

[Comment Guidelines - Click to view]
The Remnant values the comments and input of our visitors. It’s no secret, however, that trolls exist, and trolls can do a lot of damage to a brand. Therefore, our comments are heavily monitored 24/7 by Remnant moderators around the country.  They have been instructed to remove demeaning, hostile, needlessly combative, racist, Christophobic comments, and streams not related to the storyline. Multiple comments from one person under a story are also discouraged. Capitalized sentences or comments will be removed (Internet shouting).
The Remnant comments sections are not designed for frequent personal blogging, on-going debates or theological or other disputes between commenters. Please understand that we pay our writers to defend The Remnant’s editorial positions. We thus acknowledge no moral obligation whatsoever to allow anyone and everyone to try to undermine our editorial policy and create a general nuisance on our website.  Therefore, Remnant moderators reserve the right to edit or remove comments, and comments do not necessarily represent the views of The Remnant.
Last modified on Friday, January 31, 2020