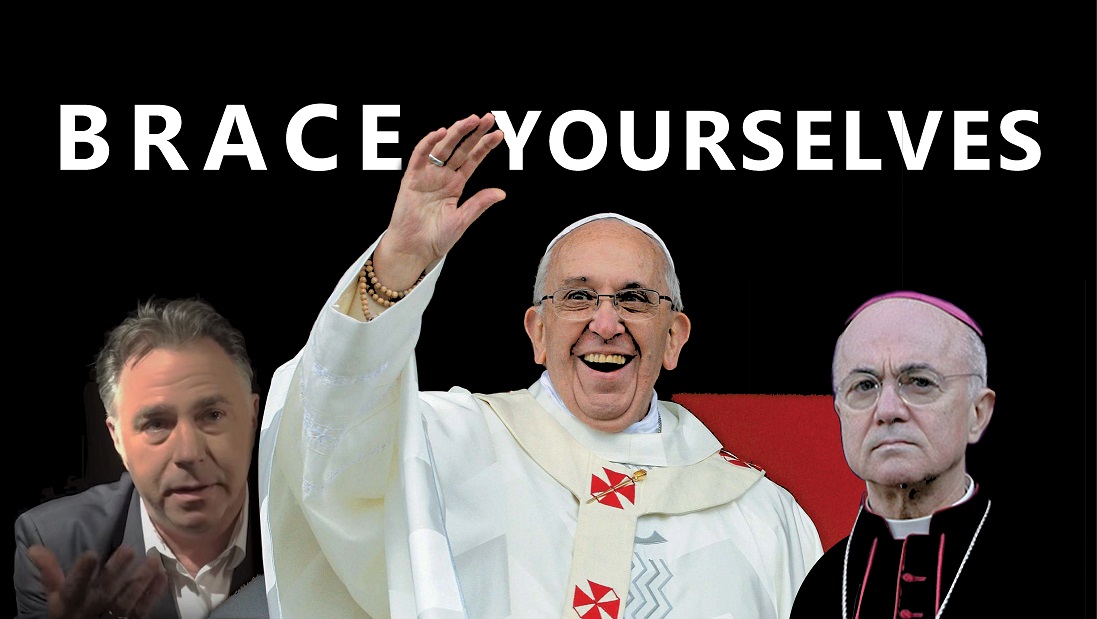 From a mountain top in West Virginia, Michael Matt comments on Pope Francis' Apostolic Exhortation, which is due to be released in the next week or so. The thing is evidently so radical that Cardinal Hummes sent out a secret letter to the world's bishops telling them how to make sure the Exhortation is accepted by "people of good will" and all those "in communion with Pope Francis."

In other words, if you object to this latest heterodox bombshell from Francis, you're probably not in full communion with the 'god of surprises.'

Also in this episode, Cardinal Sarah doubles down, Mike Pence goes to the Vatican to try to convince Francis that the pro-life party in America is not his enemy, and an exclusive photo of the "Trump of Europe"--Matteo Salvini--on his knees in front of an image of the Infant Jesus (and yet where the Vatican is concerned, Salvini is the bad guy and Bernie Sanders is the good guy....go figure!).

And finally Michael relates his impression of Archbishop Viganò after having had a conversation over coffee with him recently in Germany.

[Comment Guidelines - Click to view]
The Remnant values the comments and input of our visitors. It’s no secret, however, that trolls exist, and trolls can do a lot of damage to a brand. Therefore, our comments are heavily monitored 24/7 by Remnant moderators around the country.  They have been instructed to remove demeaning, hostile, needlessly combative, racist, Christophobic comments, and streams not related to the storyline. Multiple comments from one person under a story are also discouraged. Capitalized sentences or comments will be removed (Internet shouting).
The Remnant comments sections are not designed for frequent personal blogging, on-going debates or theological or other disputes between commenters. Please understand that we pay our writers to defend The Remnant’s editorial positions. We thus acknowledge no moral obligation whatsoever to allow anyone and everyone to try to undermine our editorial policy and create a general nuisance on our website.  Therefore, Remnant moderators reserve the right to edit or remove comments, and comments do not necessarily represent the views of The Remnant.
back to top
Last modified on Sunday, February 2, 2020
Tweet

More in this category: « TRUMP at MARCH for LIFE: 'Every human life is made in the image of Almighty God!' BREAKING: Archbishop Viganò to Pope Francis – the faithful have a right to know »