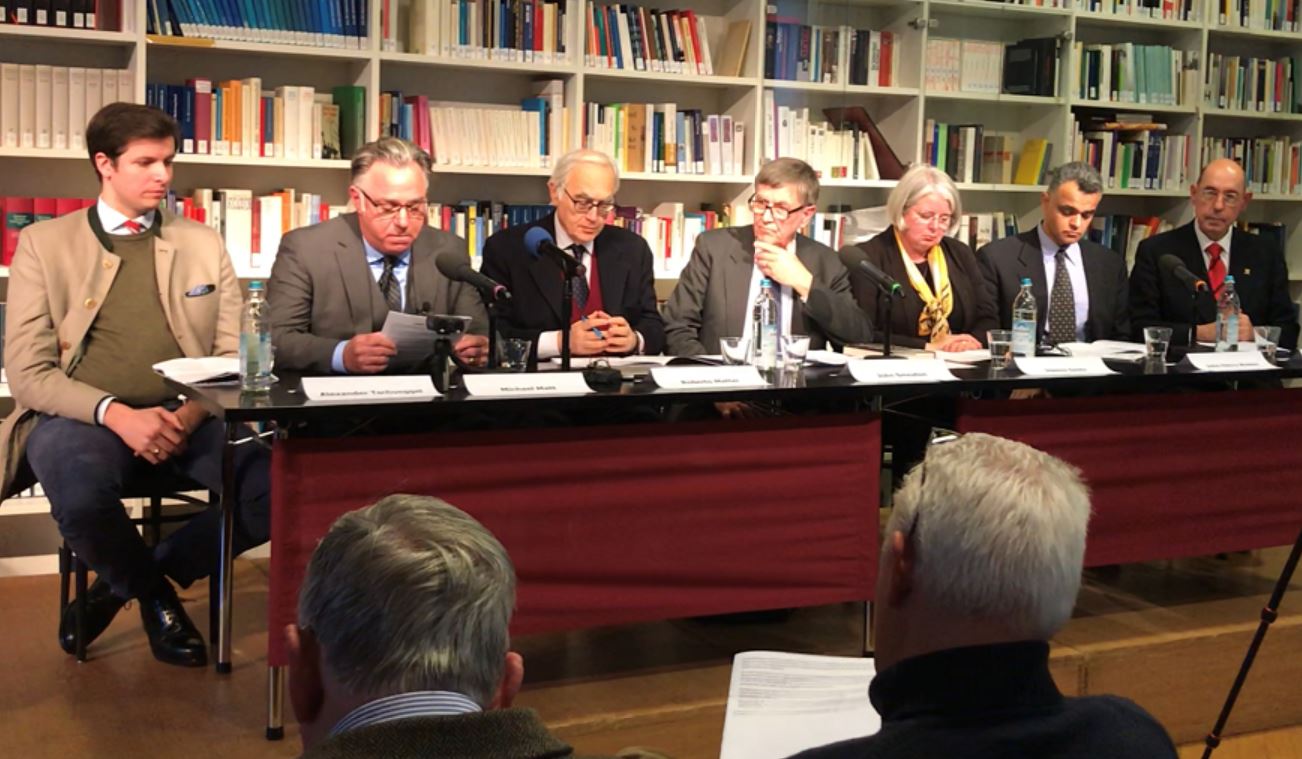 The January 2020 Acies Ordinata had two parts: 1) A silent prayer demonstration just down the street from Cardinal Marx's residence, designed to establish the prayerful and militant setting for Part 2: A press conference in which the traditional Catholic resistance was laid out for members of the press by interventions presented by Roberto de Mattei, John-Henry Westen, John Smeaton, Jeanne Smits, Alexander Tschugguel, Jose Ureta and Michael Matt, followed by an extensive Q&A session.

In this video, Michael J. Matt presents his intervention, as a German-American Catholic, against the elitism of the German Bishops Conference which would elevate German opinion over and above Scripture, Canon Law and the word of Christ Himself when it comes to questions such as women priests, celibacy and gay unions.

"Do not embarrass the fatherland again. Let history show that the German people objected to this 'synodal way' now just as Germans such as Joseph Matt, KSG stood strong against Nazism 80 years ago." - Michael J. Matt

The fact that, for the first time, Archbishop Carlo Maria Vigano came out of hiding to stand and pray with the Acies Ordinata speaks to the significance of this event. His Excelleny's presence also added considerably to the impact of the event where the Vatican is concerned.

[Comment Guidelines - Click to view]
The Remnant values the comments and input of our visitors. It’s no secret, however, that trolls exist, and trolls can do a lot of damage to a brand. Therefore, our comments are heavily monitored 24/7 by Remnant moderators around the country.  They have been instructed to remove demeaning, hostile, needlessly combative, racist, Christophobic comments, and streams not related to the storyline. Multiple comments from one person under a story are also discouraged. Capitalized sentences or comments will be removed (Internet shouting).
The Remnant comments sections are not designed for frequent personal blogging, on-going debates or theological or other disputes between commenters. Please understand that we pay our writers to defend The Remnant’s editorial positions. We thus acknowledge no moral obligation whatsoever to allow anyone and everyone to try to undermine our editorial policy and create a general nuisance on our website.  Therefore, Remnant moderators reserve the right to edit or remove comments, and comments do not necessarily represent the views of The Remnant.
back to top
Last modified on Thursday, January 23, 2020
Tweet

More in this category: « Stopping the Heartbeat of the Church WATCH the LIVESTREAM: President Trump's Historic March for Life Address »