CHRISTUS VINCIT: Christ’s Triumph Over the Darkness of the Age 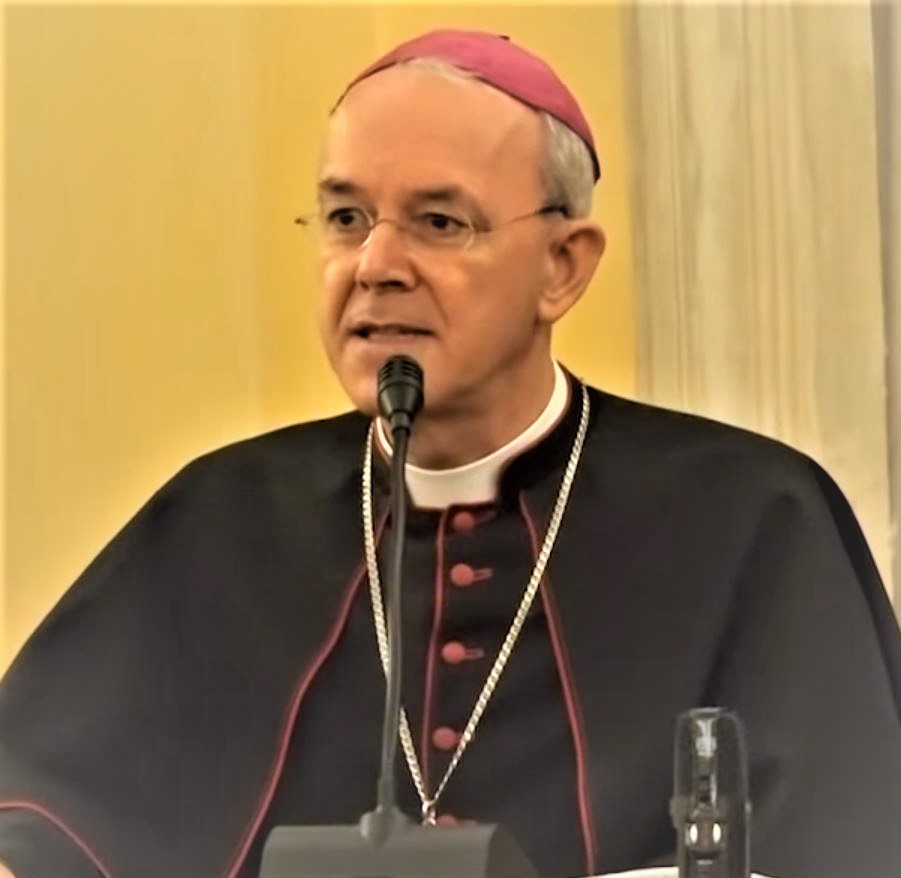 Bp. Schneider speaks in Rome at the launch of his book, Christus Vincit

Editor’s note: Introduced by The World Over's Fr. Gerald Murray, Bishop Schneider delivered the following address at the launch of his book, Christus Vincit: Christ’s Triumph Over the Darkness of the Age in Rome on October 14, 2019. The book, published by Angelico Press, is now available through Amazon.com. You can watch his address HERE. MJM

From different sides I was asked several times to consent to the publishing of a book length interview. In doing so, my first thought was directed to the brave lay faithful, to fathers and mothers of families, to young men and young women, who are living amid the darkness of our unbelieving, hubristic and decidedly anti-Christian age.

Unbelief and human hubris towards God and His supernatural Revelation have already penetrated widely into the life of the Church in our time. The brave lay faithful, the “little ones” in the Church, feel abandoned, since the vast majority of the shepherds seek their refuge in silence, while other shepherds for different motives have passed over to the enemies, thereby becoming wolves in sheep’s clothing. 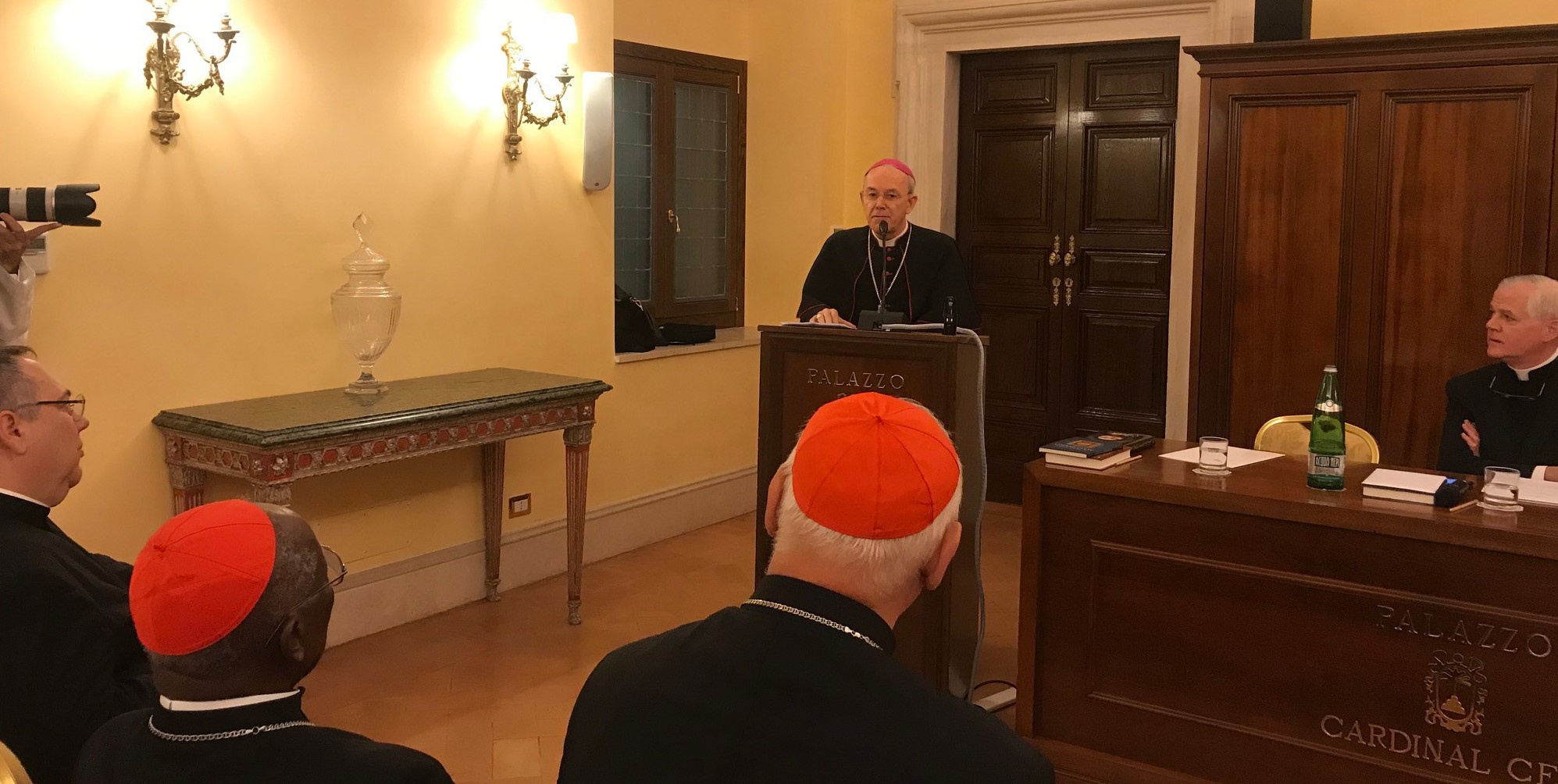 While speaking in my book as clearly as possible, I wanted to share something of my experience of the Catholic Faith and life, primarily with those who truly constitute the existential periphery within the Church of our time, that is to say: the “little ones,” who are confused, scandalized, and marginalized by worldly minded churchmen, who unscrupulously sell in the temple of God the white doves, i.e. the simple faithful. One can recall in this regard the following commentary of Origen from the beginning of the third century:

The bishops and presbyters have been entrusted the first seats by the people, and nevertheless, they deliver the Church over to those whom they should not and install those who should not be leaders, these are the ones selling doves, whose seats Jesus overturned (In Matth. XVI, 22).

To the current situation within the Church one can fully apply the following lucid words of Pope Pius X:

The relentless enemy of mankind never sleeps; according to the events of the times, and the occurrence of events, he tactically changes language, but is always ready for the fight. Indeed, the more that error pursued by the truth is condemned to hide, the more one must fear for the perilous ambushes behind which it will not be long that he will re-establish his always deadly artilleries.  Therefore, we can never abandon ourselves to a false security without incurring those anathemas launched against the false prophets who announced peace where peace was not and sang the victory when everything called us to fight. It is therefore necessary in all times, and especially in this one, when the great conspiracy is hatched directly against our Lord Jesus Christ, against his supernatural and revealed religion, against the people, whose false teachers say evil is good and good is evil, calling darkness light and light darkness, vocantes tenebras lucem et lucem tenebras, seducing many minds that bend to every wind of doctrine. That is why we believe the time to speak, the tempus loquendi,has come (Archivio Segreto Vaticano, Epistolae ad principes. Positiones et minutae157 (1907-08), fascicolo 35a).

In modern times we possess an admirable example of the fidelity to one’s baptismal vows in Blessed Karl of Austria, the last Emperor of Austria. In the extremely difficult times of the First World War and occupying the highest political and social position, he nevertheless denied any compromise which would undermine the validity of the commandments of God in public life and which would dethrone Jesus Christ from His influence over social life. Blessed Karl categorically refused any collaboration with sin and with godless powers. During his Swiss exile, more than once high-level exponents of Freemasonry had offered Emperor Karl to work for the recovery of the throne under the condition of a freer marriage legislation, a freer school education and the admission of Freemasonry in Austria. The response of the Blessed Karl to this offer was truly exemplary. He answered: “What I have received from God, I cannot accept from the hand of the devil” (Summ. test. p. 145, § 221, Anna Francesca Lamich).

Bishop Schnider will deliver the keynote address at the CIC this Saturday.
Order the CIC on video right now to watch his talk!

What a glaring contrast we see between such a heroic testimony of fidelity to his baptismal vows on the part of a lay faithful, in this case of Blessed Emperor Karl of Austria, and those churchmen who, in our day, actively collaborate with the promotion of sin and with anti-Christian and freemasonic powers. Such churchmen betray not only their baptismal vows, but even more the vows of their episcopal ordination. Indeed, many influential churchmen in our days engage in promoting the equality of all religions and the substitution of active evangelization with interreligious dialogue. In this way they not only betray Christ, but commit a great sin against the love for their neighbor. Those, however, who are bringing to the people of our dark age the light of Christ’s truths and the sweetness of His kingdom, are, in fact, the greatest benefactors of humankind. In that sense we may understand and recall also the following prophetical words of Pope Pius XII: “Precisely because of this apocalyptic foresight of disaster, imminent and remote, We feel We have a duty to raise with still greater insistence the eyes and hearts of those in whom there yet remains good will to the One from Whom alone comes the salvation of the world — to One Whose almighty and merciful Hand can alone calm this tempest — to the One Whose truth and Whose love can enlighten the intellects and inflame the hearts of so great a section of mankind plunged in error, selfishness, strife and struggle, so as to give it a new orientation in the spirit of the Kingship of Christ” (Encyclical Summi Pontificatus, 24).

Christus vincit! Thank you for your attention! 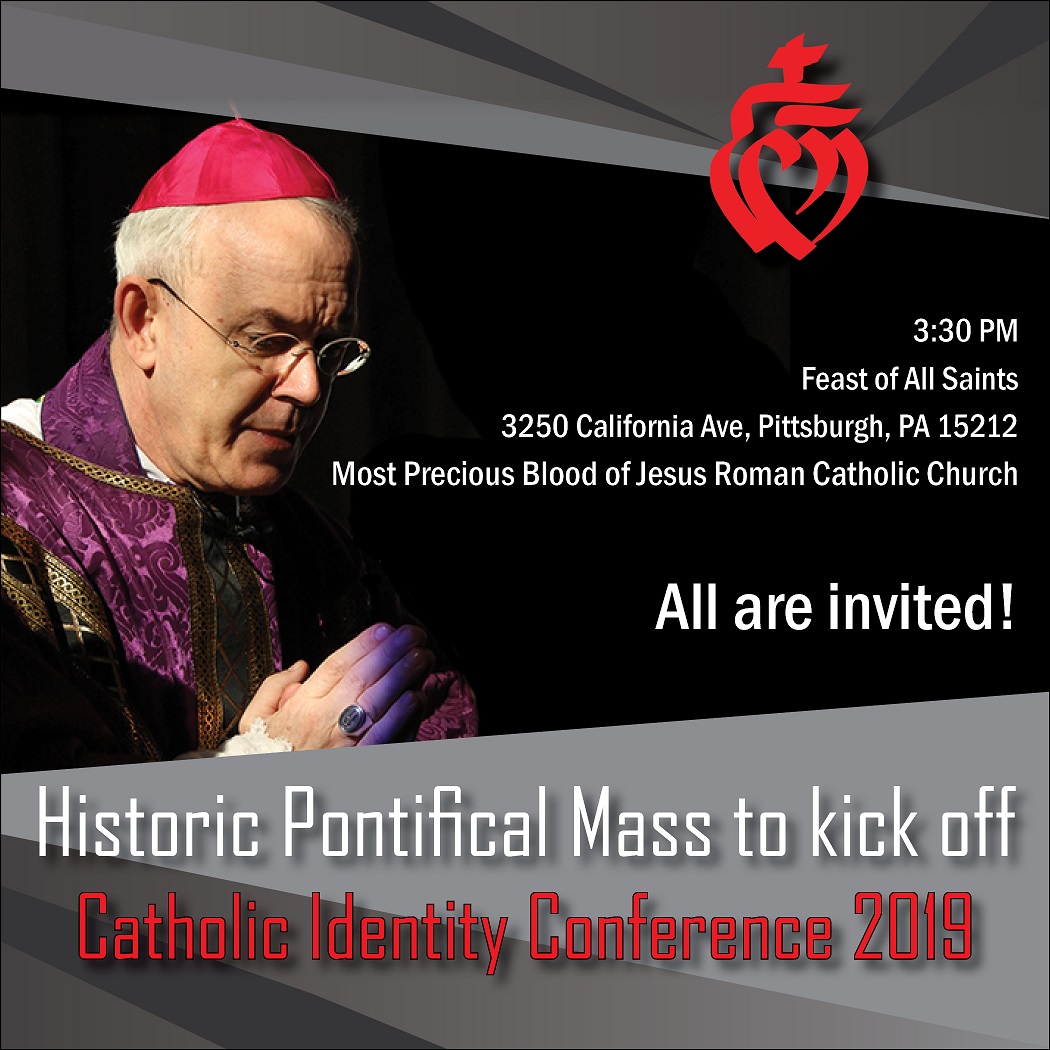 [Comment Guidelines - Click to view]
The Remnant values the comments and input of our visitors. It’s no secret, however, that trolls exist, and trolls can do a lot of damage to a brand. Therefore, our comments are heavily monitored 24/7 by Remnant moderators around the country.  They have been instructed to remove demeaning, hostile, needlessly combative, racist, Christophobic comments, and streams not related to the storyline. Multiple comments from one person under a story are also discouraged. Capitalized sentences or comments will be removed (Internet shouting).
The Remnant comments sections are not designed for frequent personal blogging, on-going debates or theological or other disputes between commenters. Please understand that we pay our writers to defend The Remnant’s editorial positions. We thus acknowledge no moral obligation whatsoever to allow anyone and everyone to try to undermine our editorial policy and create a general nuisance on our website.  Therefore, Remnant moderators reserve the right to edit or remove comments, and comments do not necessarily represent the views of The Remnant.
Last modified on Thursday, October 31, 2019