THE SHAM IS ON: Women Priests and Global Warming

New from RTV in Rome: The Vatican jumps the shark 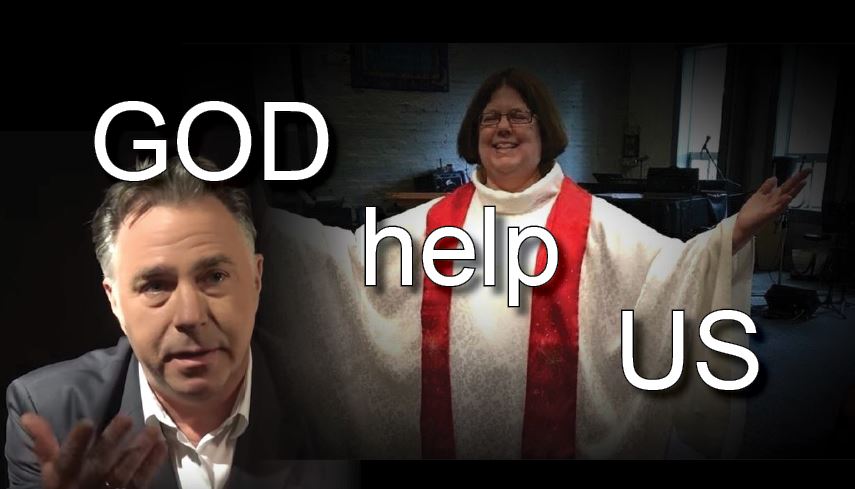 In the press hall today in Rome, an official spokesman for the Amazon Synod—Bishop Krautler—admitted, incredibly, that he wants women ordained as priests.

And as Michael Matt reports, this was AFTER the same bishop had told the press that the Amazon people can’t even begin to understand the concept of a celibate priesthood. Well of course they can’t, Excellency. (No racism here, of course!)

Chris Lamb of The Tablet apologized in the press conference today for what he called 'racist' and 'insensitive' comment by journalists who aren’t buying the exploitation of the indigenous peoples going on over here. (Nice virtue signally, Chris! Seriously.)

But, there’s more. The press was also informed that over eighty percent of the Amazonian people don’t even live in the jungle, but rather hail from the big cities of South America. So, what with the feathers and cultural appropriation?

Are these people serious? Drug addiction is bigger problem in the Amazon than anything else. So, shall we listen to the drug addicted of the Amazon and learn something from them, too?

Abortion is a huge problem down there. How about we listen to the cry of the aborted?

Plus, Edward Pentin hits one out of the park at today's Synod press conference.

Follow Michael’s daily reports from Rome on Twitter (Michael_J_Matt) And don’t forget to sign up for our e-notifications, so you can get notified when a new RTV report is posted from here in Rome: https://remnantnewspaper.com/web/inde...

[Comment Guidelines - Click to view]
The Remnant values the comments and input of our visitors. It’s no secret, however, that trolls exist, and trolls can do a lot of damage to a brand. Therefore, our comments are heavily monitored 24/7 by Remnant moderators around the country.  They have been instructed to remove demeaning, hostile, needlessly combative, racist, Christophobic comments, and streams not related to the storyline. Multiple comments from one person under a story are also discouraged. Capitalized sentences or comments will be removed (Internet shouting).
The Remnant comments sections are not designed for frequent personal blogging, on-going debates or theological or other disputes between commenters. Please understand that we pay our writers to defend The Remnant’s editorial positions. We thus acknowledge no moral obligation whatsoever to allow anyone and everyone to try to undermine our editorial policy and create a general nuisance on our website.  Therefore, Remnant moderators reserve the right to edit or remove comments, and comments do not necessarily represent the views of The Remnant.
Last modified on Thursday, October 17, 2019