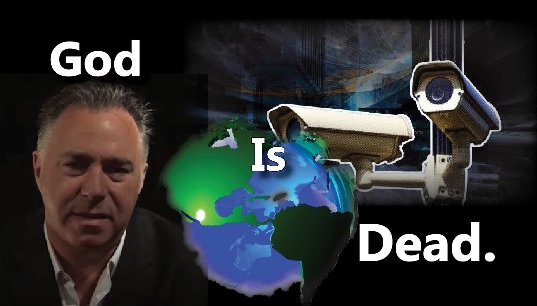 From ‘The Editor’s Desk,’ Michael J. Matt points to the decline of law and order in the streets of America and Europe, and asks the question: Did the Enlightenment actually enlighten anyone?

Do you feel liberated these days, spied on 24/7 by 13,000 sattelites in space and hundreds of thousands of surveillance cameras in the streets of the world?

Do you think the Spanish Inquisition could have been somehow worse than what’s happening today in Europe?

Do you really think the Crusades could’ve been more barbaric than Dresden and Hiroshima?

Do you believe the so-called “Dark Ages” of Faith were less enlightened than the New World Order of secularism—where total war is the new normal, billions of unborn babies have been slaughtered and childen shoot up their schools for no reason at all?

When do we get to stop with the Fake History?

When can we finally admit that our post-Christian “march of progress” is scary as hell?

Michael points to the solution—one at which Pope Francis & Co. will laugh, no doubt, since the Second Vatican Council ignored it completely, but the very thing five consecutive popes insisted was the only hope of the world.

Get the Print edition HERE
E-Edition is HERE

[Comment Guidelines - Click to view]
The Remnant values the comments and input of our visitors. It’s no secret, however, that trolls exist, and trolls can do a lot of damage to a brand. Therefore, our comments are heavily monitored 24/7 by Remnant moderators around the country.  They have been instructed to remove demeaning, hostile, needlessly combative, racist, Christophobic comments, and streams not related to the storyline. Multiple comments from one person under a story are also discouraged. Capitalized sentences or comments will be removed (Internet shouting).
The Remnant comments sections are not designed for frequent personal blogging, on-going debates or theological or other disputes between commenters. Please understand that we pay our writers to defend The Remnant’s editorial positions. We thus acknowledge no moral obligation whatsoever to allow anyone and everyone to try to undermine our editorial policy and create a general nuisance on our website.  Therefore, Remnant moderators reserve the right to edit or remove comments, and comments do not necessarily represent the views of The Remnant.
back to top
Last modified on Saturday, April 20, 2019
Tweet

More in this category: « LATEST ON SHROUD OF TURIN: Science Finally Catches Up with Faith UNPLANNED: A Former Planned Parenthood Director's True Story »