END OF A FAIRY TALE: No “Collusion with Russia” (as if we didn’t know)

Written by  Christopher A. Ferrara
Rate this item
(62 votes) 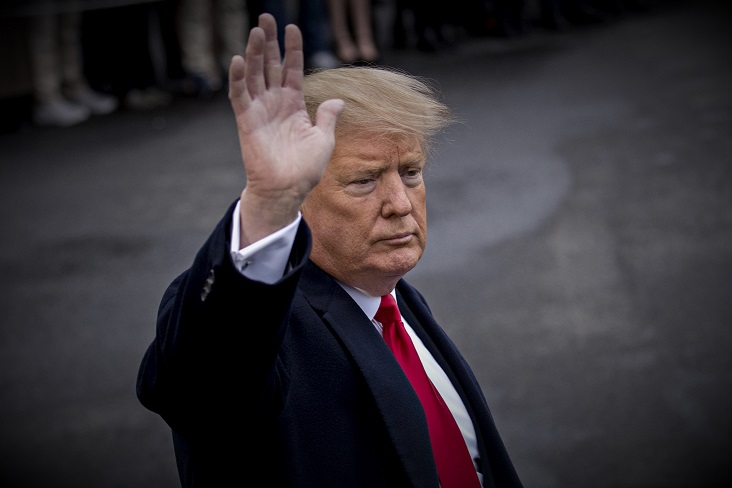 For almost three years the DNC-mainstream media consortium has labored to elevate a fantasy about a non-crime—“collusion” between the Trump campaign and “Russia”—into grounds for invalidating the Presidential election of 2016. House and Senate Committees and a Special Counsel have embroiled the Trump administration from its inception in endless, absurd investigations into the inchoate conspiracy theory that Trump and “the Russians” somehow “colluded” to steal the election from Hillary Clinton.

The theory was concocted by Clinton herself, who (illegally) funneled millions of dollars in campaign funds to a law firm that in turn hired an ex-British spy to create opposition research against Trump dressed up as a bogus “intelligence” dossier based on anonymous Russian sources, which was then passed off to the FBI by John McCain and others. Hillary’s imaginary allegation of Trump-Russia collusion emanated from her actual collusion with Russians in concocting the Russian dossier! That is, the same Russians who supposedly wanted Trump to win the election worked with Hillary’s rented ex-spy to prevent Trump from winning the election and then to undermine his Presidency.

Based on this nonsensical claim, based in turn on the phony dossier that Clinton had paid for, corrupt FBI and DOJ officials, conniving with corrupt members of the “intelligence community,” launched an equally phony worldwide “counterintelligence” investigation into Trump and his associates. Then, without ever revealing that Hillary Clinton had paid for the dossier, the same corrupt officials used it to trick the Foreign Intelligence Surveillance Court (FISC) into granting a Foreign Intelligence Surveillance Application (FISA) for a warrant to wiretap and otherwise spy on Trump associate Carter Page—and who knows who else—renewing that application three times based on the same fabricated evidence.

One of the FISA warrant applications was signed by none other than Assistant Attorney General Rod Rosenstein, who, after Jeff Sessions had recused himself, participated in this veritable coup attempt against the very President he was supposed to be serving, at one point even proposing that he wear a wire in an effort to gather evidence that Trump is mentally unfit to serve as Chief Executive.

In his letter appointing Robert Mueller as Special Council on May 17, 2017, the same Rosenstein did not even bother to articulate a legally sufficient basis for the appointment of a Special Council—that being only the investigation of a reasonably suspected federal crime. Instead, he charged Mueller and his posse of Democrat activists with the task of investigating imaginary and amorphous “links and/or coordination between the Russian government and individuals associated with the campaign of President Donald Trump,” which would not be criminal even if they existed.

And, of course, there were never any such “links” or “coordination,” as Mueller has finally informed us after two years and $25 million in pointless expenditures, telling us nothing more than what was perfectly obvious from the moment Clinton’s laughable conspiracy theory was first aired. Along the way, several bystanders were indicted for process crimes that did not exist until the investigation created them, or past crimes having nothing to do with the investigation, all in a failed attempt to suborn what would have been prejurious testimony about Trump’s fantasized “collusion with Russia.” Numerous Russians who will never stand trial were also indicted, essentially for financing political social media content in the United States—a make-believe crime that Mueller knew would never be subjected to serious appellate review, which it would never have survived in the Supreme Court.

In sum, what we have endured since Trump’s election is the greatest hoax in the history of American politics, the history of American criminal jurisprudence, and indeed American history in general. But even in his report finding no evidence of “collusion with Russia,” Mueller keeps hope alive for the hoaxters by refusing to make a standard prosecutorial decision on the ludicrous contention that Trump “obstructed” his baseless investigation. Mueller declines to take a position on supposedly “complex” questions about whether Trump “obstructed justice” by actions that were all perfectly legal and within his rights and prerogatives as President, including the firing of the intolerable Comey the Righteous. Mueller cunningly punts the issue—really a non-issue—even though his investigation was never impeded in the least but on the contrary ran amuck for nearly two years while Trump was constrained to protesting the witch hunt via his Twitter account. 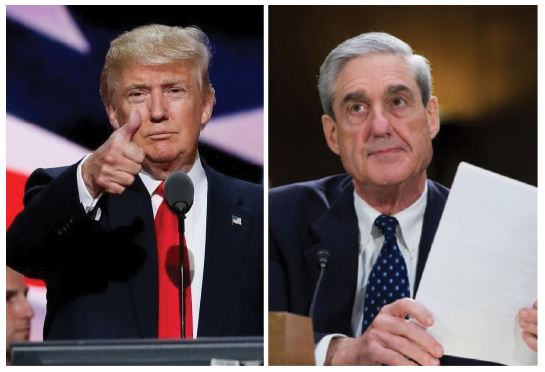 As Attorney General Barr notes in his letter summarizing Mueller’s report: “The Special Counsel states that ‘while this report does not conclude that the President committed a crime [obstruction of justice], it also does not exonerate him.’” So, Mueller, endlessly extolled by the media as man of unimpeachable integrity, has just done the most unethical and despicable thing a prosecutor can do: publicly declaring that while he found no crime, he will not exonerate the target of his investigation. Muller thus left it to Barr and—is this a joke?—Rosenstein to exonerate Trump via Barr’s letter, which declares the obvious: that Trump obstructed nothing. And now the rabid Democrats can claim a “coverup” by Barr and Rosenstein, as Muller surely knew they would. By the way, here Mueller has finally revealed that Trump was the target all along, despite Rosenstein’s and Comey’s lying assurances, clearly designed to lower Trump’s guard, that he was not a target.

What this entire farce has revealed is the endemic and irremediable corruption of the Department of Justice, the FBI, the “intelligence community” and, of course, the incessantly lying media. But these corruptions are only symptoms of a terminal breakdown of whatever is left of the moral fabric of this nation, in which state after state, in response to Trump’s election and pro-life initiatives, is now explicitly enacting the legalization of outright infanticide, as if the already available abortion on demand throughout the nine months of pregnancy were insufficiently contemptuous of God and His Law.

That Trump, such as he is, seems to represent our last best chance, humanly speaking, to avoid the inescapable terminal abyss of post-Christian political modernity is the only reason he has been subjected, and will continue to be subjected, to investigatory harassment at virtually every level of government, national, state and local—a spectacle I daresay is without precedent in the entire history of Western polities.

Trump is truly at the center of a looming American apocalypse. 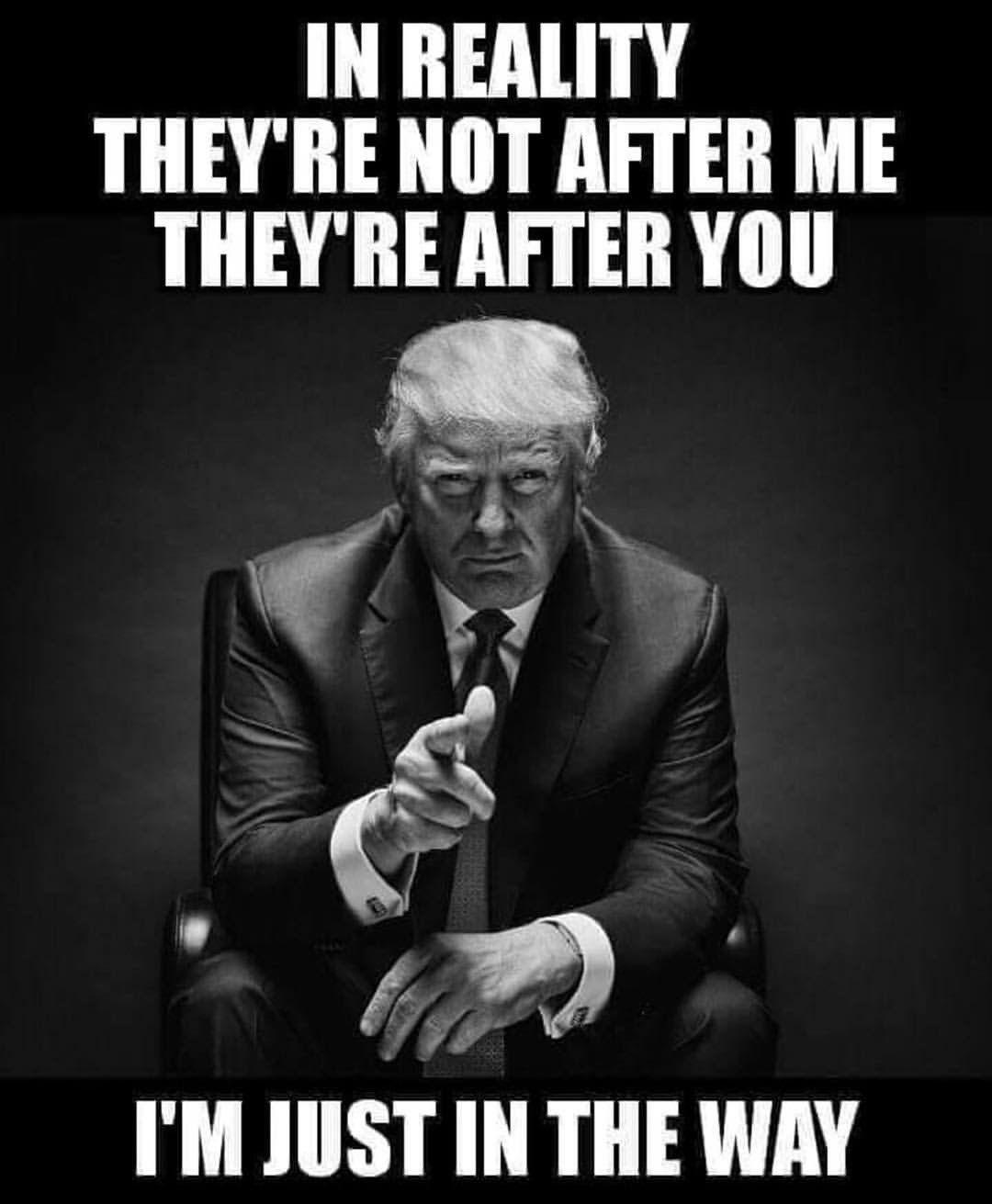 [Comment Guidelines - Click to view]
The Remnant values the comments and input of our visitors. It’s no secret, however, that trolls exist, and trolls can do a lot of damage to a brand. Therefore, our comments are heavily monitored 24/7 by Remnant moderators around the country.  They have been instructed to remove demeaning, hostile, needlessly combative, racist, Christophobic comments, and streams not related to the storyline. Multiple comments from one person under a story are also discouraged. Capitalized sentences or comments will be removed (Internet shouting).
The Remnant comments sections are not designed for frequent personal blogging, on-going debates or theological or other disputes between commenters. Please understand that we pay our writers to defend The Remnant’s editorial positions. We thus acknowledge no moral obligation whatsoever to allow anyone and everyone to try to undermine our editorial policy and create a general nuisance on our website.  Therefore, Remnant moderators reserve the right to edit or remove comments, and comments do not necessarily represent the views of The Remnant.
back to top
Last modified on Monday, March 25, 2019
Tweet