The Church is Very Sick and in Need of Renewal, and Covington Proves It

Written by  Deion A. Kathawa
Rate this item
(66 votes) 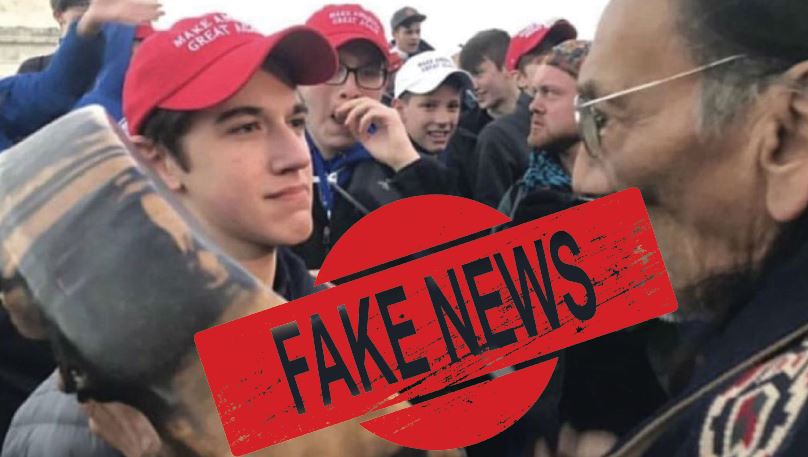 Imagine if half the country turned against you overnight and blasted you with white hot anger, death threats, calls to ruin your future, and much else besides.

Then, instead of shielding you from the abuse and standing with you in love against the crazed mob, imagine if your own parents abandoned you and even actively joined their voices to the chorus of those attacking you.

How would you feel?

Hopefully, all three. But what if your spiritual parents did that? Wouldn’t that be at least as bad?

That is exactly what the Church has done with the Covington travesty currently roiling our public discourse (that is, if our national habit of knee-jerk screeching at the latest pseudo-controversy qualifies as “discourse”).

One of the most beautiful images to meditate on is that the Church—in addition to being the Bride of Christ, the ark of salvation, and more—is also our Mother. You could be forgiven for not knowing that, given the shameful way She has handled this debacle.

Mothers are nurturing. They protect their children. They form them and build them up to be virtuous and God-fearing.

Mothers are tender and often slow to anger, yes. But they also know danger when they see it, and they quickly move to defend their offspring and strike out at any who would harm them. The Church is to imitate God in this manner; of Him it is written “how many times I yearned to gather your [Jerusalem’s] children together, as a hen gathers her young under her wings” (Matt. 23:37).

And if merely human mothers do this instinctually, how much more ought Holy Mother Church rush to our aid when the mob closes in, the social media attacks begin, and the injustices mount?

But that is not what happened. Rather than cover her children with her mercy and protection, the Covington diocese and high school joined in the bloodbath. They eagerly signaled how “woke” they were, how on board they were with the perversion of “social justice” currently practiced and preached by our secular elites and permitted to grow in power by spineless enablers in the Republican Party and much of the “conservative” movement:

We condemn the actions of the Covington Catholic High School students toward Nathan Phillips specifically, and Native Americans in general, Jan. 18, after the March for Life, in Washington, D.C. We extend our deepest apologies to Mr. Phillips. This behavior is opposed to the Church’s teaching on the dignity and respect of the human person. The matter is being investigated and we will take appropriate action, up to and including expulsion.

What nonsense is this?

Before all of the facts are in, the Church immediately sides against the students she personally knows and with a man of whom she has just heard, a complete stranger. What mother, knowing her children intimately, trusts completely a total stranger, particularly when his words ring as hollow and maliciously false, contrary to all her experiences with her children, and then seeks to punish her children without finding out if what was said about them is true?

A negligent mother. A mother we would readily say is not fulfilling her role well. A mother that owes her children an apology and a firm promise that she will not do that again.

However, even more galling than the betrayal is the purported justification for it. “This behavior is opposed to the Church’s teaching on the dignity and respect of the human person,” the diocese and high school write jointly.

First of all, what did the teen do wrong?

Except for smirking and not backing down in the face of an adult man who confronted him and then proceeded to bang a drum by his ear for over two whole minutes, except for being white, except for wearing a red MAGA hat, a hat associated with a duly elected president of the United States, can anyone point to what he actually did that was “racist” or “bigoted” or “hateful”? Anything at all? 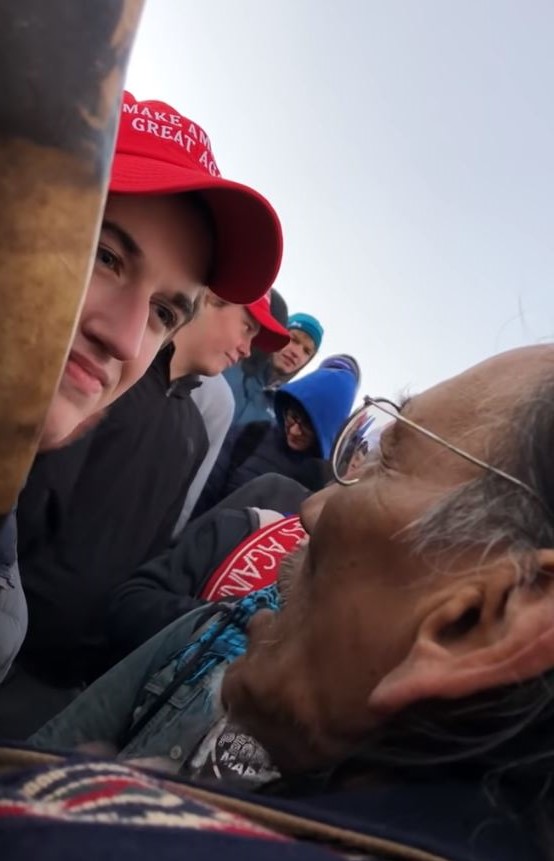 Of course not. Because all he did was stand there and “smirk.” Which, at least for now, remains something Americans are free to do.

Is this the “consistent ethic of life” I keep hearing you rave about? If it is, I want no part of it.

Lest the bishops—Foys and Kurtz—think I have forgotten them: Where is your manly courage, your fatherly instinct and felt duty to fight evil when it rears its ugly, Satanic head? Where are your shepherding hearts? Where is your Christian independence of mind, rooted in the truths of the Gospel, that should help you stand firm with Christ when others are convulsed by manufactured outrage, and the storm rages about you (Matt. 8:23-27)? Where is your willingness to sacrifice yourself rather than expose mere children to the fury of opportunistic outrage mongers who would howl with approval if you and your brother bishops were thrown in prison tomorrow for refusing to marry same-sex couples and opposing employer-provided contraception?

The Church’s singular job is to convert the world to Christ, not appease it; if you think that the former will lead to the latter, and all that’s needed is more “dialogue,” then hang up your mitres and turn in your crosiers because you are standing in the way of the Great Commission.

Fathers and mothers do not treat their children this way. They do not side with known enemies of the Church because they fear pressure campaigns and PR nightmares. Stop betraying our trust for the approval of a world in the grip of God’s enemy, a world which hates you and which crucified the Son of God.

On the heels of true repentance must come reform and recommitment to authentic Catholicism. If it does not, many in the Church will one day find themselves facing the Just Judge robed not with courage, zeal, faithfulness, truth, and charity but instead with banal HR-sourced platitudes about “tolerance” and “inclusion.” They will not have a defense for why they did not do more to defend their flocks against the ravenous wolves.

Then, sadly, they will understand the parable of the unfaithful servant (Luke 12:42-47).

[Comment Guidelines - Click to view]
The Remnant values the comments and input of our visitors. It’s no secret, however, that trolls exist, and trolls can do a lot of damage to a brand. Therefore, our comments are heavily monitored 24/7 by Remnant moderators around the country.  They have been instructed to remove demeaning, hostile, needlessly combative, racist, Christophobic comments, and streams not related to the storyline. Multiple comments from one person under a story are also discouraged. Capitalized sentences or comments will be removed (Internet shouting).
The Remnant comments sections are not designed for frequent personal blogging, on-going debates or theological or other disputes between commenters. Please understand that we pay our writers to defend The Remnant’s editorial positions. We thus acknowledge no moral obligation whatsoever to allow anyone and everyone to try to undermine our editorial policy and create a general nuisance on our website.  Therefore, Remnant moderators reserve the right to edit or remove comments, and comments do not necessarily represent the views of The Remnant.
back to top
Last modified on Wednesday, January 23, 2019
Tweet

More in this category: « SATANIC HUMAN SACRIFICE: Why Catholics Cannot Be Pro-Abortion ANATOMY OF A COVERUP: Francis, Vatican Exposed »