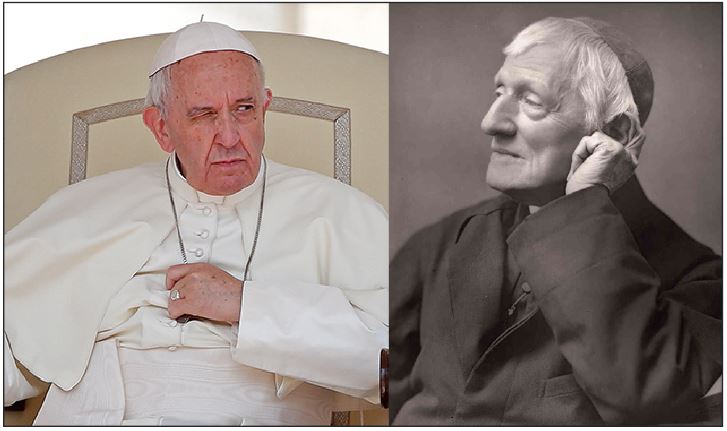 August 2, 2018 will go down in Catholic history as the day when the supposedly impossible happened.

On that day, Pope Francis unilaterally dismissed centuries of moral teaching from both Scripture and Tradition by proclaiming capital punishment as immoral, even as a punishment for first-degree murder. The Congregation for the Doctrine of the Faith changed the Catechism in May to embody the new teaching.

Moreover, rejecting capital punishment reflects two trends in modern Catholicism: a greater embrace of an anthropocentric world view and the abuse of "pro-life" rhetoric through the idea of the "seamless garment."

Newman used a biological analogy to explain the first test: "Young birds do not grow into fishes, nor does the child degenerate into the brute (animal), wild or domestic..." Yet Francis' new moral teaching is such a radical departure that if it were a chick, it would develop fins, scales and gills. 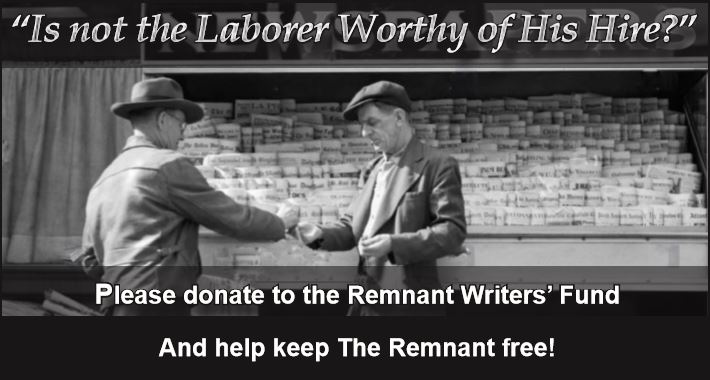 Throughout Scripture, capital punishment provides a type that represents a holy, righteous God's uncompromising rejection of evil. This is especially true with the Mosaic Law, which included capital punishment for attacking or cursing one's parents, idolatry, homosexuality and sorcery. Why such extreme punishments? Because God ordained the Israelites to be His oracle to the world and demanded their society to reflect His moral principles as expressed in the Ten Commandments.

"A development, to be faithful, must retain both the doctrine and the principle with which it started," Newman wrote concerning his second test. According to that criterion, outright rejection of capital punishment fails on both counts.

Such rejection constitutes repudiating the divine mandate for capital punishment for murder found in Genesis 9:5-6: "I will demand an accounting for human life...  Anyone who sheds the blood of a human being, by a human being shall that one’s blood be shed. For in the image of God have human beings been made. (New American Bible)."

According to that mandate, murder is such a heinous violation of the divine image in humanity that execution under just due process is the only morally proportional punishment. Unlike the Mosaic Law, intended only for ancient Israel, God meant His mandate concerning murder to apply to all societies, for all time, because He gave it to the only survivors of a massive flood that destroyed a morally chaotic world.

Since divine command contradicts Francis' contention that capital punishment is "an attack on the inviolability and dignity of the person," his new teaching fails the second test.

"The proposed doctrine seems to assimilate the Christian practice of mercy and forgiveness, but it contradicts others such as justice with regard to the obligations that derive from the nature of marriage,” Velez wrote in Catholic World Report. "It is doubtful that it can pass the test of assimilative power." 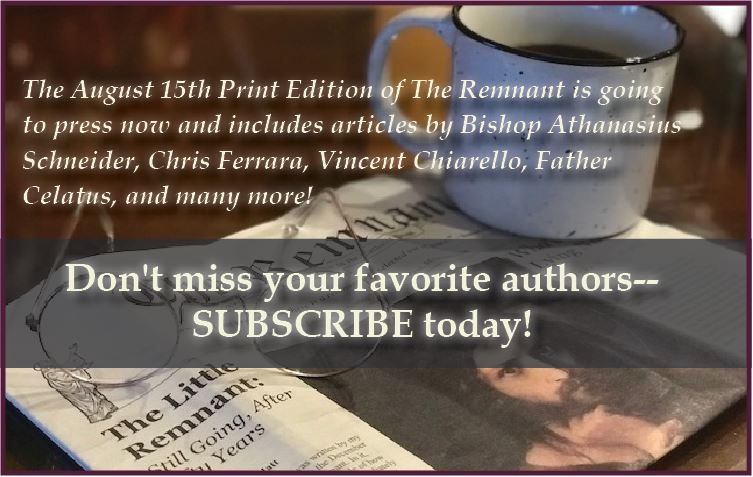 Justice regarding the obligations to protect the innocent and to dispense morally proportional punishment likewise contradict Francis' doctrine regarding capital punishment.

Newman's fourth test determines whether a doctrine "is likely to be a true development, not a corruption, in proportion as it seems to be the logical issue of its original teaching," he wrote. So, what is the source of Francis' new moral teaching? John Paul II's arbitrary theological revisionism concerning capital punishment -- which also contradicts centuries of moral teaching, as The Remnant explored in "Killing Capital Punishment: How Pope John Paul Set Precedent for Pope Francis," published Oct. 6, 2017.

Newman's fifth test involves "early imitations of tendencies which afterwards are fully realized ... in accordance with the original idea," he wrote. Compare the new teaching's assertion that penal improvements "do not definitively deprive the guilty of the possibility of redemption" with Thomas Aquinas' opinions on the relationship between incarceration and redemption:

"The fact that the evil, as long as they live, can be corrected from their errors does not prohibit the fact that they may be justly executed, for the danger which threatens from their way of life is greater and more certain than the good which may be expected from their improvement. They also have at that critical point of death the opportunity to be converted to God through repentance. And if they are so stubborn that even at the point of death their heart does not draw back from evil, it is possible to make a highly probable judgment that they would never come away from evil to the right use of their powers."

At this point, it should be obvious that the new moral teaching fails the sixth test, which "requires new doctrines to protect earlier doctrines," Velez wrote. Newman cited Vincent of Lerins, a fifth-century monk who wrote that doctrinal development means "profectus fidei non permutatio," faithful progress without contradictory change.

"Nowhere in the New Testament is capital punishment outlawed. On the contrary, the New Testament not only recognizes the right of the State to exercise authority in the name of God but enjoins obedience to the State in applying the laws of God to its citizens."

So how did we get to this point? One reason is Catholicism's increasingly anthropocentric world view, which the Second Vatican Council energized and which appears in "Evangelium Vitae," the encyclical providing the rationale for John Paul II's revisionist approach.

The encyclical not only states that "the dignity of the human person" demands that the State "ought not go to the extreme of executing the offender except in cases of absolute necessity," but also that "such cases are very rare, if not practically non-existent" because of "steady improvements in the organization of the penal system."

"Evangelium Vitae" also reflects the second reason: sloppy moral thinking that results from the term, "pro-life." Originally devised to marshal opposition to legalized abortion, "pro-life" terminology now embraces a myriad of issues that have nothing to do with abortion.

Consider these comments John Paul II made during his trip to the United States in January 1999:

"The new evangelization calls for followers of Christ who are unconditionally pro-life: who will proclaim, celebrate and serve the Gospel of life in every situation. A sign of hope is the increasing recognition that the dignity of human life must never be taken away, even in the case of someone who has done great evil. Modern society has the means of protecting itself, without definitively denying criminals the chance to reform. I renew the appeal I made most recently at Christmas for a consensus to end the death penalty, which is both cruel and unnecessary."

Now consider these comments Cardinal Renato Martino – the Vatican's observer at the United Nations and a future president of the Pontifical Council for Justice and Peace – made in an address to the UN eleven months later:

"Abolition of the death penalty … is only one step towards creating a deeper respect for human life. If millions of budding lives are eliminated at their very roots, and if the family of nations can take for granted such crimes without a disturbed conscience, the argument for the abolition of capital punishment will become less credible. Will the international community be prepared to condemn such a culture of death and advocate a culture of life?"

It seems that modern Catholicism worships life itself, rather than the Author of life.

Yet Cardinal Blase Cupich, whom Francis appointed as Archbishop of Chicago, proudly displayed his embrace of modern Catholicism's superficial moral equivalences – and the resulting moral ignorance – when he addressed the American Bar Association on the day the Pope announced the new teaching.

"The assertion that every human life has an inherent and inalienable value will only be strengthened if we apply this principle to the morality of defending both convicted criminals and the lives of the unborn," said Cupich, who cited Bernardin's arguments. "A state that refuses to use the death penalty advances a culture of life with great power of witness precisely because it protects the lives of those who have been judged least worthy of its vindication."

A foolish consistency is the hobgoblin of little minds, so said Ralph Waldo Emerson. By allowing that hobgoblin to haunt its thought, Catholicism has emasculated its moral and theological credibility.

Published in Remnant Articles
[Comment Guidelines - Click to view]
The Remnant values the comments and input of our visitors. It’s no secret, however, that trolls exist, and trolls can do a lot of damage to a brand. Therefore, our comments are heavily monitored 24/7 by Remnant moderators around the country.  They have been instructed to remove demeaning, hostile, needlessly combative, racist, Christophobic comments, and streams not related to the storyline. Multiple comments from one person under a story are also discouraged. Capitalized sentences or comments will be removed (Internet shouting).
The Remnant comments sections are not designed for frequent personal blogging, on-going debates or theological or other disputes between commenters. Please understand that we pay our writers to defend The Remnant’s editorial positions. We thus acknowledge no moral obligation whatsoever to allow anyone and everyone to try to undermine our editorial policy and create a general nuisance on our website.  Therefore, Remnant moderators reserve the right to edit or remove comments, and comments do not necessarily represent the views of The Remnant.
back to top
Last modified on Thursday, August 9, 2018
Tweet
More in this category: « CAPITAL PUNISHMENT: Pope Francis vs. the Catholic Church Vatican to ‘Reform’ Contemplative Orders, Enforce “Fidelity” to Aims of Revolution »