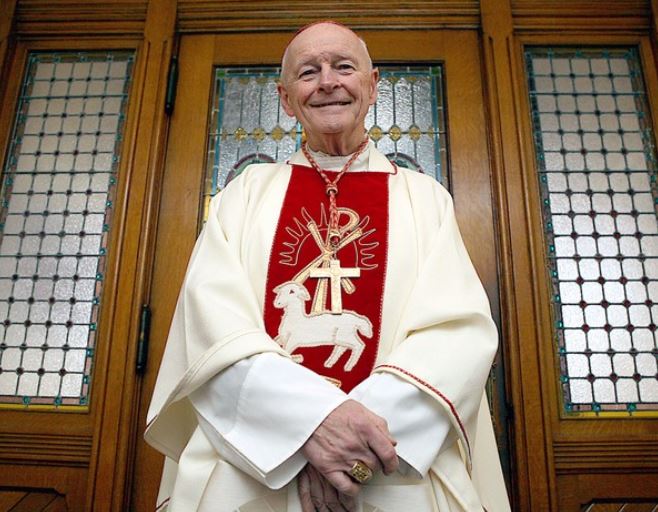 **The often repeated plea of clergy abuse victims who viewed their priest abuser as an alter Christus.

Catholics would learn that the Church has settled with more victims of Fr. Ted McCarrick!

Since the cat is out of the bag, our churchmen finally owned up to these hush payments.

The Catholic News Service is now reporting that there were sexual allegations against McCarrick by adults:

(In separate statements, Bishop Checchio and Cardinal Joseph W. Tobin of Newark, New Jersey — where Cardinal McCarrick served in-between his appointments to Metuchen and Washington — said this was their first notice that Cardinal McCarrick had been accused of sexual abuse of a minor, but not of adults.)

“In the past, there have been allegations that he engaged in sexual behavior with adults,” Cardinal Tobin said. “This archdiocese and the Diocese of Metuchen received three allegations of sexual misconduct with adults decades ago; two of these allegations resulted in settlements.”

Similar to the Cardinal Dolan press release, Cardinal Joseph Tobin released no details regarding the nature of McCarrick’s sexual assault or even the relationship between McCarrick and his adult victims.

Suffice it to say, the victims alleged sufficient harm, lack of consent, and trauma to induce the Diocese to provide a settlement for their pain and suffering. 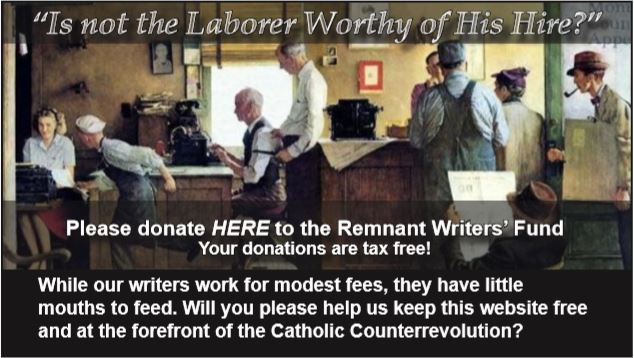 Based on breaking news stories, it is quite possible that the victims may have been adult seminarians under the tutelage of Bishop McCarrick when this sexual violation occurred. If so, this raises a very serious breach of ecclesiastic trust, which violates all moral standards of spiritual and filial duty to young men studying for a consecrated life in the priesthood. Sexual predation upon an adult is a serious and traumatic assault. Sexually assaulting a seminarian perniciously heinously undermines his pursuit of a holy vocation in the seminary. Simply put, predation pollutes the priesthood.

Why was McCarrick permitted to remain a Bishop in light of these known, and presumably credible, allegations?

Why was McCarrick elevated to the highest episcopal office, in light of these past serious allegations and settlements?

Why didn’t Cardinal Tobin release the gender of the adult victims of McCarrick? Why is he covering up the details of McCarrick’s sexual misconduct?

Why were the Catholics in the Dioceses of Newark and Washington, D.C. not made aware of these shocking and troubling monetary settlements for McCarrick’s sexual misconduct? Where and when did these assaults occur? At a parish? At a seminary?

Why were these settlements kept secret from the Catholic faithful who had a right to know that a Shepherd of the Church had violated his sacred trust to such a serious degree that the Catholic diocese was forced to settle with his victims?

Why did the N.J. Diocese of Metuchen permit a Catholic high school to be named after Cardinal Theodore McCarrick?

Wasn’t the Church concerned that these serious charges of sexual misconduct by a bishop would recur with other adult males, thus damaging more souls and traumatizing more victims?

This case serves as a prime example of moving a predatory bishop from one diocese to another, without notifying the receiving diocese of the allegations.

What did Cardinals Wuerl, Dolan, Tobin, and the other Cardinals and bishops know about the sexual misconduct and predatory behavior of Theodore McCarrick?

Did the Washington D.C. media protect the powerful McCarrick who called Vice-President Joe Biden a close friend, along with other Washington political elites?

Are there any other outstanding confidential sex abuse settlements or investigations regarding Cardinal McCarrick?

Like the Harvey Weinstein sex scandal, men in positions of power, who have the ability to make or break a career of a subordinate, can assert enormous influence over careers. Seminarians understand that celibacy is a gift to God which enhances the formation of priests to give their entire life to the Church. When celibacy is violated by a bishop, no less, who has control over a young man’s vocation, failure to consent to the sexual assault can jeopardize their continued seminary studies.

Michael Rose in  his book, Goodbye Good Men, details the retaliatory pattern of banishment when seminarians refuse to submit to sexual solicitation by clerical supervisors. This lawlessness demonstrates the insidious usurpation of power and domination over the lives of the powerless.

Young men studying for the priesthood are the spiritual sons of the Blessed Mother. To defile them, to debase their vocation, and to make a mockery of the gift of celibacy is a personal affront to the Mother of God.

If history is any indication, there are more victims of McCarrick and other bishops and cardinals. The Chilean Bishop Barros scandal is playing out in many other bishops' conferences around the world. It is time for all victims-- child and adult, seminarians and others--to bravely step forward and expose the filth and degradation in the episcopacy.

Cardinal McCarrick boasted during a speech at Villanova that he was asked to lobby cardinals in the 2013 Vatican Conclave to vote for Jorge Bergoglio for Pope. Is it any wonder that sex abuse scandals are now escalating and enveloping even the Vatican under the leadership of Jorge “who am I to judge” Bergoglio?

While the USCCB engages in Trump-bashing and immigration politics with Congress, it should clean up its own House. After all, concern and protection for immigrant children rings hollow, while the Church coffers are depleted by $4 billion in settlements for priests and bishops that sexually abuse children.

This continuing hypocrisy and coverups demand a #HimToo movement.

[Comment Guidelines - Click to view]
The Remnant values the comments and input of our visitors. It’s no secret, however, that trolls exist, and trolls can do a lot of damage to a brand. Therefore, our comments are heavily monitored 24/7 by Remnant moderators around the country.  They have been instructed to remove demeaning, hostile, needlessly combative, racist, Christophobic comments, and streams not related to the storyline. Multiple comments from one person under a story are also discouraged. Capitalized sentences or comments will be removed (Internet shouting).
The Remnant comments sections are not designed for frequent personal blogging, on-going debates or theological or other disputes between commenters. Please understand that we pay our writers to defend The Remnant’s editorial positions. We thus acknowledge no moral obligation whatsoever to allow anyone and everyone to try to undermine our editorial policy and create a general nuisance on our website.  Therefore, Remnant moderators reserve the right to edit or remove comments, and comments do not necessarily represent the views of The Remnant.
back to top
Last modified on Friday, June 22, 2018
Tweet

More in this category: « #HimToo Movement in the Catholic Church PayPal, Apple, Amazon, and Google Gay: Are we obligated to boycott them all? »