New from RTV's 'The Remnant Underground' 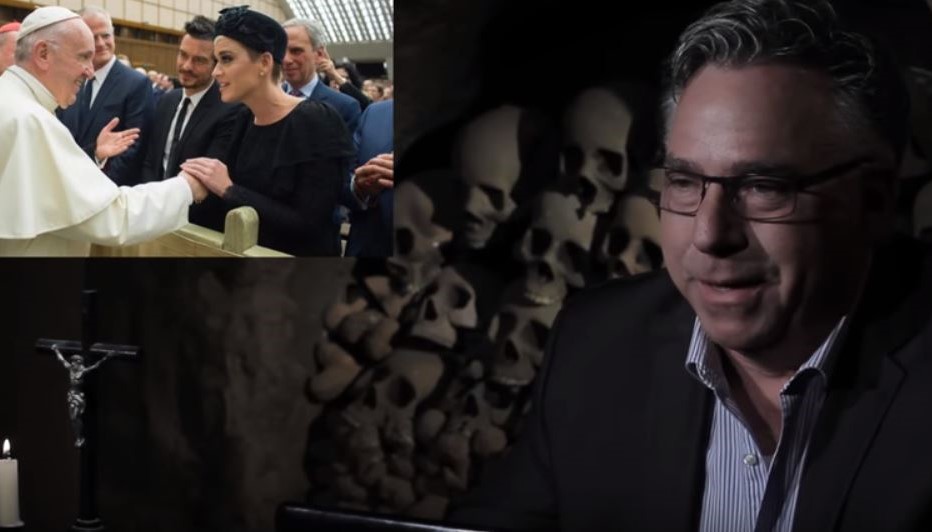 Down in the catacombs, Michael Matt comments on Katy "I Kissed a Girl" Perry being invited to speak at the Vatican last month. Perry, an outspoken champion of LGBTQ rights, was honored with a personal meeting with the Pope and entrusted to help the Vatican promote Transcendental Meditation. We're sure Pope Francis & Co were merely trying to convert Katy, and that that's why she was singled out in this way. After all, didn’t Our Lord eat with the tax collectors?

By the way, Katy Perry's breakout song, I Kissed A Girl, was nominated for the Kids Choice Award in 2009, and after her visit with Francis she announced the celebration of the 10-year anniversary of the song's release.

And finally, did you hear that Katy won her case against the two little old nuns out in California who were being forced to sell their convent to the raunchy pop star? Yep, Katy got the convent and the audience with Pope Francis. She’s had a good month!

Michael concludes with a suggested strategy all Catholics can get behind.

Published in Remnant Articles
[Comment Guidelines - Click to view]
The Remnant values the comments and input of our visitors. It’s no secret, however, that trolls exist, and trolls can do a lot of damage to a brand. Therefore, our comments are heavily monitored 24/7 by Remnant moderators around the country.  They have been instructed to remove demeaning, hostile, needlessly combative, racist, Christophobic comments, and streams not related to the storyline. Multiple comments from one person under a story are also discouraged. Capitalized sentences or comments will be removed (Internet shouting).
The Remnant comments sections are not designed for frequent personal blogging, on-going debates or theological or other disputes between commenters. Please understand that we pay our writers to defend The Remnant’s editorial positions. We thus acknowledge no moral obligation whatsoever to allow anyone and everyone to try to undermine our editorial policy and create a general nuisance on our website.  Therefore, Remnant moderators reserve the right to edit or remove comments, and comments do not necessarily represent the views of The Remnant.
back to top
Last modified on Wednesday, May 9, 2018
Tweet
More in this category: « EVOLUTION: Is It Catholic? (The Great Debate of 2018) Pioneers of the Underground Church in China »