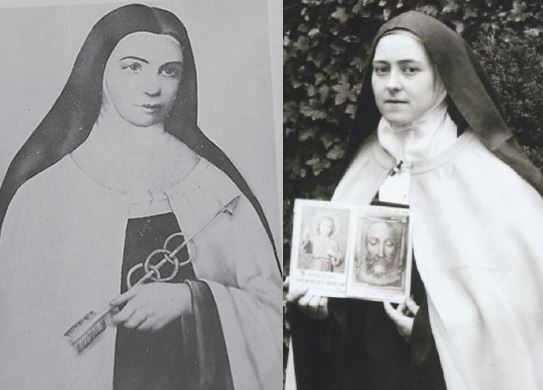 Editor's Note: Remnant Tours will travel through France after the 2018 Chartres Pentecost Pilgrimage, and will wrap up with two nights in Fatima. En route, the pilgrims--led by Father Gregory Pendergraft, Dr. John Rao, Christopher Ferrara and yours truly--will visit Tours, France, which is birthplace of the well-known Catholic devotion to the Holy Face of Jesus.

Here during the 1840s, a young Carmelite nun called Sister Marie of St. Peter, received a series of revelations from Our Lord about a powerful devotion He wished to establish worldwide - the devotion to His Holy Face.

The express purpose of this devotion was to make reparation for the blasphemies and outrages of 'Revolutionary men' (the Communists) and atheists, as well as for the profanation of Sundays by Christians.  This devotion is also an instrument given to the individual devotee as a seemingly unfailing method of appealing to God in prayer - through adoration of His Holy Face and Name.

Though this devotion was elevated and promoted by Popes Leo XIII, Pius IX and St. Pius X, it began to wane in popularity after World War I.  We're intensely interested in doing our part to help bring it back, and so we will visit Sister Marie's convent and grave in Tours, where our chaplain will offer several sessions on the importance of this devotion, especially in these times of sacrilege and indifference to the Holy Name and Holy Face.

There are still 5 seats left on this year’s pilgrimage to France and Portugal. So contact us today if you're interested in joining us: This email address is being protected from spambots. You need JavaScript enabled to view it. or click on the banner below. MJM

Sr. Marie was born in Rennes, Brittany on October 4, 1816. She was rather sickly as child and not at all pious. In fact, she describes herself as stubborn and easily roused to anger. After making her first confession at the age of six, she began to seriously work on overcoming herself and about this same time, her parents instilled into her a devotion to the Most Blessed Virgin. After making her First Communion at the age of ten, she progressed most rapidly in virtue, to the amazement of all those who knew her. She received many graces in prayer and began to understand that Our Lord was calling her to consecrate herself to Him. With the direction of a wise and holy confessor who tried her in virtue for 5 years and prepared her for the religious life, she finally entered the Carmelite Monastery in Tours, France.

As a novice, she continued receiving extraordinary favors in prayer. She submitted all of these interior communications of Our Lord to her Superiors and waited upon their consent before she could offer herself completely to Our Lord as He had been asking. Once permission was obtained, Our Lord began revealing to her this great project of establishing the Work of Reparation.

From 1844 to 1847, Sister Marie of St. Peter reported that she had visions of Jesus and Mary. She reported that in her vision, she saw Saint Veronica wiping away the spit and mud from the face of Jesus with her veil on the way to Calvary. She said that sacrilegious and blasphemous acts of today added to the spit and mud that Saint Veronica wiped away in that moment. She said that she had a vision in which Jesus told her: "Those who will contemplate the wounds on My Face here on earth, shall contemplate it radiant in heaven."

Our Lord told Sr. Marie however, that the devotion He was entrusting to her was to have as its aim not only reparation for blasphemy, but also reparation for the profanation of the Holy Day of the Lord, both enormous sins, arousing the anger of God.

Sr. Marie related one of the visions:

Our Lord said, “My name is everywhere blasphemed!” ...He then made me see that this frightful sin wounds His divine Heart more grievously than all other sins, showing me how by blasphemy the sinner curses Him to His Face, attacks Him publicly, nullifies his redemption, and pronounces his own judgment and condemnation. Our Lord then made me visualize the act of blasphemy as a poisoned arrow continually wounding His divine Heart. After that He revealed to me that He wanted to give me a 'Golden Arrow' which would have the power of wounding Him delightfully, and which would also heal those other wounds inflicted by the malice of sinners." (August 26, 1843) 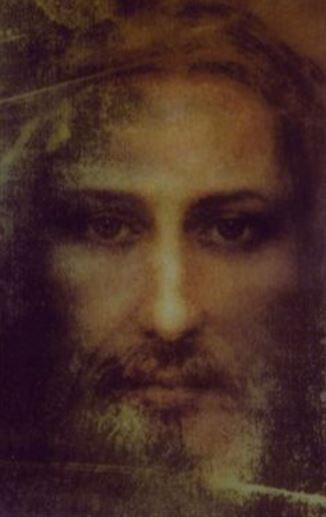 After that, our Savior dictated the following prayer, which he called "The Golden Arrow", saying that those who would recite this prayer would pierce Him delightfully, and also heal those other wounds inflicted on Him by the malice of sinners.  This prayer is regarded as the very basis of the Work of Reparation.

May the most Holy, most Sacred, most Adorable,
Most Incomprehensible and Ineffable Name of God
Be always Praised, Blessed, Loved, Adored and Glorified,
In Heaven, on Earth and in Hell,
By all the Creatures of God,
And by the Sacred Heart of Our Lord Jesus Christ,
In the most Holy Sacrament of the Altar.
Amen.

"I give you My Name to be your light in the darkness and your strength in battle. Satan will do all in his power to crush this Work at its roots. But I assure you that the Holy Name of God will triumph, and it will be the Holy Angels who will gain the victory in the conflict." (Our Lord to Sr. Mary of St. Peter Nov. 18, 1843)

PROMISES OF OUR LORD JESUS CHRIST

Revelations to Sr. Mary of St. Peter, Discalced Carmelite Nun of Tours, France, in favor of those who honor the Holy Face. Details of these revelations are found in the book named The Golden Arrow (the autobiography of Sister Mary of St. Peter)

~33 AD: Veronica wipes Our Lord's face with her veil and an image of His Holy Face miraculously appears on the veil. Veronica later passes the relic of the veil to Clement I (3rd successor of St. Peter). The relic of the veil was kept in catacombs for the next 3 centuries during persecutions of the Church. After that time, Holy Veil was placed in the church that was constructed over the tomb of St. Peter (later to become the Basilica of St. Peter). The Holy Veil has since been kept intact throughout the centuries.

1843-1847: Sister Mary of St. Peter, a Carmelite nun in Tours France experiences a series of revelations from Our Lord about a powerful devotion He wished to be established worldwide - the devotion to His Holy Face.

1848: Sister Mary of St. Peter passes away in the odor of sanctity on July 8. Just before her death she was able to relay the details of her 5 years of revelations to the local bishop in Tours, France. She was also able to share the information with a friend named Leo Dupont, a retired lawyer in Tours, France.

1849: Shortly after the death of Sister Mary of St. Peter, Pope Pius IX ordered public prayers be offered in all churches in Rome to implore God's mercy on the Papal States due to revolution occurring at the time. As part of these public prayers, a three-day exposition of the relic of Veronica's veil was held for public veneration at St. Peter's Basilica. On the third day of the showing, January 6, 1849, a miracle occurred through which Our Lord's face on the veil became very distinct and glowed with a soft light. The Canons of the Basilica ordered the bells rung at sight of the miracle, which attracted crowds of people. The miracle lasted for three hours, was attested to by an apostolic notary during the incident, and was documented in the daybook of the Vatican Basilica.

1885: While devotion to the Holy Face of Jesus has always existed in some form or another, these revelations and miraculous occurrences lead to this special devotion being established by Pope Leo XIII as an Archconfraternity; and contrary to custom, He immediately established it for the ENTIRE WORLD. This was confirmed in the following people briefs: 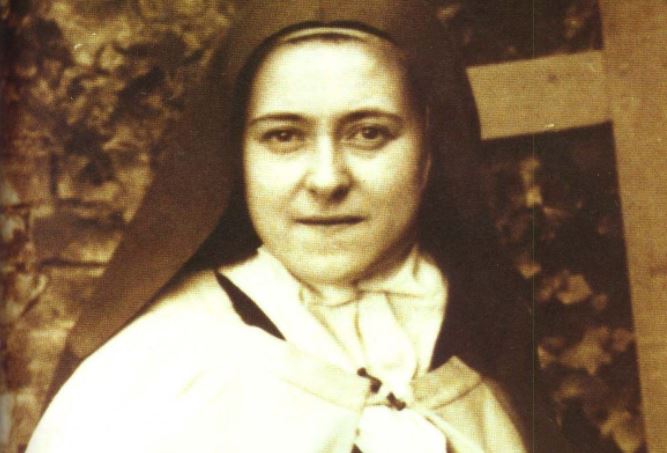 1885-1897: It was a well-known fact the St. Therese of Lisieux and her family registered as members of the Archconfraternity of Reparation to the Holy Face at Tours France and that St. Therese herself was so devoted to this that she added the title to her name at the time she took the habit. This is why we often see St. Therese referred to as St. Therese of the Holy Face.

1910: On April 27, 1910, Pope Saint Pius X approves the Feast of the Image of the Holy Face, with Rite of greater Double in the Third Feria, after the Sunday of Quinquagesima (Shrove Tuesday) for the diocese of Cambrai, France.

Today: Unfortunately, the Holy Face devotion is largely forgotten. In the revelations to Sister Mary of St. Peter, Our Lord was very specific in stating the extreme importance of this devotion for making reparation to God, for holding back the justice of God during the evils of our day, and for obtaining the resolution to problems in our families.

"Yes, it is through this august Sacrament that Jesus, our Saviour, desires to impart to souls the rare virtue emanating from is most Holy Face, for indeed there in the Blessed Sacrament of the Altar His adorable Face is more dazzling than the sun. He then once more promised me to imprint His Divine likeness upon the souls of those who honor the features of His Face."

[Comment Guidelines - Click to view]
The Remnant values the comments and input of our visitors. It’s no secret, however, that trolls exist, and trolls can do a lot of damage to a brand. Therefore, our comments are heavily monitored 24/7 by Remnant moderators around the country.  They have been instructed to remove demeaning, hostile, needlessly combative, racist, Christophobic comments, and streams not related to the storyline. Multiple comments from one person under a story are also discouraged. Capitalized sentences or comments will be removed (Internet shouting).
The Remnant comments sections are not designed for frequent personal blogging, on-going debates or theological or other disputes between commenters. Please understand that we pay our writers to defend The Remnant’s editorial positions. We thus acknowledge no moral obligation whatsoever to allow anyone and everyone to try to undermine our editorial policy and create a general nuisance on our website.  Therefore, Remnant moderators reserve the right to edit or remove comments, and comments do not necessarily represent the views of The Remnant.
back to top
Last modified on Tuesday, February 20, 2018
Tweet