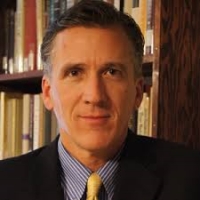 Exclusive to The Remnant

Fort Worth, Texas, March 3, 2014—Today’s blogosphere and Catholic news sites were lit up by the startling news that His Excellency Michael F. Olson, STD, Bishop for the Catholic diocese of Fort Worth, Texas, had forbidden Fisher More College from having Catholic priests offer the Traditional Latin Mass at the college. This, despite the fact that the college had full diocesan approval since 2010, including a chaplain offered as a courtesy by the Priestly Fraternity of St. Peter from Feb. 2013 through June 2013.

Most recently, a priest from the Fathers of Mercy based in Auburn, Kentucky, known more for preaching Catholic missions than for their traditional liturgical leanings, ably served the students and faculty. In addition to offering daily access to the Traditional Latin Mass throughout the school year, the college offered substantial parts of the traditional Divine Office, often-times sung, with a fully intellectually rigorous Catholic liberal arts curriculum.

In summary, in a letter dated February 24, 2014, Bishop Olson, installed as the diocese’s fourth Ordinary less than one month prior, forbade Fisher More College from the public celebration of the Traditional Latin Mass at its chapel. Not only did he forbid its public celebration, but he informed the college that they were allowed to have the Novus Ordo liturgy with priests from the diocese, all with the threat of his withdrawing permission to have Holy Mass offered and the Blessed Sacrament reserved in the college’s chapel. “I make these norms out of my pastoral solicitude and care for students of Fisher-More (sic) College as well as for your own soul,” Bishop Olson stated in his letter.

As the blogosphere and Catholic news sites engaged in wild speculation about “what really happened” from unnamed people in the know, anonymous priests from the nearby Dallas diocese and speculation that the college had really gone off the rails, The Remnant sought and received further information directly from the sources of the contention—the bishop’s office of the Diocese of Fort Worth and Michael King, president of Fisher More College.

“It was a private letter and someone leaked it, and it is what it is,” said Pat Svacina, director of communications for the Diocese of Fort Worth. “Bishop Olson has nothing to add to what has been out there,” Svacina said.

Fisher More’s King said the college received the letter from the Bishop on Wed., Feb. 26, and he read it out loud to the students and faculty to make them aware of the situation. The fact that the letter purported to be “private correspondence,” but that impacted dozens of college faculty, staff, students and parents was not explained by the bishop’s spokesman. As the college’s mission is centered on the Church’s liturgical and spiritual tradition, King said that the board felt compelled to be transparent to those affected by the Bishop’s decision.

King said he was invited to a meeting with Bishop Olson that was very short and provided no further details other than the contents of the letter. “There wasn’t much discussion,” he said. “There was no discussion about the college at all.”

Meanwhile, high traffic volume driven to Fisher More’s website prevented the college from issuing clarifying statements later in the day today regarding the school’s mission, guest speakers and their corresponding topics the college has hosted since 2012 (http://fishermore.edu/list-college-chaplains-since-2010/) and a lineup of priests the college has had as chaplains with public ministry since 2010 under the watch of former Bishop Kevin Vann (See http://fishermore.edu/list-college-chaplains-since-2010/).

Note that every priest had faculties for confessions and diocesan approval to offer public Holy Mass at the chapel up to the bishop’s edict. Michael King, president of Fisher More said that Father Nicholas Gruner, famous for his Fatima apostolate, recently spoke as a guest lecturer, but did not offer any public ministry at the college chapel. Many consider Father Gruner to be controversial because of his vocal and persistent call for the consecration of Russia by the Pope together with all of the bishops of the world as Sister Lucia repeatedly stated that our Lady of Fatima requested.

King noted that the academic curriculum at Fisher More is rigorous, and as a college in the intellectual tradition of the Church, its professors and guest lecturers often address controversial topics such as the theological speculation of Karl Rahner and Hans Urs von Balthasar, scientific evolution versus intelligent design, and other similar topics.

King said that he prefers not to respond publicly to critics about his leadership style, nor those critics of the college’s faculty. Fisher More College is currently considering its canonical options regarding the Diocese of Fort Worth’s decision to ban the Traditional Latin liturgy while still allowing the Novus Ordo to be offered by diocesan priests.

Published in Remnant Articles
back to top
Last modified on Tuesday, March 4, 2014
Tweet
More in this category: « Newly Installed Bishop of Fort Worth forbids the Traditional Mass at Fisher More College The Fast Way to Heaven »