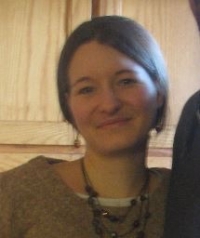 As I write these few lines, two members of my family are lying on operating tables at the University of Minnesota hospital. One is my older sister, Gretchen (Matt) Mills, and the other is Lindsey (Heesch) Bourbeau, the young wife of  another sister’s second son, Stephen.  Gretchen is a very sick person, and has been for many years. She’s been in surgery now for 10 hours. Lindsey is the healthy mother of an adopted young son, Jacob (one year old).

In a world filled with ugly selfishness and proud conceit, I’m conflicted by, on the one hand, the beauty of what is going on here, and on the other, a sense of deep concern for the lives and health of these two strong Catholic women.You see, my sister contracted a life-threatening liver diseased when she was just 16 years old. Ever since (she’s now 58), her disease has gone from bad to worse, with the occasional reprieves of remission providing only limited and sporadic relief along the way.

Until recently, Gretchen (wife and mother), though quite literally wasting away, was considered by her doctors notquite sick enough (she now suffers from advanced cirrhosis) to be a candidate for liver transplant, unless she could find a live donor. Her situation recently became quite critical, however, and that’s when Lindsey stepped in.

The Matt Family is a large, sprawling family, and as such there’s the natural drifting apart from one branch to the other which comes with the passing of years. I mention this only to make it clear that Gretchen and Lindsey are not particularly close. There was simply a pressing need and Lindsey stepped up and had herself tested, though, practically speaking, she had nothing to gain.

It was a perfect match.

After weeks of testing and still more tests, Lindsey spent the day today under general anesthetic as she underwent the grueling 8-hour procedure required to extract the section of her liver that she wishes to donate to her husband’s aunt--my sister, Gretchen.

At the moment, the doctors are pleased with the progress the two women are making, even as the two husbands and children pace the halls of the hospital. This is high-risk surgery for both women.

As Lindsey was not raised by anyone who is a blood relative of mine, perhaps I can be forgiven for praising her selflessness without seeming to brag about my own family. This young woman is a credit to her Faith and to the parents who raised her. In fact, we’re all overwhelmed by Lindsey's  truly heroic charity, as she willingly accepts the cross of this horrible ordeal—for a woman she hardly knows. What a testimony to what it really means to be a Christian, to follow Christ’s example, to be willing the lay down your life for the sake of another. Greater love than this no man hath.

And this is a young lady who cannot have children of her own, by the way. She has already adopted one child and, along with her faithful husband, Steve, is saving every penny and putting it towards the cost of adopting another child. And in the middle of all that, she put her own life on hold, will be laid up in a hospital for weeks and recuperating at home for perhaps months. Why?  Because, as she indicated to one family member, she has not been able to give life-- as far as having a biological child of her own—and this was an opportunity to give life in a different way.

And they say there is no faith, no hope, no love among the millennials.  Not so in Lindsey's case.

If Lindsey’s story warms your heart and restores your faith, as it does mine, perhaps you’d like to share her story and pray for her full recovery. Tell your children about Lindsey, and what she’s doing this weekend—trying to recover from a massive surgery she didn’t have to have. She’s a Catholic woman for our children to look up to, so that they can see what great generosity comes from the faithful practice of the Christian life.

Please pray for Lindsey and the woman whose life she's trying to save--my sister, Gretchen--now and over the course of the next very critical seven days.

P.S. Lindsey has no idea that we’ve written and posted this little homage to her courage. I’m sure she’ll be quite mortified by it when she wakes from her surgery, and I’ll be in the doghouse for certain. But I’m getting older, and stories like these are few and far between in our cold and selfish world.  I felt compelled to share her story.  (I’m sorry, Lindsey, and thank you for giving my sister a second chance at life).  May God bless you always.

[Comment Guidelines - Click to view]
The Remnant values the comments and input of our visitors. It’s no secret, however, that trolls exist, and trolls can do a lot of damage to a brand. Therefore, our comments are heavily monitored 24/7 by Remnant moderators around the country.  They have been instructed to remove demeaning, hostile, needlessly combative, racist, Christophobic comments, and streams not related to the storyline. Multiple comments from one person under a story are also discouraged. Capitalized sentences or comments will be removed (Internet shouting).
The Remnant comments sections are not designed for frequent personal blogging, on-going debates or theological or other disputes between commenters. Please understand that we pay our writers to defend The Remnant’s editorial positions. We thus acknowledge no moral obligation whatsoever to allow anyone and everyone to try to undermine our editorial policy and create a general nuisance on our website.  Therefore, Remnant moderators reserve the right to edit or remove comments, and comments do not necessarily represent the views of The Remnant.
back to top
Last modified on Monday, April 10, 2017
Tweet

More in this category: « SSPX MARRIAGE: The Lefebvre Problem Islam: Was it Really Gabriel? »