I’m With Jimmy Fallon on This One 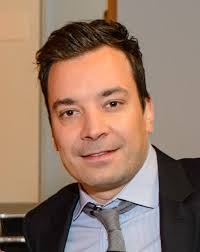 I wonder if it’s possible for so many of our modern churchmen to be any more out of touch with reality than they already are. They keep making grand and solemn statements to the world about this and that social issue, almost as if the world hadn’t stopped listening some twenty-five years ago. With all due respect, exactly who in the world do they imagine still cares? On any given day, Miley Cyrus has more social impact on society than any ten princes of the Church combined. If they realized this perhaps they’d start trying to say things that actually matter to real people, rather than just media people.

Media people are not the real people. The ones I lived with in Rome during the last conclave, for example, care much more about good Roman restaurants than Roman Catholic rituals. A casual observer watching them at work, however, buzzing around with their cameras and high-tech microphones, might have come away with the impression that these guys really do care about all things Catholic. Of course, nothing could be further from the truth.

So if a cardinal or a pope evaluates the world’s reaction to his words by the media’s reaction, he’ll likely end up with a fairly skewed notion of reality, if not utterly oblivious to the fact that in the real world—in the bars, cafes, stadiums, workplaces, kitchen tables and churches—nobody cares. The scandal has been too great, the words too vapid, the dumbing down too complete, the liturgy too stupid, and too many churchmen just too silly to matter anymore—which is why millions have opted out of the Church altogether.

Bishop of Rome Francis hasn’t quite figured this out yet, I fear. I really do think he means well but he looks at the world’s media-driven approval of his young pontificate and concludes that he must be doing a great job. It doesn’t seem to dawn on him that just as history demonstrates over and over again, if the world loves the pope there is either something very wrong with the pope or very right with the world. Which is it today? Time will tell us soon enough.

It’s easy to point fingers at Hollywood or the divorced and remarried or homosexuals these days and say: A-hah! They are to blame! But are they? The pioneers of the traditional Catholic movement would argue otherwise. They gave their lives to fighting against the new orientation of the Catholic Church not because they “preferred” Latin Masses, but rather because they knew if the moral and theological authority of the Catholic Church were ever compromised the whole world would quickly descend into chaos and depravity. They were not prophets but they knew their history, which is how they could so accurately predict what would happen if Modernism were to triumph. They were right then and here we are now.

Sneak Peek: This article is featured in the latest print edition of The Remnant newspaper. Unlike this one, however, most Remnant articles never appear on this website   Click here to find out how you can become a subscriber to The Remnant--America's oldest traditional Catholic newspaper. By subscribing, you also help ensure that content on this website will continue to be provided for free.

Jimmy Fallon is the comedian/actor who recently took over for Jay Leno as host of NBC’s The Tonight Show— a variety show made culturally iconic by the late Johnny Carson. Jimmy Fallon was born and raised Roman Catholic. When he was young he wanted to be a priest. He loved to serve Mass. The son of a Catholic Vietnam War veteran, Fallon is of German/Irish descent and grew up in Brooklyn, New York. He was educated at St. Mary of the Snow Roman Catholic school and attended the College of St. Rose in Albany.

Jimmy Fallon is also a fallen away Catholic whose Fresh Air interview from some time ago will be of renewed interest to readers of The Remnant, especially in light of Bishop of Rome Francis’s recent comment that the Traditional Latin Mass is a mere fashion—an unfortunate papal gaffe that provides context for the Fallon interview, excerpts of which appear below and were lifted from NPR.org.

First, Pope Francis: According to a Rorate Caeli report, Archbishop Jan Graubner of the Czech Republic told Vatican Radio that Pope Francis has:

….made a quite strong statement when he said that he understands when the old generation returns to what it experienced, but that he cannot understand the younger generation wishing to return to it. “When I search more thoroughly - the Pope said - I find that it is rather a kind of fashion. And if it is a fashion, therefore it is a matter that does not need that much attention. It is just necessary to show some patience and kindness to people who are addicted to a certain fashion. But I consider greatly important to go deep into things, because if we do not go deep, no liturgical form, this or that one, can save us.”

Tell that to Jimmy Fallon, Your Holiness, and to the millions just like him who have left the Church largely because the “fashionable” New Mass was just that—a fleeting fashion which has already become passé and embarrassingly irrelevant to millions of young Catholics. Fallon commented on exactly that, as well as his Catholic upbringing in general, during the NPR interview. “I grew up in an Irish Catholic family…” he said, which eventually prompted host Terri Gross to press him a bit further:

GROSS: So you went to Catholic school when you were young.

GROSS: Did you have…

Mr. FALLON: I wanted to be a priest.

GROSS: Did you really?

Mr. FALLON: I just, I loved the church. I loved the idea of it. I loved the smell of the incense. I loved the feeling you get when you left church. I loved like how this priest can make people feel this good. I just thought it was – I loved the whole idea of it. My grandfather was very religious, so I used to go to Mass with him at like 6:45 in the morning, serve Mass. And then you made money, too, if you did weddings and funerals. You’d get like five bucks. And so I go ‘Okay, I can make money too.’ I go, ‘This could be a good deal for me.’ I thought I had the calling…

GROSS: Do you still go to church?

Mr. FALLON: I don’t go to – I tried to go back. When I was out in L.A. and I was kind of struggling for a bit. I went to church for a while, but it’s kind of, it’s gotten gigantic now for me. It’s like too… There’s a band. There’s a band there now, and you got to, you have to hold hands with people through the whole Mass now, and I don’t like doing that…Now, I’m holding hands – now I’m lifting people. Like Simba. [Laughter] I’m holding them [Singing] ha nah hey nah ho.

I’m doing too much. I don’t want – there’s Frisbees being thrown, there’s beach balls going around, people waving lighters, and I go, ‘This is too much for me.’ I want the old way. I want to hang out with the, you know, with the nuns, you know, that was my favorite type of Mass, and the grotto, and just like straight up, just Mass Mass.

He's a comedian. I get it. But his sensus Catholicus is still right there, transforming him into yet another lost and disenfranchised Catholic. Who’s responsible for the spiritual carnage left in the wake of the New Springtime of Vatican II? The ubiquitous Jimmy Fallons of the world? Please! They're just collateral damage...the casualties of a self-loathing war against Catholic Tradition, waged from within. And now they’ve all left the Church. Do you blame them?  Really?

Jimmy Fallon is a bit younger than I am, and there but for the grace of God go I—along with entire generations of our Catholic brothers who were given stones to eat when they needed bread. And now whose fault is that!

Published in Remnant Articles
back to top
Last modified on Wednesday, February 26, 2014
Tweet