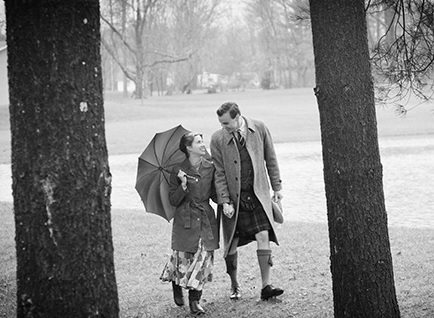 Editor’s Introduction: I’m very pleased to introduce our newest columnist, Miss Anna Priore. Miss Priore received her Bachelors in English Journalism from St. Olaf College in 2015. She is a resident of Rochester, Minnesota, and regularly attends the Latin Mass with her fiancé, Nicholas, whom she met at a summer program at Christendom College. They are receiving the sacrament of Matrimony this coming June. Anna has been writing for about 10 years for several newspapers and Catholic blogs. Topics that interest her include commentaries on politics and culture, exploring and exposing Catholic-in-name-only colleges and their liberal agendas, and promoting respect for the Traditional Latin Mass and the Holy Eucharist. Welcome aboard, Miss Priore! MJM

It’s difficult to describe the enormous amount of pressure young unmarried couples face today to cohabitate and save money by combining their finances and rent. It goes without a doubt that cohabitation is the most efficient and easiest option many couples have: no need to pay rent for two separate places, no more annoying housemates, and they can start preparing for their future married life together. It makes so much sense that it seems ridiculous for devout Catholics to contradict it.

When I was searching for an apartment for my fiancé after he moved to Minnesota, each landlord I visited on his behalf assumed we would be living together and wanted me as well as him to sign the lease. Imagine their scoffs of incredulity when I explained that he didn’t need extra room for a king-sized bed for both of us! I can assure you from experience: today’s chaste couples can feel like they have been labeled by society as a strange breed of sexually frustrated people. It’s as though a couple’s Christian morals affect their mental capacity. You mean you’re not shacking up? Who DOES that these days?

If you or a couple you know are wavering between cohabitation or no cohabitation, you must realize that there are very serious implications to this decision which our modern society scorns, downplays, or shoves under the rug.  The solution to the cohabitation situation is complicated, and the world doesn’t like complicated answers. In fact, it doesn’t like answers at all, because it likes to pretend that there are never consequences for an individual’s actions. If you get pregnant, you can get an abortion. If you live beyond your means, you can declare bankruptcy. If you want to cheat on your spouse or significant other, it’s your right. In our age of convenience, we demand a lifestyle of instant gratification with zero consequences. Our generation sadly forgets that a life without consequences in itself begets consequences. It’s the nature of the beast, and one of the decaying fruits of the universal human condition. We can never avoid suffering, and even if we do temporarily, someone else always suffers instead: the murdered unborn child, the abused woman, the broken family.

Many people encourage young couples to “test drive” their marriage before it even begins by living together. This doesn’t work because marriage is not something you can pull out of context and examine before it actually happens. After a couple is sacramentally and legally committed to each other, a whole host of different opportunities, challenges, and surprises await that just can’t be found when a couple is merely sharing a bed and a bathroom. The problem with cohabitation is that it offers an escape, an out, a second route if the couple realizes that they really weren’t meant for each other. If the sex becomes boring, if the finances become tight, if the future in-laws become too overbearing, the couple can book out at any time. Is this good practice for marriage? Certainly not. Marriage is for better or for worse, through sickness and health, in good times and in bad. When the couple exchanges vows at the altar, they don’t say “I will love you and honor you only as long as it feels good and is convenient for me.”

But a failed relationship is better than a failed marriage, right? The excuse many couples use is: “we’re just trying to see if we’re compatible before marriage so we won’t have to go through a messy divorce later.” But like I mentioned before, cohabitation is not an accurate reflection of what a couple’s marriage will actually be like. It’s kind of like teenagers who never want to fully commit to an event on a Friday night in case something more exciting pops up. Ask them if they’re coming to your birthday party and they’ll respond with “maybe.” Cohabitation is the “maybe” of marriage.

There are also some couples out there who believe they have superior self-control. We can live together, they say, because it will save us so much money, but we won’t have sex. We’ll have separate bedrooms, even. I’ll sleep on the couch! But anyone who has ever had roommates knows it’s difficult to maintain privacy when you’re in close quarters with somebody. There is something very intimate about exclusively sharing a small apartment or house with the opposite sex that should be reserved for the ultimate commitment of marriage. That commitment—and the grace received through the sacrament of matrimony—gives you the strength to put up with your partner’s snoring and toothpaste smears in the sink. It doesn’t give you the option of backing out if you suddenly realize that your spouse’s bad habits and cooking skills are unbearable. Marriage gives you the perfect environment to work through your problems together rather than hitting the road to avoid them. And let’s not even discuss the good old phrase “occasion of sin.” Innocent hugging and kissing on the couch can quickly escalate if no one is around to hold you accountable, even for the most rigorously chaste couples.

I heard someone once describe cohabitation as a “trap.” I think this is indeed an accurate statement, for it shows how living together can literally ensnare you in a lifestyle that is very difficult to get out of. Living separately before marriage is a lot of work, but tenuously combining two households into one is even more work. Who pays for groceries? Who pays for utilities? Do you split rent? Split the internet bill? Plus, if the relationship ends up failing, one of you has to leave and drag all your physical and emotional baggage with you. By saving sexual and emotional intimacy for marriage, couples are able to focus on other things that bring them true joy and satisfaction. Rather than letting the physical aspect of their relationship consume everything they do, chaste couples let it compliment everything they do.

There’s a lot of truth to the expression “easy come, easy go.” Cohabiting couples have separate names and separate bank accounts; there’s an implicit agreement that either can back out of the relationship. In brief, they are rehearsing a low-intensity commitment. But marriage involves a high-intensity commitment. Nothing worth having is easy.

A discussion about cohabitation would not be complete without mentioning scandal. Most people only see this word on the front cover of People magazine, announcing a new divorce/affair/breakup with so-and-so famous person. To a Catholic, scandal is something entirely different and very serious. If you identify as a Catholic and seriously practice your faith, and if your friends, family, and co-workers know that you are Catholic and yet living in sin with somebody, what will this say about you? What will this say about Catholics in general? How will this reflect on you when someone sees the cross around your neck as you crawl out of your significant other’s apartment on Saturday morning to fetch the paper? Catholics have already received enough flak for being hypocrites these past few centuries. Why perpetuate the blitzkrieg?

But the question of the economic benefits of cohabitating still looms in the background. As Catholics, we have to make a choice. What is more important to me: my money or my soul? Some might scoff and say that it’s not as black and white as that. Let me put it another way: if you follow Our Lord’s will, no matter how impossible or even stupid it seems, He will provide. He will come through for you. The money will be taken care of. Our Lord never neglects those who faithfully follow Him even if everyone tells them that they are foolish for doing so.

We must love our future spouse by doing what is truly best for them, by not endangering their soul, and by giving them a chance to love us for our character and not for what we can bring to their bed. Most of all, couples should pray together, have a firm commitment to stay chaste until marriage, and help each other stick to it. Take courage; be not afraid. In the world we will have trouble, but He has conquered the world.

To catch more of The Remnant's 'Culture Watch', subscribe to our Print/E-edition today!

[Comment Guidelines - Click to view]
The Remnant values the comments and input of our visitors. It’s no secret, however, that trolls exist, and trolls can do a lot of damage to a brand. Therefore, our comments are heavily monitored 24/7 by Remnant moderators around the country.  They have been instructed to remove demeaning, hostile, needlessly combative, racist, Christophobic comments, and streams not related to the storyline. Multiple comments from one person under a story are also discouraged. Capitalized sentences or comments will be removed (Internet shouting).
The Remnant comments sections are not designed for frequent personal blogging, on-going debates or theological or other disputes between commenters. Please understand that we pay our writers to defend The Remnant’s editorial positions. We thus acknowledge no moral obligation whatsoever to allow anyone and everyone to try to undermine our editorial policy and create a general nuisance on our website.  Therefore, Remnant moderators reserve the right to edit or remove comments, and comments do not necessarily represent the views of The Remnant.
back to top
Last modified on Wednesday, December 14, 2016
Tweet
More in this category: « The Heel of Our Lady of Guadalupe upon the Global Serpent Fatima 2017: The Errors of Francis vs. the Terror of Demons »