The Apostolic Exhortation and the Abolishment of the Sin of Presumption 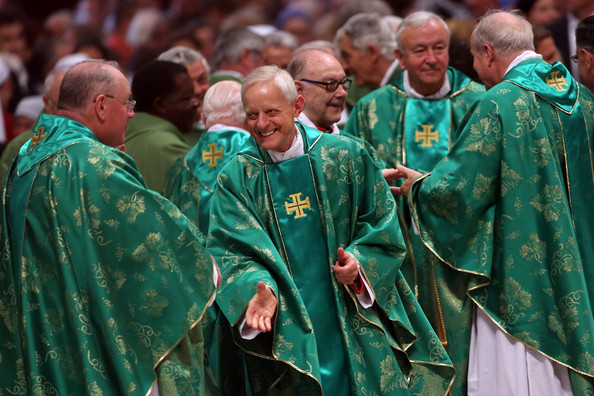 The New Synodal Church at Work

There is no other way to say this: Despite its protestations to the contrary Amoris Laetitia represents an attempt to achieve a revolution in Catholicism at the expense of the prior teaching of the Church on the indissolubility of marriage and reception of the Eucharist.

In addition, and on a more mundane level, it is a tediously long and verbose piece of poorly-written and thought-out amateur post-modern-deconstructionist sociology.


In order to achieve its aim of deconstructing the sacraments of Matrimony and the Eucharist, the tome paints the picture of sacramental marital love as a torture chamber of abuse, domination, sexism, exploitation and endless financial and emotional travails.

The sacrament of Matrimony, it is claimed, subjects its participants to the need to mutually beg constant forgiveness and afford each other mercy on an on-going basis.

Indeed, in what would appear to be extremely disturbing language representing significant confusion about the nature of spousal love, the work attempts to point out that hurdles to staying married for life include the growing ugliness and infirmity that accompany old age.  Such assertions are simply incomprehensible and reflect what, in light of the hierarchy's recent behavior, could be interpreted as being a disturbing glorification of and fascination with youth.

Drawing upon such diverse and meaningful sources as "Eastern masters," Erich Fromm, Martin Luther King, Babette’s Feast, and numerous and plethora of Pope Francis's own prior statements, and, on occasion even selective quotes from the Bible, the author demands that the Church accept and not comment negatively about divorce and adultery.  This, he asserts, will minimize the frequency of those phenomena.

Moreover, despite the horrific nature of sacramental marriage which he depicts, the author nonetheless purports to make a case for encouraging those in irregular unions to become sacramentally married.  The question as to why someone "living in sin" would seek to enter into such an horrific institution is not readily answered, especially since, it would seem, the institution is no longer to be considered de facto indissoluble, even if it is, currently, theoretically de jure indissoluble. Indeed, at one point marriage is actually called a contract in the document.

Moreover, with regard to the so-called concept of graduality, it must be noted that it, effectively, results in Amoris Laetitia asserting that all actions are more or less equivalent. It does this by asserting that even in bad things, good things subsist.  Thus, it follows that bad things are really good. Cohabitation, for example, reflects affection, affection is good, therefore, cohabitation is good.

Further, the so-called concept of gradualness facilitates adulterers (who are in grave sin) receiving Communion.  This is to be accomplished, depending on the facts of the situation.  But one thing is asserted strongly:  No one is to be kept away from Communion forever.

Although only the rapprochement of those in "irregular relationships" is considered, there would appear to be no rational basis for refusing to extend the logic involved to all of those in grave sin.  The reception of Communion by all grave sinners, of whatever kind, is left to the conscience of the sinner and their pastor.  This is one undoubted time bomb of a slippery slope contained in Amoris Laetitia; another is the justification for a married priesthood; and, who knows, perhaps even a gay and married priesthood.  The floodgates have opened, and who are we to judge?

Finally, no one in the congregation has a right to be scandalized by this, it would seem. Scandal and banning from Communion are perhaps only to apply to those who engage in social injustice, something for which Pope Francis unsurprisingly expresses deep disdain.

In terms of discernment, it would appear that all Catholics, including Catholic bishops, now have some discerning of their own to do.  We now await the leadership that has been sorely lacking heretofore.

In the meantime, we are left to reassure ourselves that, well, the Exhortation is not as bad as it could have been. As one jubilant observer put it, “Hey, we really dodged a bullet here!”

Really? So that’s how far down the rabbit hole we’ve plunged, where “dodging heretical bullets” in papal Exhortations is sufficient grounds for a declaration of victory?  (Do these commentators even hear themselves anymore?)

No bullet was actually dodged here, of course. Everything is exactly on schedule. This Exhortation is Act I in an ongoing “synodal process” designed to establish the ‘new Church’ about which we heard so much at the Synod on the Family in Rome last October.

At the final press conference, Cardinal Peter Turkson explained how this new process will work, how it's going to take years to set up this 'new Church', and how at next year's Synod, for example, the question of same-sex unions will be tackled:

Is it an exaggeration to suggest that Rome's Mercy Madness represents the de facto abolishment of one of the two sins against the Holy Ghost? The Catholic Encyclopedia notes that Presumption is a “vice opposed to the theological virtue of hope. It may also be regarded as a product of pride. It may be defined as the condition of a soul which, because of a badly regulated reliance on God’s mercy and power, hopes for salvation without doing anything to deserve it, or for pardon of his sins without repenting of them.”

It would seem that this is not the end but rather the beginning of the crucifixion of the Mystical Body of Christ in the modern world.

[Comment Guidelines - Click to view]
The Remnant values the comments and input of our visitors. It’s no secret, however, that trolls exist, and trolls can do a lot of damage to a brand. Therefore, our comments are heavily monitored 24/7 by Remnant moderators around the country.  They have been instructed to remove demeaning, hostile, needlessly combative, racist, Christophobic comments, and streams not related to the storyline. Multiple comments from one person under a story are also discouraged. Capitalized sentences or comments will be removed (Internet shouting).
The Remnant comments sections are not designed for frequent personal blogging, on-going debates or theological or other disputes between commenters. Please understand that we pay our writers to defend The Remnant’s editorial positions. We thus acknowledge no moral obligation whatsoever to allow anyone and everyone to try to undermine our editorial policy and create a general nuisance on our website.  Therefore, Remnant moderators reserve the right to edit or remove comments, and comments do not necessarily represent the views of The Remnant.
back to top
Last modified on Saturday, April 9, 2016
Tweet
More in this category: « Pope Francis, the Apostolic Exhortation and the Age of Individual Conscience Diocesan Pastor Calls Brother Priests to Stand and Resist, Warns SSPX to Be Wary »