Apollyon Unleashed: The Power to Hurt the Earth and The War on Women Featured 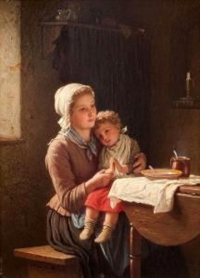 
Catholic culture is ruined. It has been turned upside down and inside out. Nothing means the same thing anymore; nothing makes sense. There is a battle raging for our minds and the Church Militant is losing. There is no will to fight, no banner to uphold, no trumpets to sound or bugles to play. The Catholic world has caved. Abaddon is raging like a bull through the City.

This didn’t happen overnight, and it didn’t start with Vatican II. The death of Catholic culture is the result of decades, centuries even, of idiotic philosophical trends, degenerate literature, and—insignificant as it may seem—the denial of common sense.[1] For a long time, the Catholic people were protected from these intellectual and cultural assaults. There was clear teaching against error. There were warnings and interdictions and excommunications. The shepherds did their job; the wolves were kept at bay.

But that changed. Catholic society has lost its edge, its distinction. It scarcely differs from the prevailing culture. Attitudes, mores, aspirations—all changed, all melded into the borderless glob of life in the modern world.

Human beings have always had a tendency to make a mess of things, but this is different. This disaster was engineered. Beguiled by the glittering world, Rome opened the gates to the change agents, the purveyors of false ideas and degenerate morals. The Hedge of Protection was mown down, the vines uprooted, and the grapes left to rot.

The people didn’t do this. The revolution was imposed on them. Scurrying to be one with the world, revolutionaries in high places rejected the basis of Western philosophy, the teaching of Aristotle and St. Thomas Aquinas, that reality is that which is. They set out to create a new reality, a new understanding, a new religion. The lambs were pushed aside.

The old religion is dead.

I don’t mean the Faith. Nothing can kill that because it is Truth—nor can anyone destroy the Church. We have Our Lord’s promise for that. I mean religion.

That’s why we used the term practicing Catholic. But now people have lost the distinction. They’ve lost the meaning of words. They’ve glommed everything together like one amorphous synonym. They say it’s all the same. But it’s not. Faith is the soul of Catholicism—its heart and mind; religion is its body.

The word religion comes from the Latin religare which means to bind fast. Originally, it referred to the monastic state in which people were bound by vows. (It’s still used that way when we say things like—he entered religion or she’s a religious.­) Later the word extended to refer to the general state of people bound by shared creed, law, and discipline rather than formal vows. It indicated a belief in the divine and imposed a moral obligation. Religion in itself is a rule of life.

This is Part 1 of a 3-part series currently running in The Remnant's print edition. Part II appears in the latest issue and Part III will appear in mid-December. To access the complete series, please subscribe to The Remnant today.
The fulfillment of the diabolical prediction of the Alta Vendita[2] looms before us: “You will have preached a revolution in tiara and in cope, marching with the cross and the banner, a revolution that will need to be only a little bit urged on to set fire to the four corners of the world…Our ultimate end is that of Voltaire and of the French Revolution - the final destruction of Catholicism, and even of the Christian Idea.”[3]

Before the upheaval unleashed by the ecclesiastical revolutionaries, Catholics were bound by a set of behaviors, expectations, beliefs, and obligations. Everyone acknowledged the rules—whether they followed them or not. Whether they marched with the Army of Christ or lagged behind courting the world, no one disputed what the rules were. No one questioned what needed to be done to save our souls. Heaven was the promise if we were faithful.

It was all laid out for us. We each had a place. We each had our armor and our sword. We could go anywhere in the world and recognize our fellow soldiers.

But that Catholic way of life—that shared binding—is gone. It’s every man for himself—everyone is “an army of one,” like the abandoned U.S. Army recruiting slogan.

People say we have to hold on to tradition.

I say we can’t. It’s gone. What remains of tradition is like an old log floating on a tempestuous sea.

You don’t make your own tradition. Tradition is handed down. That’s what the word means—from the Latin tradere, to hand down, to deliver. Tradition links the past to the present and shines a light on the future. It holds people together across oceans and centuries. It transcends nations and empires. That’s why the Church safeguarded it—not just the grand Traditions of dogma, hierarchy, and sacraments, but the lower case traditions, too, the simple things like devotions, calendars, and ancient customs. St. Teresa once said that she would lay down her life for the smallest tradition of the Church. What would she say now?

If tradition is not handed down, there’s nothing to hold. That’s what has happened. The delivery was not made. It was set aside for a new package, a manufactured Catholicism. Precious things, priceless treasures, were deconstructed and recycled for modern man.

But how did this happen? How could everything have fallen apart as it has?

The Angel of the Abyss has been unleashed.

The first attacks were not against the Faith. They were against the Catholic way of life, and they were launched—to the horror of those who had eyes to see and ears to hear—by the hierarchy, the princes of the Church, all the way up to the Chair of Peter.

Long before the imposition of the Novus Ordo and the rampant abuses, both moral and spiritual, three things, vital to any army, were broken down: discipline, morale, and unit cohesiveness. 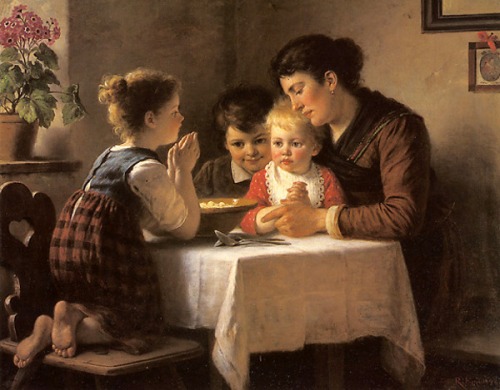 The first target was Woman.

It was so simple. While men build and govern and fight, women carry the culture. They give it birth. They nurture and sustain it. They are the first teachers, the first standard bearers. So, before he laid waste the virile Army of Christ, the Serpent slithered through the front door and poisoned the house.

So long as the mistress of the home did the things women had always done—so long as she held down the fort and kept the home fires burning—the culture was safe. But she didn’t. She couldn’t. It was taken away from her.

It wasn’t women’s lib and pantsuits and professional careers that pushed her from her place of dignity and honor and made her a slave to corporations, politics, and industry. Those things were consequences, not causes. Despite the angry ravings of non-Catholic women like Germaine Greer, Gloria Steinem, and worst of all, Betty Friedan, wives and mothers didn’t start this thing; they weren’t the revolutionaries.

The rants of the feminists couldn’t have destroyed the Catholic home and, subsequently, the Catholic City, without a direct attack on the foundation of domestic strength—the feminine vocation. Her power to direct and guide—to rule her house, to create and teach, to nurture and protect—was subverted. It was an attack from Hell. And it came from the top.

Everybody was taken off guard. The attack was so insidious that, at first, no one knew what was happening. The Malicious One, the twisted fallen angel, the indefatigable enemy of the Church, had once again declared war against Woman. He poisoned his arrows and shot them straight from Rome. It was a three-pronged assault against women: First, in the regulating of daily life; second, in the rhythms of the year; third, and most devastating, in the order of motherhood.

The arrows found their mark. And night fell on Christendom.

To Be Concluded in the Next Two Print Editions of The Remnant
[1] Two books are critical to understanding the background and the future of this disaster: The Death of Christian Culture, by John Senior Ph.D., first published in 1978, and Catholic Prophecy, by Yves DuPont, 1970.
[2] The highest lodge of the Italian secret society, the Carbonari.
[3]The Permanent Instruction of the Alta VenditaPrinted in English in 1885 and discovered in Italian earlier and ordered published in 1859 by Pope Pius IX..

[Comment Guidelines - Click to view]
The Remnant values the comments and input of our visitors. It’s no secret, however, that trolls exist, and trolls can do a lot of damage to a brand. Therefore, our comments are heavily monitored 24/7 by Remnant moderators around the country.  They have been instructed to remove demeaning, hostile, needlessly combative, racist, Christophobic comments, and streams not related to the storyline. Multiple comments from one person under a story are also discouraged. Capitalized sentences or comments will be removed (Internet shouting).
The Remnant comments sections are not designed for frequent personal blogging, on-going debates or theological or other disputes between commenters. Please understand that we pay our writers to defend The Remnant’s editorial positions. We thus acknowledge no moral obligation whatsoever to allow anyone and everyone to try to undermine our editorial policy and create a general nuisance on our website.  Therefore, Remnant moderators reserve the right to edit or remove comments, and comments do not necessarily represent the views of The Remnant.
back to top
Last modified on Monday, November 30, 2015
Tweet
More in this category: « The Real First Thanksgiving Is ISIS Waking Christendom? »