A Papacy of Novelty 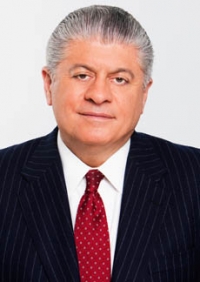 Judge Andrew Napolitano
Editor’s Note: We are very grateful to our friend, Judge Andrew Napolitano (Senior Judicial Analyst for Fox News Channel), for his permission to publish this important article. May God continue to bless him with the courage to speak out at a time when the sheer magnitude of the crisis at hand has induced many good men to grow silent. MJM

What if things are not always as they seem?

What if the enormously popular Pope Francis is popular precisely because he is less Catholic than his two immediate predecessors? What if his theory of his stewardship of Catholicism is to broaden the base of the Church by weakening her doctrine so as to attract more people by making it temporally easier to be Catholic?

What if the pope really believes that rather than resist modernism -- with its here today and gonetomorrowfancies -- the Church should give in to it and even become a part of it so as to appear to be relevant?

What if this is the very opposite of his responsibilities as the Vicar of Christ? What if he rejects his role as the personification of the preservation of Truth and believes he can ignore some truths?

What if the pope thinks, like the big government types in the federal government, that he can change any rule, alter any custom and embrace any heresy in order to advance his novel version of Catholicism? What if he has done so?

What if his radical revision of the process for nullifying Catholic marriages amounts to no more than granting Catholic divorces? What if his making easier reconciliation with the sacraments after participating in an abortion actually diminishes the gravity of killing babies in the womb and encourages more killing? What if he permits Catholics who have remarried outside the Church while still validly married to their original spouse to receive the sacraments?

What if the concept of liberation theology, condemned by Saint Pope John Paul II and Pope Benedict XVI, mixes Marxism and Catholicism -- which are essentially opposites -- and produces a weird result that mocks the Mass, rejects traditional teachings, distributes the Blessed Sacrament to non-believers, rejects the need for oracular confession and holds that all world history is but the continued exploitation of the poor by the rich? What if, before he publicly toured America, he privately welcomed at the Vatican the founder of this perversion of Christianity? What if he embraced and celebrated him?

What if one of the reasons his trip to America was so well received is because so many in the media embraced him? What if the media embrace him precisely because his version of Catholicism is not consistent with tradition? What if those in the media who embraced him are not Catholics? What if he seemed more concerned last week with the way we treat the Earth than with the way we treat each other?

Please support The Remnant. We need your help!

What if his passion for the cause of the uber-environmentalists finds no place in Catholic dogma?

What if the capitalism that informed the pope as a young man, the “business” he told Congress he favored, is really the fascism of Argentina in the 1950s and 1960s? What if that fascism -- private ownership and government control of economic activities -- is akin to the corporatism of today so favored by both American political parties?

What if that corporatism is really a two-way street? What if the corporations that are burdened by the government also benefit from it? What if the same government that grants welfare to the poor and tax breaks to the middle class also grants bailouts to select corporations? What if the pope understands this and embraces it and is attempting to further it by using the moral force of the papacy to support it?

What if, when the pope emphasized the Golden Rule when he addressed Congress, he was not talking about the moral obligation of individuals, but the duty of the government? What if the pope’s muted message that we are our brothers’ keepers was not addressed to us in the Judeo-Christian individualist sense, but to the government in an authoritarian sense?

What if this papacy of novelty is as unsuccessful as Vatican II and churches soon empty because the Church changes with the wind, embraces the cult of personality and is disinterested in the Truth?

What if Truth is immutable? What if novelty is the opposite of Truth?

This article is a sneak preview of the next print-/e-edition of The Remnant.

Have you subscribed yet?

[Comment Guidelines - Click to view]
The Remnant values the comments and input of our visitors. It’s no secret, however, that trolls exist, and trolls can do a lot of damage to a brand. Therefore, our comments are heavily monitored 24/7 by Remnant moderators around the country.  They have been instructed to remove demeaning, hostile, needlessly combative, racist, Christophobic comments, and streams not related to the storyline. Multiple comments from one person under a story are also discouraged. Capitalized sentences or comments will be removed (Internet shouting).
The Remnant comments sections are not designed for frequent personal blogging, on-going debates or theological or other disputes between commenters. Please understand that we pay our writers to defend The Remnant’s editorial positions. We thus acknowledge no moral obligation whatsoever to allow anyone and everyone to try to undermine our editorial policy and create a general nuisance on our website.  Therefore, Remnant moderators reserve the right to edit or remove comments, and comments do not necessarily represent the views of The Remnant.
Last modified on Thursday, October 1, 2015