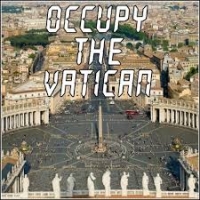 Every radical political movement requires academics to justify its existence. Occupy enjoyed its own fair share of university elites, who joined in the political theatre in a desperate attempt to legitimize the anarchists. Professors would drop by, mount a crate, spout off some radical platitudes about income equality, the evils of capitalism, and then genuflect at the altar of anarchism.

Occupy’s battle cry was “we are the 99%, we want our fair share from the 1%.” In between mass arrests for violent lawbreaking, the daily demagogic diatribe sounded the alarm of incessant class warfare rhetoric sprinkled with anti capitalism and wealth redistribution plots.

Curiously, the most visible, rabble rousing professor at Occupy suddenly surfaces, two years later, at the Holy See. Columbia University’s Jeffrey Sachs reemerges with his anti-capitalist rhetoric just in time for the Pope’s climate conferences. Obviously, this is a match made in heaven, since Pope Francis invited Sachs 7 times to the Vatican to mount the papal eco pulpit and preach, as the papal environmental expert and close advisor.

Watch Sachs in action at Occupy, as he excoriates “the 1% for wrecking the planet” and demands that “we want our planet back from

While at the Vatican, Klein lavishly praised the environmental message of Pope Francis’ encyclical. They are kindred spirits. Like other Vatican experts, Naomi Klein brought her radical brand of anti capitalism wrapped in eco activism to the papal court.

Surely, Klein enjoyed street cred with the Occupy anarchists and the Vatican since she protested the Keystone XL pipeline in front of the White House and she was arrested. The Vatican hates big oil and dismisses any critics of Pope Francis as “big oil interests.” Klein never passes up an opportunity to create or participate in a street demonstration. She even exhorts and whips up the crowd at the Vatican press conference:

Listen, too, to the voices of the hundred of thousands who will be on the streets of Paris outside the summit (COP21), gathered simultaneously in cities around the world. This time, they will be saying more than “we need action.” They will be saying: we are already acting.

A disturbing trend has emerged at the Holy See under Pope Francis. Advocating for eco driven socialism at Occupy Wall Street seems to be a prerequisite for an invitation to speak at a Vatican environmental conference. It appears that radicals are the favored faithful at the Vatican.

At the July Papal Mayoral Climate Conference, only leftist disciples, like Gov. Jerry Brown were invited to the meeting. Especially noteworthy in attendance was New York Mayor Bill de Blasio, who prominently spoke at the Vatican forum. Not surprisingly, DeBlasio is another avid supporter of Occupy who visited Zuccotti Park. He praised the protestors as a

Abbie Hoffman, the 60s radical revolutionary once said that “a modern revolutionary group heads for the television station” for publicity and affirmation.

Please Help The Remnant Stay in this Fight!
Published in Remnant Articles

[Comment Guidelines - Click to view]
The Remnant values the comments and input of our visitors. It’s no secret, however, that trolls exist, and trolls can do a lot of damage to a brand. Therefore, our comments are heavily monitored 24/7 by Remnant moderators around the country.  They have been instructed to remove demeaning, hostile, needlessly combative, racist, Christophobic comments, and streams not related to the storyline. Multiple comments from one person under a story are also discouraged. Capitalized sentences or comments will be removed (Internet shouting).
The Remnant comments sections are not designed for frequent personal blogging, on-going debates or theological or other disputes between commenters. Please understand that we pay our writers to defend The Remnant’s editorial positions. We thus acknowledge no moral obligation whatsoever to allow anyone and everyone to try to undermine our editorial policy and create a general nuisance on our website.  Therefore, Remnant moderators reserve the right to edit or remove comments, and comments do not necessarily represent the views of The Remnant.
back to top
Last modified on Friday, August 21, 2015
Tweet
More in this category: « Does Pope Francis Really Believe the Gospels? The Way It Used to Be »