Pope meets representatives of LCWR at the Vatican

The conclusion means that the Holy See has approved new statutes and bylaws for the American religious, after the investigation aimed at ensuring more harmony with Church teachers. READ CATHOLIC HERALD STORY HERE

REMNANT COMMENT: I guess Teilhard de Chardin’s ‘cosmic Christ’, which is warmly embraced by these radical nuts nuns is now officially in harmony with what the Church teaches. 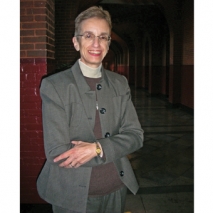 On the Cosmic Christ, for example, one of the leading lights of the LCWR, Franciscan Sister Ilia Delio, gave an interview to USCatholic.org back in 2012 in which she noted that “God seeks to be incarnate in an expanding incarnation. The Christ is waiting to be born anew, if I can put it in that language. But Christ cannot be born anew without our saying yes to bringing Christ into the world.”

On Prayer, Sister Delio sounds very much like Francis: “The first thing is prayer. I don’t mean just saying prayers, such as the Our Father or Hail Mary. I mean really praying to know yourself first of all.”

Yes, who needs the Our Father and Hail Mary anymore! That is so embarrassingly medieval. To truly pray (and thus to fully enter the Age of Aquarius) you must first know yourself, which can start with simple conversations, such as: "Hello, self. How are you today?"

On Doctors of the Law: “We’ve become too analytical. Our approach is about law: Do good, avoid evil. But the mystic is one who, through prayer, enters into the mystery of God as love. Christian life is first of all a mystery, the mystery that the incredible, incomprehensible love of God is the source of all that we are.”

We are Part of the Cool, Cosmic Christ: “We tend to focus on the historical life of Jesus: He was a good man. He lived in Nazareth. He went about preaching the gospel, doing good things, healing the sick and raising the dead. We have this idea that if we dutifully follow the pattern of life Jesus laid down for us, we’re guaranteed salvation. But to say Jesus is the Christ means that he is the long-awaited fullness of God’s presence…The point is that just as Jesus is the Christ, we, too, are part of the Christ mystery, the Word-made-flesh, God’s love incarnate, which has evolved through 14 billion years.”

Yeah, man! Don’t be content to “dutifully follow the pattern of life Jesus laid down for you”! I mean, what did He know about our modern age? What you want to do is get down with the “long awaited fullness of God’s presence” cuz that’s how you become truly spiritual rather than just childishly religious.

On Climate Change? “Cosmic christology calls us to be in relationship to created things as a sister or brother. We are all part of the one cosmic family. Would you really abuse and misuse and manipulate a person or thing you claim to love? I hope not. In that respect we have misused the things of the earth. We’ve been very selfish and self-centered, and we have not treated the rest of creation with a sense of dignity, respect, or reverence.”

The Cosmic Family recycles too, by the way, and always choses paper over plastic!

On Islam: “Say you meet a Muslim…The first thing you realize is that before you is an icon of Christ. This Muslim is one in whom God lives, which means you must be patient and show respect for and interest in that person. In this Muslim, God is revealing God’s self. A mystical Christian encounters a person as an encounter with God. This is incarnation now. We allow that person to be who they are because that’s the person God created. I think it’s a matter of looking at the person as an icon of God—one in whom God is shining through.” Tell that to this guy, Sister! 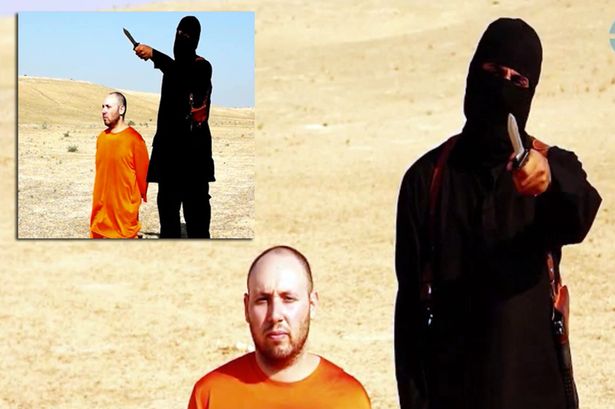 On Ecumenism: “One thing we have to say is that other religions are not outside the Christ mystery. They are part and parcel of that mystery. That’s why dialogue with the world’s religions is very important. How will we build the bridges of God’s love unless we know other religions and their people? I think there is more good to discover in other religions than to be wary of.

Yes, and this is why St. Paul was such a nut: “Now the Spirit manifestly saith, that in the last times some shall depart from the faith, giving heed to spirits of error, and doctrines of devils, speaking lies in hypocrisy, and having their conscience seared.” (1 Timothy, 4, 1)

On Violence Against Christians (which is apparently the fault of the rigorist, rules-following Christians themselves):  “We Christians are called to be bridge builders, and unless we do that, we are going to continue to suffer violence in the world because a lot of the violence is religious in nature.”

On Salvation: “Jesus sets the pattern for what makes salvation possible. And salvation is really being made whole…To be saved is to respond to and accept the love of God in our lives, that grace of God that makes us whole. If we are whole, then what? We help make others whole as well.”

God help us, no wonder the Vatican of Pope Francis is now totally down with these gals!

Wanna know what the Church REALLY Teaches?  Subscribe to The Remnant Today?

[Comment Guidelines - Click to view]
The Remnant values the comments and input of our visitors. It’s no secret, however, that trolls exist, and trolls can do a lot of damage to a brand. Therefore, our comments are heavily monitored 24/7 by Remnant moderators around the country.  They have been instructed to remove demeaning, hostile, needlessly combative, racist, Christophobic comments, and streams not related to the storyline. Multiple comments from one person under a story are also discouraged. Capitalized sentences or comments will be removed (Internet shouting).
The Remnant comments sections are not designed for frequent personal blogging, on-going debates or theological or other disputes between commenters. Please understand that we pay our writers to defend The Remnant’s editorial positions. We thus acknowledge no moral obligation whatsoever to allow anyone and everyone to try to undermine our editorial policy and create a general nuisance on our website.  Therefore, Remnant moderators reserve the right to edit or remove comments, and comments do not necessarily represent the views of The Remnant.
Last modified on Saturday, April 18, 2015